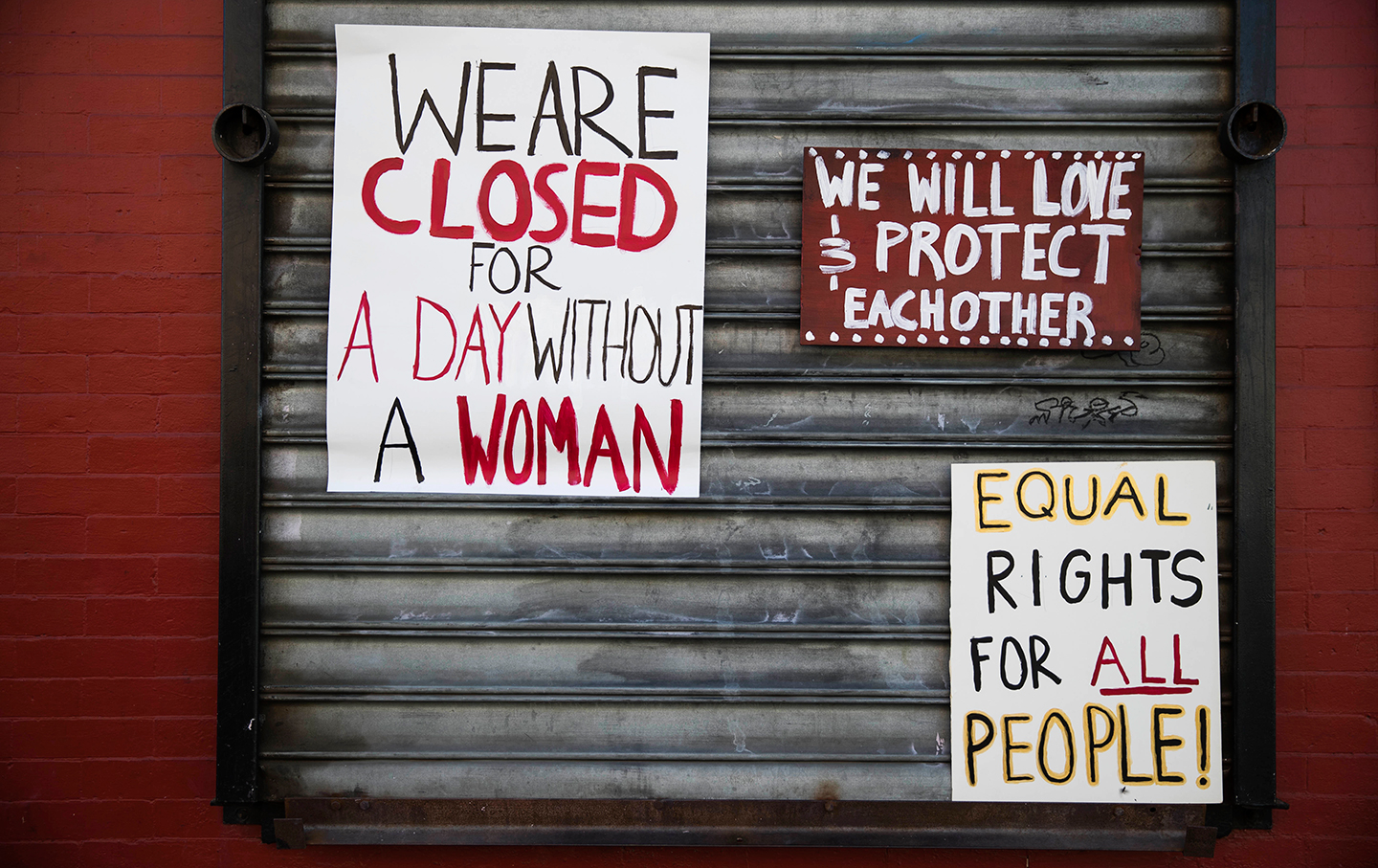 Signs are posted at the Grindcore House restaurant shuttered in solidarity with "A Day Without a Woman" in Philadelphia, Wednesday, March 8, 2017. (AP Photo / Matt Rourke)

Joshua Holland surveys the new grassroots resistance groups that have sprung up since the election—he found more than 75, and that number is likely growing.

Indivisible is the biggest of these groups, with more than 5,000 local groups, at least two in every Congressional district. Jeremy Haile explains—he’s one of the authors of the Indivisible Guide.

March 8 was International Women’s Day, and Rebecca Solnit was on strike during it. She talks about about the exciting shape feminist activism has taken over the last few year—she calls it “fearless,” “unapologetic” and “gorgeously transformative.” Rebecca’s new book is The Mother of All Questions.