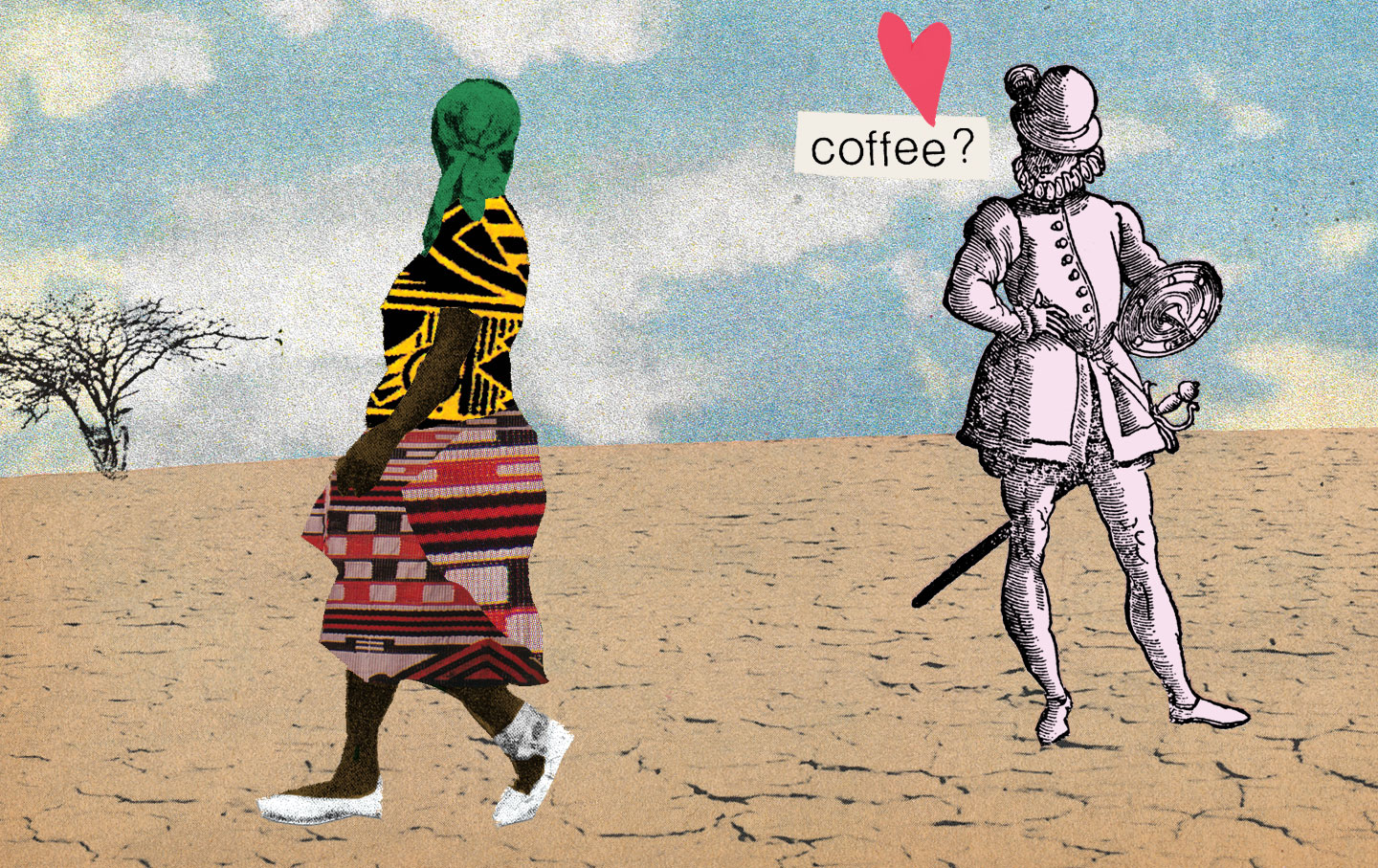 I’m an expat NGO worker living in rural West Africa, and I’m struggling to navigate the dating scene appropriately. The power asymmetry—stemming from my gender and comparative wealth—seems to create a gap between me and my would-be sweethearts too vast for any amount of privilege consciousness to traverse. Most pointedly, any semblance of a relationship devolves into a transactional exchange of materials and sex (at least so it feels to me). Obviously there are power dynamics in any relationship, but do you think there are limits beyond which equitable, loving relationships are not possible? Or am I thinking about this in the wrong way?    —Privileged American Male

Are you working on a screenplay about the experiences that have provoked this question? Please say yes. But in any case, let’s acknowledge that there are indeed some power dynamics that completely preclude equitable relationships; for example, there have been reports of humanitarian-aid workers in poor or war-torn countries exchanging desperately needed food and money for sex. This is an ugly example of NGO staffers abusing their power over vulnerable people in morally abhorrent ways.

But you are not considering sex for basic necessities, and the women in your village are most likely not starving. Most saliently, Privileged, they may not feel exploited by the dynamic you’re describing. Danish social scientist Christian Groes-Green studied dating between well-off expat European men and younger, poorer black women in Maputo, Mozambique. He found that the men were expected to shower their girlfriends with gifts and even cash, and that Westerners and Mozambican women viewed this exchange in sharply contrasting ways. European expat observers tended to judge such relationships harshly, assuming that the men were exploiting the women (for sex). The men themselves worried that the women were exploiting them (for their money). But the Mozambican women took a different view, feeling that as women, they were beautiful and valuable, and that men who could afford to show their appreciation in a concrete, material way should do so. Some felt slighted if they had sex with a wealthy Western man and received no money or presents in return. One young woman was in tears over such an experience: How could she know whether he’d enjoyed the sex when he didn’t give her anything the next morning? The experience left her feeling disposable and devalued. The Maputo women also viewed the transactional nature of their relationships as a matter of redistribution and fairness, believing on principle that men should give money to women and, especially, that rich men should give money to poor women.

Obviously, I’m not trying to say that Maputo, a large capital city in southern Africa, is just like your West African village. Your guilt over this may be culturally specific, but a large body of anthropological research suggests that Groes-Green’s findings aren’t unique to Mozambique; in many countries, poor women don’t find transaction to be at odds with love or romance. And not just poor women—in fact, we find some element of materialism in courtship all over the world. After all, while they may be more subtle or conflicted about it, many Western women (and young men) still expect older, well-off men to buy them stuff (at least drinks), but people fret about this, worrying that romance shouldn’t have these commercial elements. This is part of what Moira Weigel has called dating’s “prostitution complex.”

So what should you do? Find a local woman whose company you enjoy, someone who is interested in you. You don’t say whether you share a common language with the women in your village, but it sounds as if you may need to work on communication. As you would when getting to know someone new in any setting, ask her what she’s looking for in a relationship with you, and think about whether it’s something you can provide. You may need to get more comfortable with giving her money and  presents, even in the context of a fun and loving relationship.

It’s possible that nakedly transactional relationships conflict too deeply with your values, and in any case there may be other barriers to dating local women (religious differences, disapproval of families). If so, all is not lost. Many other expat humanitarian workers are seeking sex and company, just as you are, and they have more ways to meet one another than in the past. Such relationships present their own challenges: They are usually long-distance, and many aid workers eschew committed attachments. Even the logistics of visiting can be tricky, especially if one person is in a war zone or other high-security site. But dating a fellow humanitarian can be an alternative to navigating the power divides you’re now discovering. Do check out Humanitarian Dating.com, a website founded in 2007 by two aid workers (a couple who’d carried on an e-mail courtship between Ethiopia and Myanmar before settling down together in Amsterdam). The site is used by romance-seeking humanitarian and development workers all over the world, as well as by other activists.

I have a friend who I really like and feel is a very good person. Thing is, she constantly refers to herself as a socialist, but she’s always supporting Democrats and watches MSNBC on the regular. I feel she really doesn’t understand what socialism is, and is more akin to a Lawrence O’Donnell type of “I’m a socialist.” Do I point this out to her? And if so, how do I do it in a kind way? —Fed Up

No. Socialism isn’t like your favorite Norwegian electronica act, Fed Up; it doesn’t become uncool as soon as somebody from the unenlightened American mainstream likes it. Socialism will only ever matter when it becomes a mass movement, which will surely include dorky MSNBC watchers. We should be so lucky.