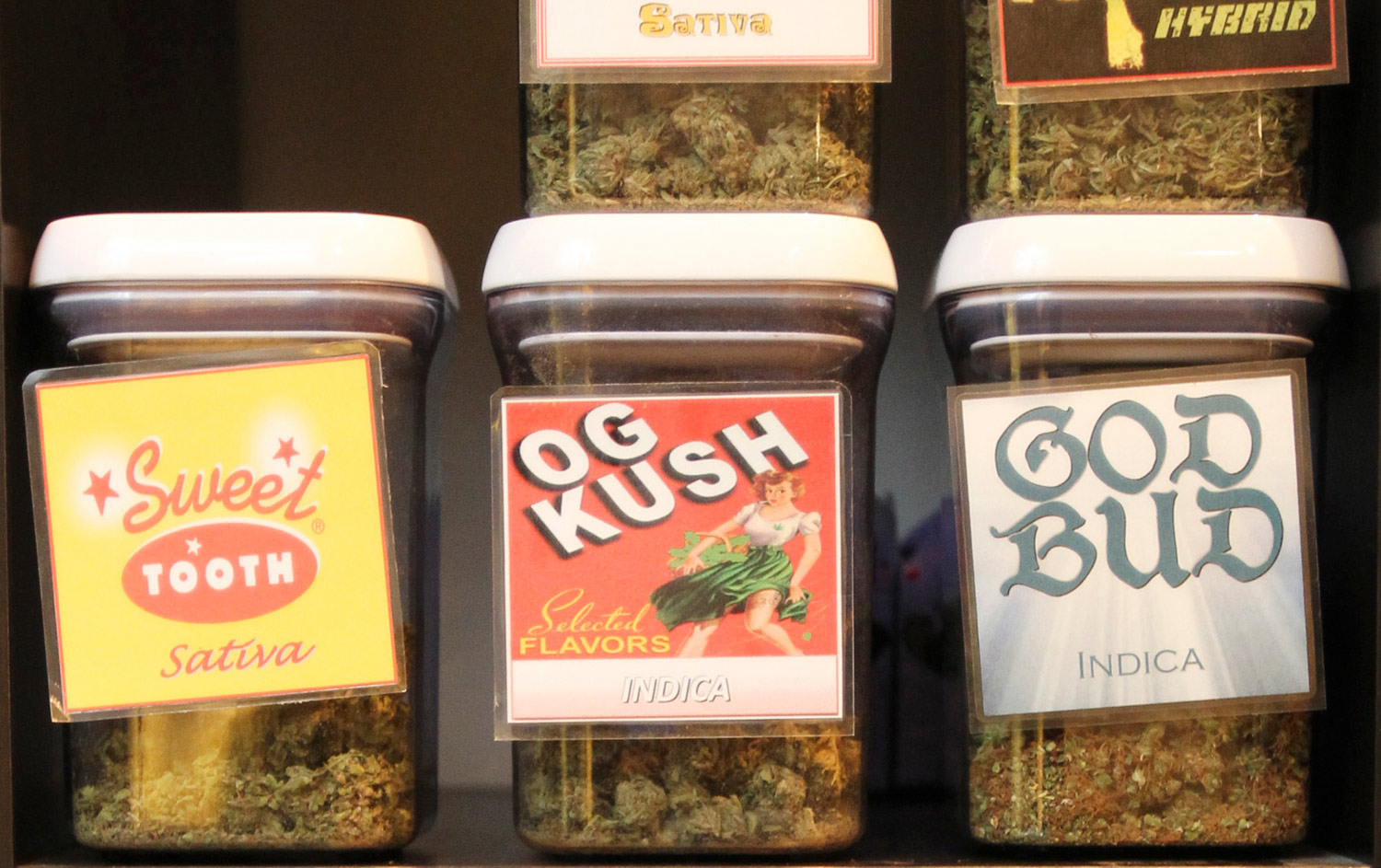 Presidential debates, as organized by the lamentable Commission on Presidential Debates, are deliberately boring. Most of the questions asked of the candidates are little more than invitations to repeat their most shopworn talking points. And, worse yet, there has been a recent trend toward asking candidates to critique their opponents—literally asking for more of the talking-head punditry that extinguishes whatever enthusiasm might be generated by a clash of ideas.

What to do? Why not ask Hillary Clinton and Donald Trump some pointed questions about legalizing marijuana?

Arizona will be voting this fall on whether to legalize the possession and consumption of marijuana by persons who are 21 years of age or older. If passed, Proposition 205 (The Regulation and Taxation of Marijuana Act) would establish a Department of Marijuana Licenses and Control to regulate the cultivation, manufacturing, testing, transportation, and sale of marijuana. It would set a 15 percent tax on retail marijuana sales, with revenues allocated to public health and education.

Proposition 205 would establish a Department of Marijuana Licenses and Control to regulate the sale of marijuana.

While manufacturers of synthetic painkillers and other corporate interests oppose the measure, it has earned support from educators, physicians, public-health advocates and supporters of criminal-justice reform. Among the statements filed in support of a “yes” vote with the Arizona secretary of state is a reflection from a pair of retired Drug Enforcement Agency agents, Michael Capasso and Finn Selander:

You might not expect two federal drug agents with more than 40 years experience combating marijuana proliferation in America to support an initiative to legalize the drug’s sale in Arizona. But we do. And it is because of our experience.

Each of us put in 20 or more years in the Drug Enforcement Administration and other law enforcement entities. And both of us realize that marijuana prohibition is a failed drug policy that should end.

Prohibition doesn’t keep marijuana off our streets or decrease use. And it certainly doesn’t keep marijuana out of the hands of teens. But prohibition does result in billions of dollars in profits flowing to drug cartels. This drug money fuels lavish lifestyles among drug lords and deadly violence among rival cartels aiming to protect smuggling territory and street corners. We have seen the consequences of America’s marijuana prohibition policies. It is long past time to allow adults to legally buy marijuana. Taxation and strict regulation should be the mantra when it comes to marijuana. Now that we are retired from the DEA, we can speak out and say that marijuana should be taxed and regulated to keep profits from ruining our streets and causing mayhem south of the border.

In addition to money headed to drug cartels, police forces throughout Arizona and the nation spend billions to combat marijuana trade. It’s all for naught. We were a part of that wasted effort. Playing cat and mouse games with cartels members in the U.S. and abroad proved to be a waste. Keeping a substance less harmful than alcohol out of the hands of adults continues to prove useless.

We support Proposition 205 because cartels should not continue to rake in our dollars and create havoc on our streets.

So how about these two questions for Clinton and Trump:

1. Both of you have campaigned in Arizona, where polls suggest the presidential race is close. On the same November 8 ballot where voters will be asked to choose between your candidacies, they will also be asked whether they would like to legalize marijuana and establish a strictly regulated system for its cultivation, manufacturing, testing, transportation and sale. By this point, both of you should be well aware of the arguments for and against legalizing marijuana. If you were voting in Arizona, how would you cast your ballots: “yes” for legalization or “no” for continued prohibition?

2. If either or both of the candidates answer “no,” or try to waffle on the issue, read the statement from the retired DEA agents, and then ask: How do you respond to the arguments of people with experience, such as Agents Capasso and Selander, who write that prohibition doesn’t keep marijuana off our streets or decrease use but that it does does result in billions of dollars in profits flowing to drug cartels? Aren’t there sound domestic and foreign-policy arguments for legalization?

Yes, of course, Donald Trump might still argue that a wall would somehow solve every problem. Hillary Clinton might still try to suggest that settled issues need more study. (And viewers might really start to wish that Libertarian Gary Johnson and Green Jill Stein were on the stage to present alternative views.) But the debate about legalizing marijuana, which has for too long been neglected at the highest levels of American politics, would finally be given the hearing it deserves.