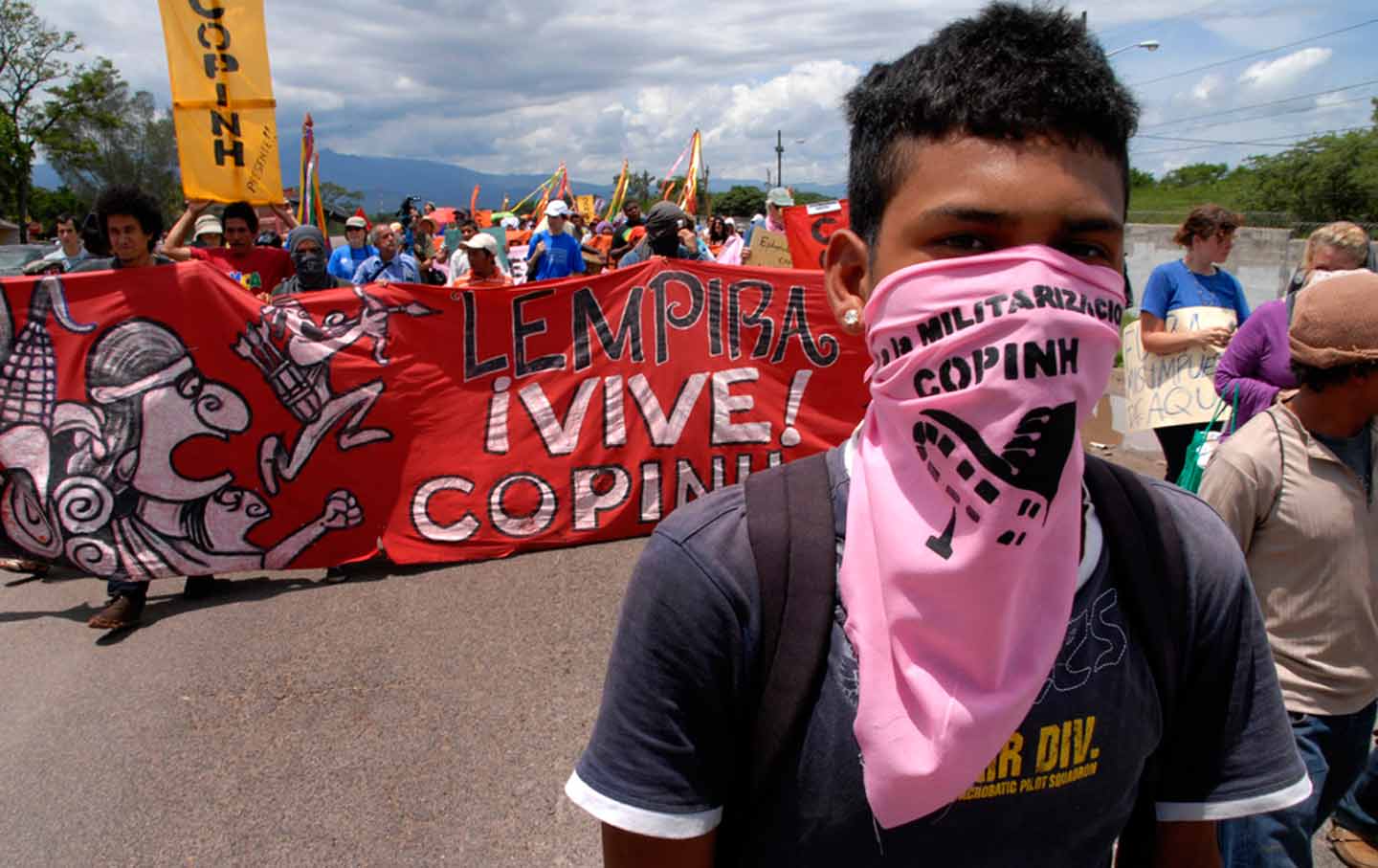 Members of COPINH march in front of the American military base in Palmerola, Honduras. (Felipe Canova, CC BY-NC 2.0)

Two weeks ago, a Honduran death squad murdered Berta Cáceres, a prominent Lenca and environmental activist. Her murder continues to receive a good deal of attention in the United States, since she was killed by the coup-regime that Hillary Clinton, as secretary of state, supported and legitimized. Cáceres herself had, before her murder, directly criticized Clinton. Responding to her death, the Clinton campaign denied that Clinton had any responsibility: “simply nonsense,” said a Clinton spokesperson, who described the candidate’s role in Honduras as “active diplomacy.”

Yesterday, March 15, as Clinton racked up a series of primary wins, Nelson Noé García Laínez, another indigenous member of Cáceres’s organization, the Consejo Cívico de Organizaciones Populares e Indígenas de Honduras (COPINH), was executed, gunned down by two men in his home. García was 39 years old and was shot four times in the face. Earlier that day, government security forces violently expelled 150 families from a land occupation in northern Honduras that García led. The Honduran government said the eviction was “peaceful.”