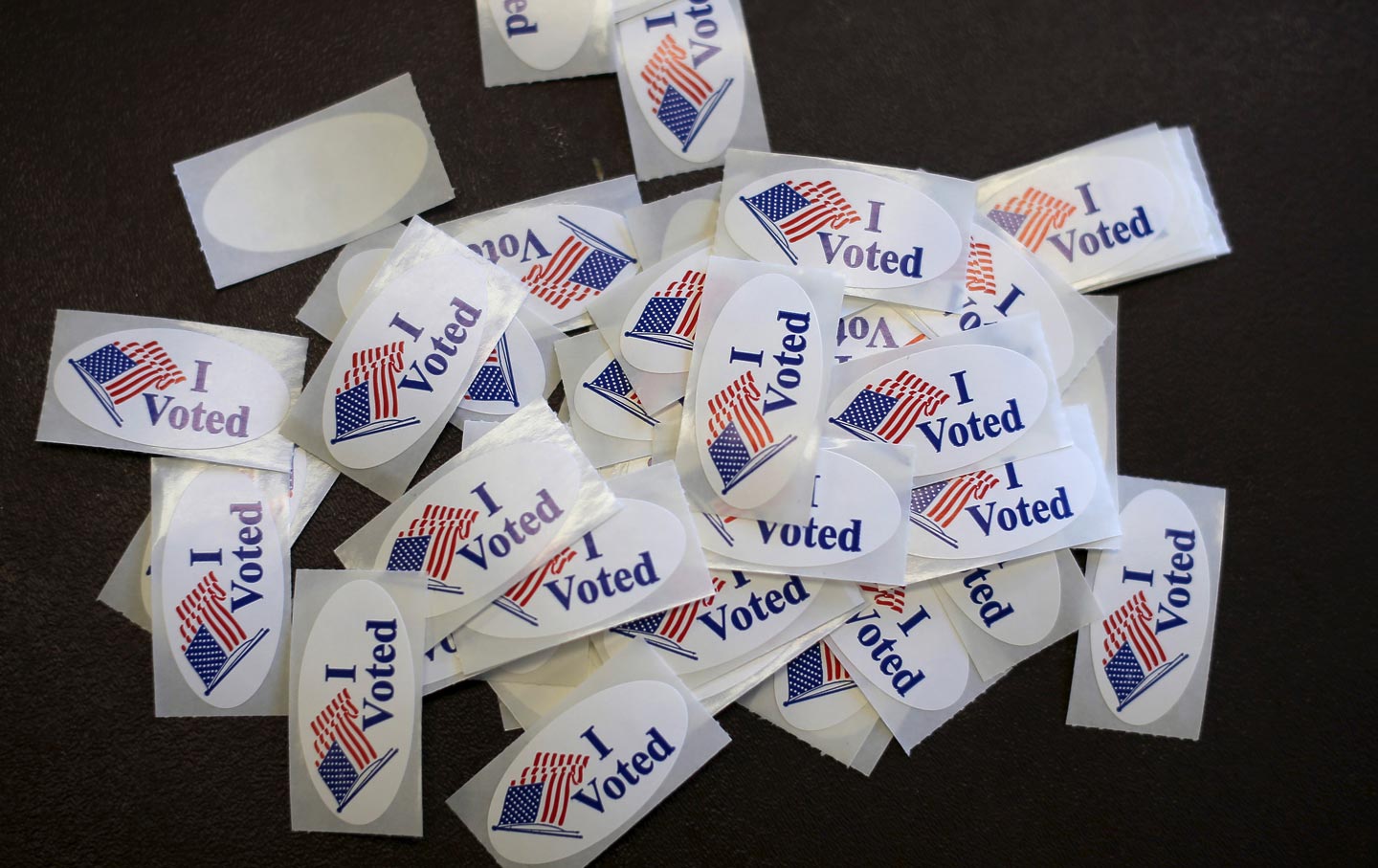 Political science tells us Hillary Clinton will win the election—the poll numbers are so clearly in her favor. As of this moment, the authoritative FiveThirtyEight “polls only” forecast says Clinton’s chance of beating Trump is 86.6 percent. But polling is an inexact science, and a lot of pundits are asking: Could the polls be wrong this time?

The first problem they point to is that some Trump voters might be lying to the pollsters. “How Many People Support Trump but Don’t Want to Admit It?” Thomas Edsall asked in a recent op-ed. Some voters don’t want to tell a live interviewer that they back a candidate who has been so offensive and outrageous. The pollsters call this “social desirability bias”—“the desire of respondents to avoid embarrassment” in speaking with interviewers on the phone. But on November 8, in the privacy of the voting booth, they will cast their secret ballot for the Republican.

It’s happened before—in California, where I live, we call it “the Bradley Effect.” Tom Bradley, the first black mayor of LA, ran for governor in 1982, and all the polls said he would win—but on election day he lost. White voters broke with Bradley in far higher numbers than polling predicted, and many at the time wondered if it was because he was black. This year we wonder how many men will refuse to vote for Hillary because she’s a woman. They know they’re not supposed to say it, but that won’t stop them from doing it.

The second problem is that the pollsters’ standard criteria for “likely voters” may not work this year. If you are in the polling business, it’s not hard to call people and ask whom they plan to vote for. The hard part is deciding whether to count them as “likely voters”—because more than 40 percent of Americans eligible to vote have not cast a ballot in the last two presidential elections. So all pollsters rank the people they poll on the likelihood of their voting.

On this count the 2012 election was a nightmare for the venerable Gallup poll: They predicted Romney would beat Obama. In their mea culpa afterward they said their number one error was “misidentification of likely voters.” A Pew Research study this year declared that “incorrect forecasts about who will vote . . . may be the most serious” problem facing pollsters. Gallup in 2012 missed Obama supporters because they were ranked “not likely” to vote; pollsters worry the same thing might happen this year with Trump supporters.

Nate Silver of FiveThirtyEight has complained about the traditional “likely voter” methodology. It’s pretty straightforward: They ask if the voter is registered, if he intends to vote, if he knows where his polling place is—and whether he’s voted in the past. The most important criterion for a “likely” voter is whether they voted in the last election. If they didn’t, they are typically judged “not likely” to vote, and they are not counted in the poll results. That’s the science of opinion polling, based on historical experience.

But the scientists are not unanimous about this methodology. “A voter can tell you he’s registered,” Nate Silver wrote in 2008, “tell you that he’s certain to vote, tell you that he’s very engaged by the election, tell you that he knows where his polling place is, etc., and still be excluded” from the results if he didn’t vote in the past. Silver thought that if a voter said he intended to vote, he should be counted in the poll results.

So pundits like Silver are worrying that pollsters are using the wrong definition of “likely voter” this time. In fact, that’s what Trump is counting on. His campaign is betting on people who have not voted recently—especially white working-class men alienated by the whole system, who wouldn’t vote for Obama because he is black, but wouldn’t vote for Romney because of his corporate-CEO status. They may get themselves to their polling place this year, for the first time in a long time, to cast a vote for Trump.

Pollsters do measure “intensity” of political preferences. Gallup, for example, asks whether support for a candidate is felt “strongly” or not. The assumption of course is that those who hold their views “strongly” are more likely to show up on election day than those who say they are simply expressing a preference. In 2012, 60 percent of Obama backers supported him “strongly” (the comparable figure for Romney supporters was 38 percent).

You’d be forgiven for thinking that this election has seen voter “intensity” reach new heights. However, a July poll found the level of “strong” support was about equal for both Clinton and Trump—and strikingly low: Pew found in that poll that “fewer than half of both candidates’ supporters said they backed their candidate strongly,” with 45 percent each. The equal proportions suggest intensity is not going to skew the poll results this year.

The final problem is one everyone knows: the uniqueness of Trump himself. All of political science is based on history, on the idea that patterns in the past will continue in the future. It makes sense: People who voted for Obama in 2008 and 2012 are unlikely to vote for Trump this year. But Trump is so different from every other candidate in the recent past that pundits fear he could break out of the historic patterns of voting.

That’s pretty much what happened in the primaries, when so many experts said with great conviction that Trump couldn’t win. Their reasoning was strong: He had no ground game, no field operation working to get his supporters to the polls on election day; he had no TV ads, which candidates all consider essential; he wasn’t raising money, or spending it. He had no real campaign organization and no experience in politics. In the past, candidates like that never won. But, of course, the Republican primaries were different this time.

But here’s the thing: The problem with the predictions about the Republican primaries wasn’t actually the polls. The polls’ predictions were largely borne out by the results. In fact, the problem was that the pundits were ignoring the polls. “Trump led in the vast majority of polls,” Harry Enten of FiveThirtyEight wrote at the end of the primaries. FiveThirtyEight had 549 polls in their national primary polling database during the primaries; Trump led in 500—in 91 percent. Most if not all of those polls used conventional definitions of “likely voters,” and any “social desirability bias” didn’t end up making the pollsters wrong about the extent of Trump’s support.

So for all the hand-wringing over the polls, maybe the best way to predict the results in November is not to discount the polls. Instead, maybe we should rely less on the pundits who say the polls could be wrong, and more on the polls themselves, which have been pretty accurate about Trump’s support so far this election season. Of course things could change in the next 90 days, but the polls right now are clear: Our next president is Hillary Clinton.