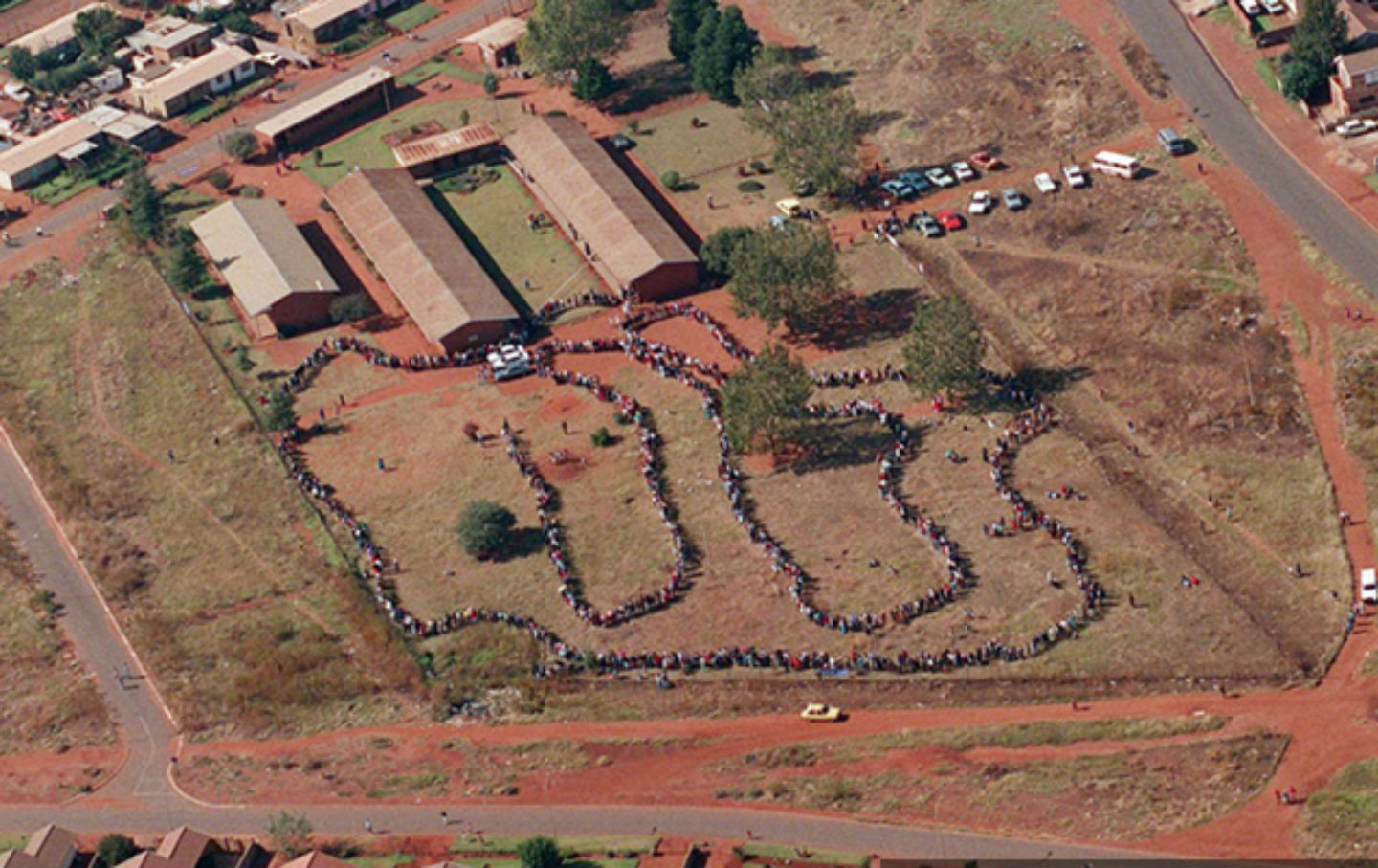 Millions of South Africans lined up to vote in the country's first multiracial democratic elections in 1994. (Australian Electoral Commission)

The Nation fiercely opposed apartheid from the beginning, with an article by a South African journalist using the pseudonym John Porter, published in November 1948, just after Nationalists won election promising complete segregation of the races. In 1966 a reviewer of his memoir Long Walk to Freedom called Nelson Mandela “a man of courage and deep integrity, a tragic and noble figure,” and in 1991, the playwright Arthur Miller interviewed Mandela for The Nation. This editorial, “Right of Passage,” appeared in the Nation of May 16, 1994, just after the election that would make Mandela president.

The soul of South Africa’s transition to democracy is to be found in those voters, many of them aged and infirm, who refused to budge when polling stations failed to open. They had been waiting all their lives for this moment—nothing would deter them from making the “X” that signified their passage to full citizenship in the land of their birth. The mood countrywide was peaceful, festive and in some areas jubilant, but more often serious and appropriately solemn. From illiterate rural women in destitute homelands to Johannesburg’s well-heeled bourgeoisie, from edgy young township comrades to stolid Afrikaner farmers, there was an overwhelming sense of the historic moment. It was as if all South Africans, black, white and “coloreds” alike, were voting for the first time in their lives.