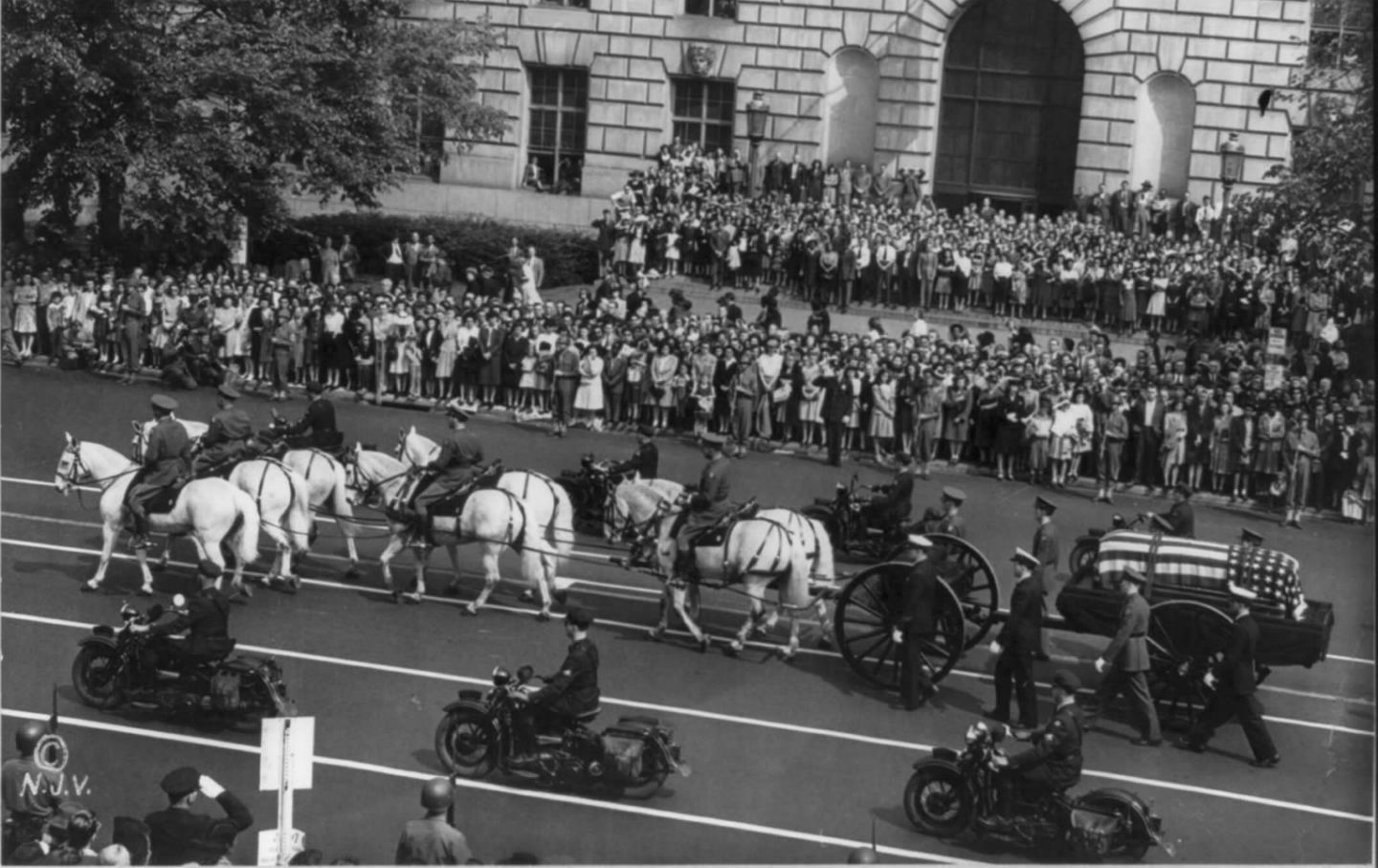 The Nation had tentatively supported Rooesvelt throughout the New Deal, arguing that he should and could have done more. They thought his programs insufficient, published an essay by socialist leader Norman Thomas calling for the nationalization of banks and called the New Deal “a half-baked capitalism with so-called liberal trimmings.” But the magazine supported his 1937 scheme to remake the composition of the Supreme Court, urged entry into World War II and endorsed Roosevelt for re-election in 1940 and 1944. Freda Kirchwey’s editorial after his death, “End of an Era,” captures the emotions of the hour.

President Roosevelt’s hold on the imagination of people everywhere is a phenomenon whose immense political importance will be even more apparent now than while he lived. We shall realize now to what degree he was identified in the minds of men and women in other countries with the disinterested power of America, its reckless vitality, its commitment to the cause of freedom and international recuperation. All these qualities with which a suffering world has hopefully endowed this country were embodied in the person of our dead President. To countless millions, he was America. We shall realize, too, how completely he had come to represent in our own minds similar elements in the nation’s domestic make-up. The ordinary people of the Untied States had, to an extraordinary degree, accepted the President’s acts as a measure of the country’s advancement and consigned to his hands their interests and hopes. They did not trust the Democratic Party or the Administration as a whole; they trusted Roosevelt. Even when he seemed to compromise or retreat they were content to wait until he found it expedient to swing back to his own basic line. To millions of Americans, he was the New Deal, all it gave or promised them personally. The political consequences of this sense of identification between the leader who has gone and the people who followed him will be felt in every part of our society. Men fighting in the mountains of northern Italy, workers on assembly lines in Detroit or Los Angeles will be inclined to new ways of thinking and acting because he is dead. Heads of state will orient their policies differently. Business men will make new plans.