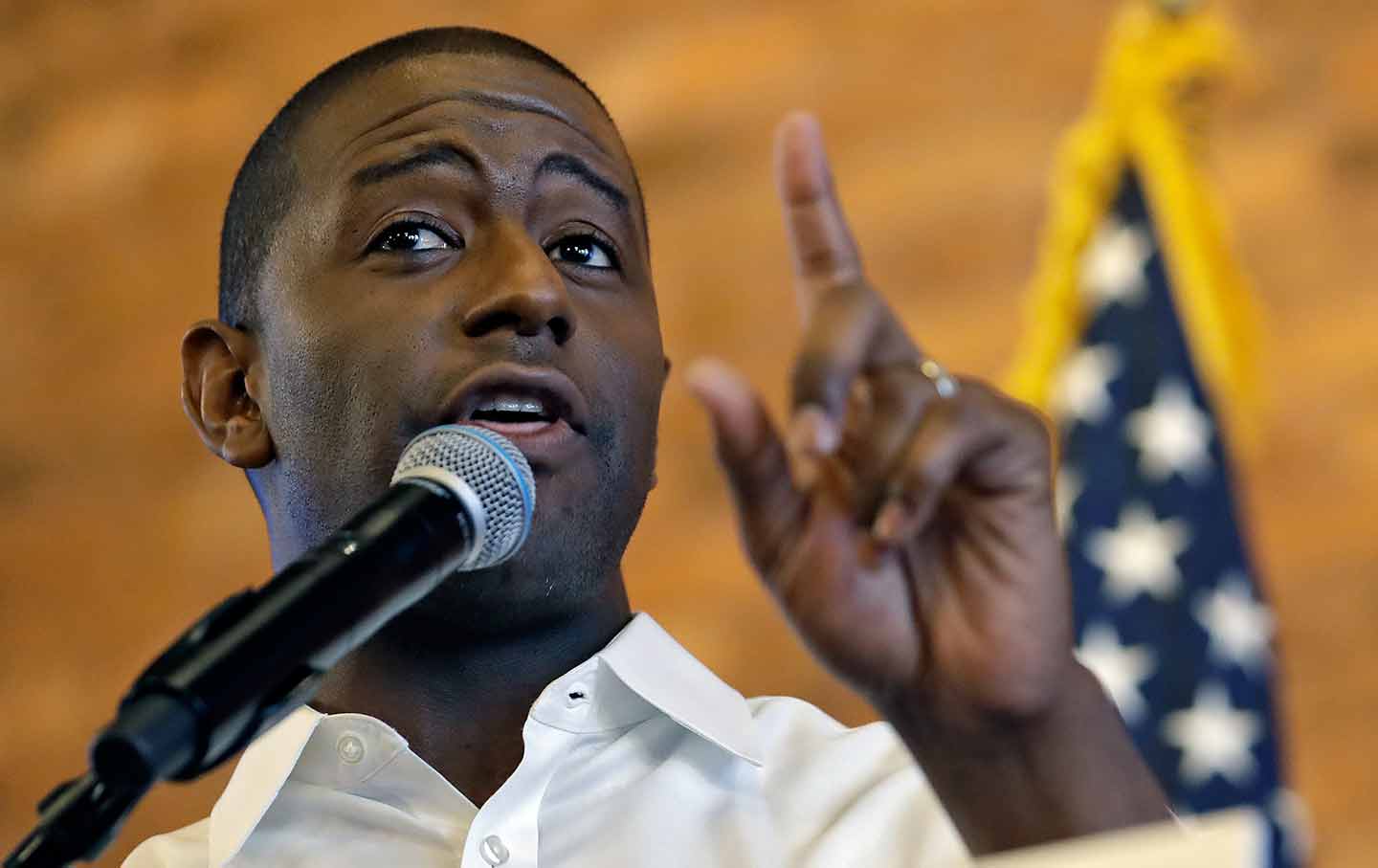 Andrew Gillum won’t be joining the crowded field of contenders for the 2020 Democratic presidential nomination, but that does not mean that he has gone to the sidelines. The Floridian, who narrowly lost a tight race for governor of the nation’s third-largest state in 2018, is preparing to take the lead in shaping a vital discussion in the 2020 race and beyond about how Americans should consider the US Supreme Court and the issues it will address in the years to come.

Gillum has something important to say about the need to ramp up the Democratic discourse regarding the federal judiciary, and the women and men who are running for the party’s presidential nomination should pay attention to his message. They might even consider joining him on a debate stage, where he and a panel of experts could lead the contenders through a necessary examination of how they will make the role of the courts in shaping policy on everything from voting rights to the census the central issue that it must be in the 2020 campaign.

“We’ve got to do a much better job on the left of connecting the issues of the courts to everyday people’s lives,” says Gillum, who plans to make this project a key focus of his work with People for the American Way (PFAW), the national progressive advocacy organization he is joining this month as a senior fellow with a charge to steer the political discourse in necessary directions.

Gillum’s return to PFAW—a group with which he first aligned almost two decades ago as a young organizer—will see him using his skills to challenge voter suppression, mobilize voter turnout in Florida and other states through work with the Latinos Vote! project, and (as a former mayor of Tallahassee and founder of the Young Elected Officials Network) encourage a new generation of progressive contenders to seek local and state posts. He’ll also be highlighting the influence of big money on our politics and the threat posed by right-wing extremism. It’s a broad brief, but he sees plenty of connections and plenty of ways in which the issues will be influenced by the courts.

Democratic presidential contenders must discuss and debate the future of the courts.

His ability to bring an intersectional approach to the political debate was part of what drew so much national attention to his gubernatorial race—which, as he notes, brought him “within a rounding error of being governor of the third-largest state in America.” For many, he is a face of the future of progressive politics and an example of the barriers that must be removed in order to usher in that future. On Sunday, California Senator Kamala Harris recalled in a speech to the NAACP’s 64th Annual Fight for Freedom Fund Dinner in Detroit, “We watched as the Supreme Court of the United States in 2013 gutted the Voting Rights Act. And then states across our country passed laws to suppress the vote. And let’s say this loud and clear: Without voter suppression, Stacey Abrams would be the governor of Georgia. Andrew Gillum is the governor of Florida.”

In the months after the 2018 election, Gillum thought a great deal about how to leverage the interest and enthusiasm that extended from the Florida campaign. He was encouraged to consider a presidential bid and a host of other projects. Ultimately, he decided that he wanted to use his time and energy not just to run another campaign but to expand the range of political debate—especially with regard to the judiciary.

He sees a disconnect between the way in which the right and the left view fights over judicial nominations, deliberations, and decisions. As an example, he points to the way in which the campaign to overturn the Supreme Court’s 1973 Roe v. Wade decision—and to undermine the right of women to make their own reproductive health decisions—has “become a lynchpin part of the Republican strategy to engage their voters.” It’s so central to the party’s political planning, he argues, that they are “almost forgiving every other grievance as long as you can ensure a conservative judge, a conservative justice being appointed.”

Gillum says that progressives must get far more agitated about the extremes to which conservatives have gone with moves like the Republican-controlled Senate’s refusal in 2016 to even consider the Supreme Court nomination of Judge Merrick Garland, President Barack Obama’s highly qualified choice to fill the vacancy created by the death of Justice Antonin Scalia.

The rigid approach of conservative voters and Republican leaders is remaking the federal judiciary, says Gillum, who notes, “There has been a realignment—almost a complete realignment—on the Supreme Court with this president being able to make appointments.” To counter that, he says, the volume must be turned up on arguments against Donald Trump’s extreme nominees. At the same time, more work must go into building a justice-for-all movement to put fair-minded constitutionalists on the bench.

Gillum recognizes that progressives are not as doctrinaire as conservatives. But he believes it will be possible to create a greater sense of urgency on the part of the enlightened voters (and enlightened potential voters) who in 2020 will decide not just the presidential race but also contests for control of the Senate. “The consequences are extremely great for the things that we care so much about,” he says, pointing to “Roe v. Wade…the environment…the Voting Rights Act…Citizens United.”

He says that able organizers and savvy political strategists have been trying for decades to use concerns about the courts to mobilize progressive voters. He credits the work that groups such as PFAW have done over the years as vital. It has created an infrastructure of activism. Now, he says, it’s time to build upon that infrastructure. “We have to make the issue of the courts relatable to everyday people,” he says. “We can’t give that ground anymore. This is the ground that we’re going to have to begin to fight very squarely on.”

Gillum is excited about the prospect of utilizing social media and even film projects to reach out to young voters, suggesting, “The documentary RBG is just one example of, I think, how new media can be used to just attract attention to what it means to have a court hanging on the thread of a singular justice.” And the veteran organizer talks about the importance of developing broader and more engaging messages. “Maybe it isn’t just a single issue,” he says. “Maybe it’s saying all of the things that we believe in, everything, all the gains that we’ve seen here, from civil rights to reproductive health, are at stake when we see such a far philosophical and ideological spin to the right on the courts.”

He is thinking hard about how to make a breakthrough, and he is ready to spend his political capital to get the job done. Asked if he would be interested in moderating a debate among the presidential candidates on the courts, he replied, “I’d be happy to have that conversation. I would broaden it out, obviously, to include the issues that are impacted by the courts. But I think it’s well past time for us to focus and center our attention there. For people who think it may raise the passions of the right, listen, they can’t be any more risen. They understand very well the implications of the courts. It’s time for our voters to get what it means.”