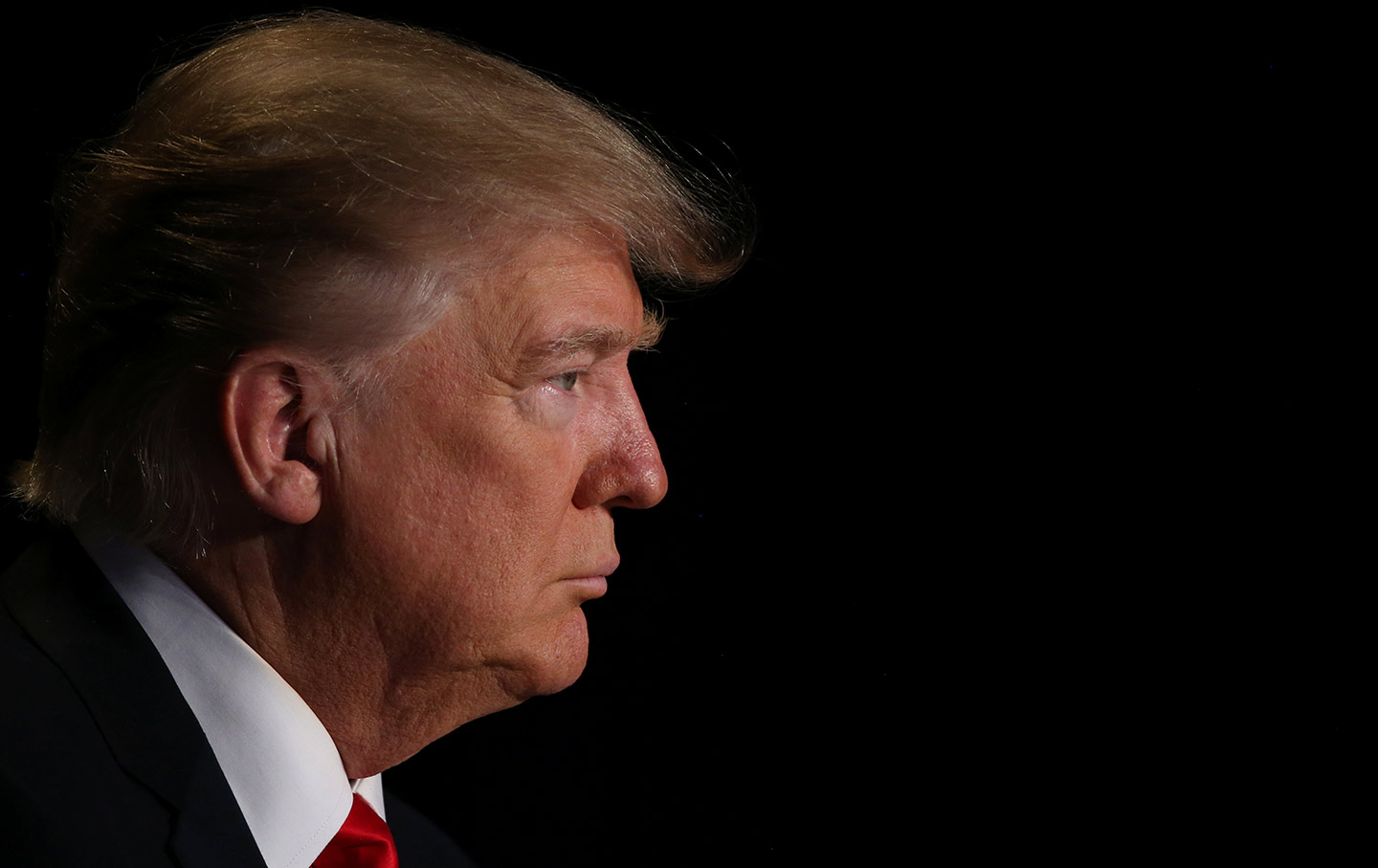 Congress has sufficient grounds to hold President Trump to account for obstruction of justice. The proper means for holding him to account is an impeachment process, one that is informed by lessons from the Congress that sought to hold Richard Nixon to account after his Watergate-era wrongdoing was revealed. That’s not a radical construct. That’s a historical construct. And it is entirely relevant to the moment in which the United States finds itself today. Former director of national intelligence James Clapper told Australia’s National Press Club last week, “Watergate pales really in my view compared to what we’re confronting now.”

Clapper was discussing the many inquiries into alleged ties between members of the Trump administration and the Russians. But he also referenced the president’s firing of FBI director James Comey, which the veteran public official characterized as “egregious and inexcusable.” Those who remember the Watergate meltdown that Clapper referenced will recall that it led to a decision by the House Judiciary Committee to support articles of impeachment grounded in concerns regarding both obstruction of justice and abuses of power. In testimony last week before the Senate Intelligence Committee, Comey outlined contemporary evidence of obstructions of justice and abuses of power that argue for immediate action by members of Congress to check and balance this president.

At least one member of the House was listening. Congressman Brad Sherman, a senior Democratic representative from California, on Monday notified House colleagues that he will “soon file [an] Article of Impeachment regarding President Donald J. Trump.” Sherman contacted Democratic and Republican members seeking support for that his accountability move. He explained: “As the investigations move forward, additional evidence supporting additional Articles of Impeachment may emerge. However, as to Obstruction of Justice and 18 USC § 1512 (b)(3), the evidence we have is sufficient to move forward now. And the national interest requires that we do so.”

The congressman is moving in a wise and appropriate manner. Noting that his proposed Article of Impeachment “is largely based on Article 1, dealing with ‘Obstruction of Justice,’ which was passed by the Judiciary Committee on a bipartisan vote on July 27, 1974, regarding Richard M. Nixon,” Sherman explained in his letter that:

A finding of ‘High Crimes and Misdemeanors’ does not require the violation of any particular criminal statute.1 However, many Members will feel more comfortable if it is shown that President Trump violated a particular criminal statute. I believe that Trump’s use of threats to obstruct the ongoing criminal investigations of Michael Flynn clearly violate 18 U.S.C. 1512(b)(3); Violations of that section are a felony. Trump’s efforts to obstruct the investigation of his campaign’s possible collusion with Russia violated the same statute.

I would hope that the Article, once submitted, would receive expeditious consideration by the Judiciary Committee. However, if it becomes clear that such consideration is not forthcoming, I (after consultation with colleagues and leadership) will make a privileged motion that the entire House of Representatives immediately debate the Article. At that point, I expect there will be a Motion to Table, thus triggering our first impeachment-related vote.

Sherman is an experienced political hand who is serving his eleventh term in the House. He knows the dynamic that now exists in a chamber that is led by House Speaker Paul Ryan, an ardent Trump defender and apologist. “I have no illusions,” the congressman explains. “Articles of Impeachment will not pass the House in the near future. But given the risk posed to the Republic, we should move things forward as quickly as possible.”

Sherman also knows that some Democrats will be cautious about acting to impeach Trump because that might lead to the elevation of a right-wing Republican, Vice President Mike Pence, to the presidency. Addressing those who are reluctant, Sherman explained, “I act not for partisan advantage. Having served with Mike Pence in the House for twelve years, I disagree with him on most issues of public policy. But we must move forward as quickly as possible to ensure a competent government that respects the Constitution and the rule of law, even if we end up with a president who is effective and dedicated to regressive policies.”

Sherman’s realism is commendable. And politically smart. Americans are not looking for members of Congress to play political games. They are looking for accountability. Polls show that there is broad support for impeachment—a Public Policy Polling survey released in mid-May found that 48 percent of respondents favored Trump’s impeachment, while 41 percent were opposed. That support will grow broader if those who advocate for accountability position themselves as Sherman has on the side of impeachment as the right and necessary response to a president who has failed to uphold his oath to “preserve, protect and defend the Constitution of the United States.”