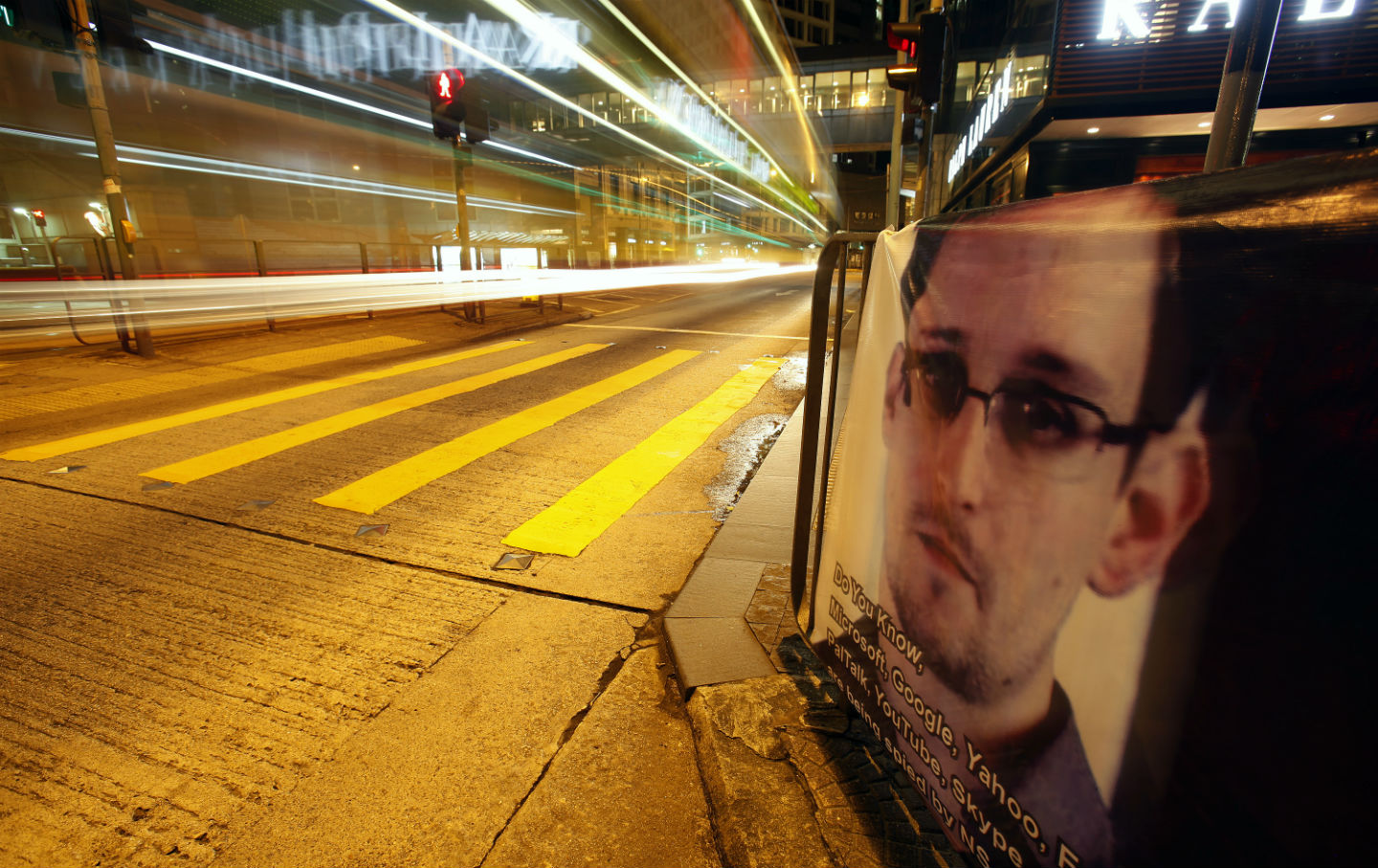 A bus passes by a poster of Edward Snowden, the former NSA contractor who exposed the agency's secret mass-surveillance programs. (Reuters/ Bobby Yip)

A federal criminal complaint filed against Edward Snowden on June 14, 2013, accused him of stealing and distributing government documents and classified information without authorization. Two years later, it is time for the US government to grant him an official pardon.

Amnesty could require Snowden to admit to criminal offenses. But given the limitations on his ability to defend himself in a federal court and the strong likelihood that he would be convicted, I believe he would accept the deal.

To understand what’s at stake for Snowden, it is helpful to remember what happened when Daniel Ellsberg leaked a top-secret study about US decision-making in Vietnam. Advising Ellsberg shortly after he took the Pentagon Papers and before he released them, I told him he would most likely be convicted and serve a long sentence in a maximum-security prison. Snowden got the same advice.

During the trial that followed the leak of the Pentagon Papers, Ellsberg was not allowed to testify that the government had acted wrongfully or that his motivations justified his release of the documents. Snowden also knows he could not testify as to his motives or the positive results of his actions.

With Snowden, as with Ellsberg, government employees originally charged that both American foreign policy and US security had been severely damaged by the release of the classified information. That claim can no longer be seriously made with respect to either man.

NSA Director General Keith B. Alexander, for example, has claimed that Snowden’s revelations were causing “the greatest damage to our combined nations’ intelligence systems that we have ever suffered.” Similar arguments were made after the release of the Pentagon Papers. Nonetheless, The New York Times and other newspapers were permitted to publish them. Snowden’s information has also been released, and there is no supported claim that the country is worse off for it.

Ellsberg’s case ended in a mistrial because of government misconduct. But there is no reason to believe Snowden’s trial would end the same way. Even though the case against him would be weak, there is good reason to doubt he would be acquitted.

Senator Mitch McConnell’s recent statement on the floor in Congress, in which he referred to an Associated Press story that said “Snowden had won,” is beside the point. An official pardon would not just be about bringing Snowden home. It would also signal something important about the state of our democracy.

The fact is, Snowden is not just another whistleblower; his case is exceptional. Many of his claims and the motives for his actions have been vindicated. On May 7, the Court of Appeals for the Second Circuit declared that the NSA’s bulk surveillance program was illegal from its inception. Congress’s recent decision to scale back the national security policies enacted after 9/11 is consistent with the court’s views. And the polls in this country clearly reflect the public’s belief that the surveillance system was a greater threat to citizens than its alleged accomplishments in the war on terror.

A vindication for Snowden would not open the door to irresponsible whistleblowers, as some have argued. Instead, amnesty would serve as recognition that a crime was committed for which wrongdoers can be punished. It would also serve as a reminder that whistleblowers are an essential part of American democracy.

Snowden and Ellsberg gambled with their lives. (The New York Times and the other papers that published the leaked documents gambled too.) Their detractors could say they gambled with the life of their country. But in both cases the courts, the Congress, and the public have seen that these gambles were justified and that the country is better off for them.

As every member of Congress effectively acknowledges, “We, the people” are entitled to a say in how to balance the need for security and the need for civil liberties. Granting amnesty to Edward Snowden would bring us one step closer toward restoring that balance.