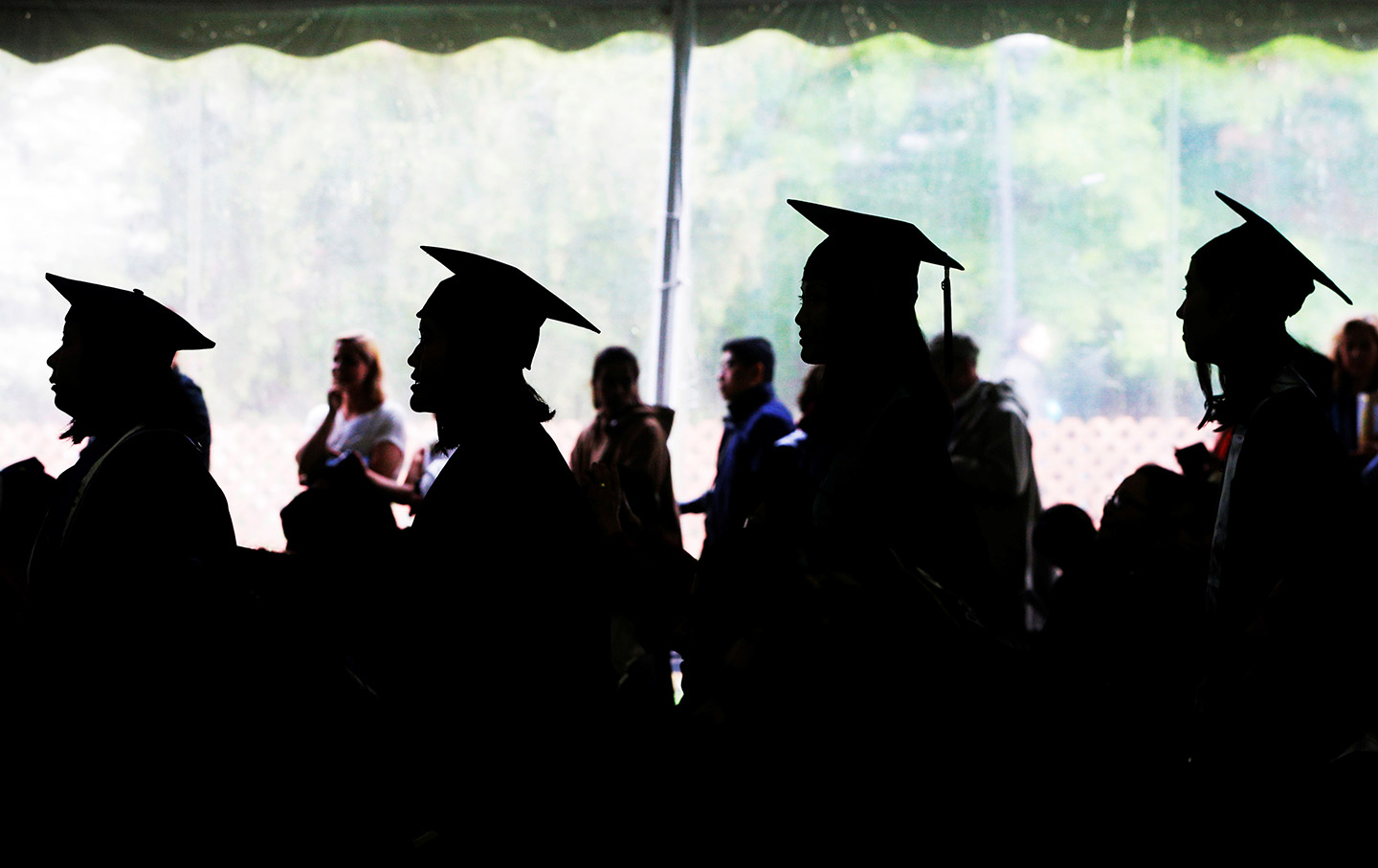 Graduating seniors line up to receive their diplomas during a college graduation in Wellesley, Massachusetts, in May 2017. (Reuters / Brian Snyder)

Politicians in both parties say getting a higher education is not only the ticket to the middle class but also that it is vital to America’s future prosperity. Yet they’ve created a system that prices college out of reach and forces children to take on growing levels of debt to pay the fare. That debt too often becomes a millstone on the young people it was intended to assist.

Student debt now totals about $1.5 trillion, more than credit-card and auto-loan debt. About four in 10 people who have attended college have taken out loans to help pay for it. These are the children of working- and middle-class families, not the affluent. As the price of college has skyrocketed nearly 400 percent over the past 30 years, the debt burden of those who take out loans has soared as well. The College Board reports that, in 2016, the average debt for those who took out loans to finish a bachelor’s degree was $28,400—an inflation-adjusted increase of about 30 percent since 2001.

The onerous debts sabotage the ability of a college education to serve as an instrument of upward mobility for disadvantaged groups. The students from the poorest families are forced to take on the highest amount of debt. Women hold about two-thirds of all student-loan debt in the United States, and since they still earn less than men make for comparable work, women pay their loans off more slowly, incurring higher interest payments. African Americans, who tend to start off with fewer family resources, fare worse than whites. And those with a larger debt burden often can’t begin saving for retirement or afford to buy a home, and they increasingly put off decisions about marriage and children.