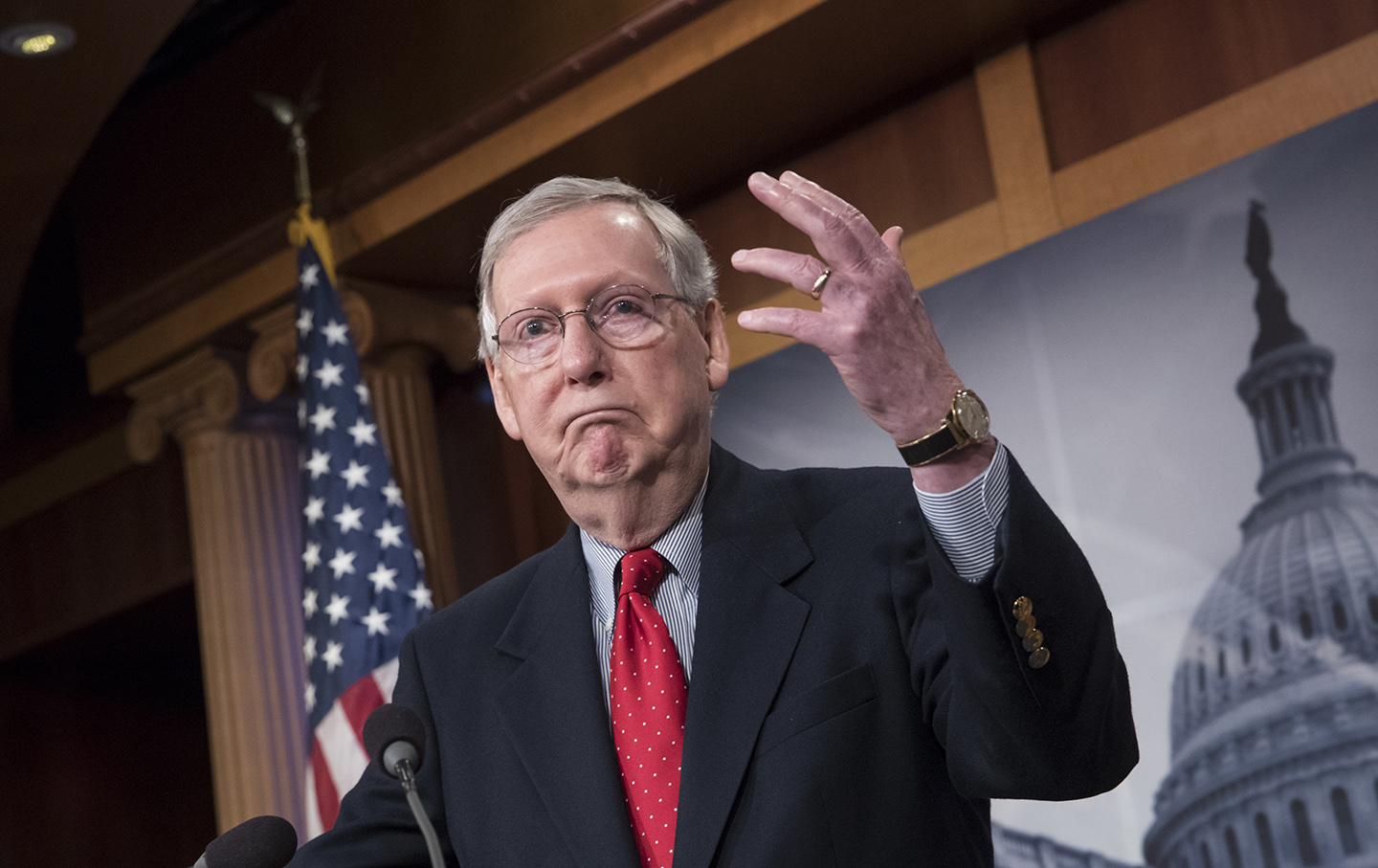 The relationship between President Trump and Republicans in Congress is rapidly deteriorating. At least, that is the clear impression one gets from a spate of recent headlines, such as “Trump distances himself from GOP lawmakers to avoid blame if agenda stalls,” “Deepening GOP split, Trump attacks Republican senators” and “Trump sticks it to GOP.” The problem, as those headlines indicate, is that the feud is largely one-sided.

Almost every day, Trump demonstrates that he is utterly unfit for office. In the past few days alone, as a catastrophic hurricane devastated the fourth-largest city in the country, Trump pardoned former Maricopa County, Arizona, sheriff Joe Arpaio—who defied a court order to stop illegally profiling Latinos and committed grotesque abuses of power for years—and tweeted nonsense about Mexico’s paying for “the wall” on the southern border. And yet, despite the president’s intensifying attacks on members of his own party, Republican leaders still have not shown the spine necessary to confront him in any meaningful way. Even the relatively few conservative lawmakers who have spoken out forcefully against Trump, particularly in response to his abominable reaction to the white-supremacist violence in Charlottesville, Virginia, have failed to back up their words with concrete actions.

Ask yourself this: Who in the Republican Party is even attempting to hold him accountable?