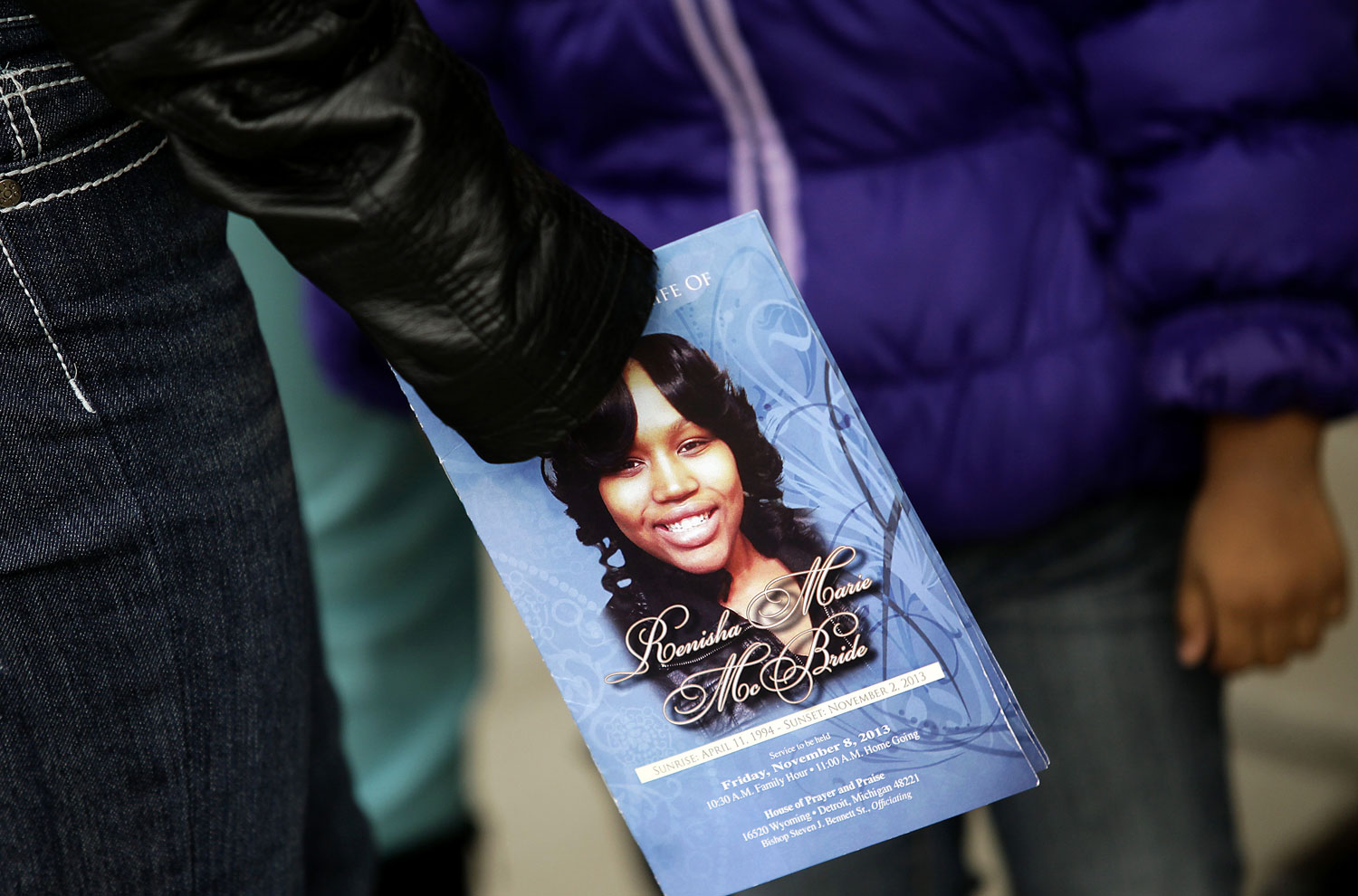 So much of writing/thinking/working around issues of race, racism and blackness in America is to say “again.” Again, the right to vote is under attack. Again, the unemployment rate creeps near depression levels. Again, police chiefs and mayors push racist stop-and-frisk policies. Again, our children face criminalization and the school-to-prison pipeline.

Again, we mourn the death of a young black person killed, seemingly, for doing nothing more than being black. This time, her name is Renisha McBride.

Like Jonathan Ferrell before her, Renisha, a 19 year-old Detroit native, got into a car accident in Dearborn Heights,  and sought help at a nearby house. The still unidentified homeowner answered the door armed with his shotgun, presuming Renisha was a burglar. Alternately being described as “accidental” and “justified,” he shot Renisha in the face.

As with Trayvon Martin’s death before that, Renisha’s killer has not been arrested. And due to similar Stand Your Ground laws in Michigan as in Florida, it’s possible that he may never be charged with any crime. Another black teenager has been killed, and again, their family may have to go forward without anyone being held accountable.

We have been here before. Our history becomes our present so often it becomes difficult to distinguish the two. Politicians and cable news hosts and the naïvely colorblind ask us to forget, most of the country obliges, and black people, again, are left to piece together the fragments of history, suffering, rage, and pain so that we may have hope for something better.

Again we advocate for justice. Again we question what justice would even look like. Again we demand that black life be valued. Again we wonder why it never was in the first place. Again we weep, we pray, we march, we raise our voices. Again we prepare ourselves to be let down. And again we ask when will the moment come where we won’t have to go through this again.

Again, we wait on the answer.

If you believe Renisha McBride and her family deserve justice, sign this ColorofChange.org petition on their behalf.