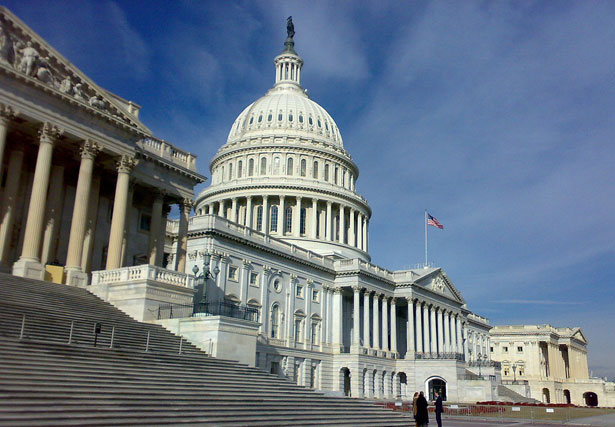 Last February, The Nation, with support from the Investigative Fund, published a broad look into the many failures of America’s lobbying disclosure system. Among several revelations in the piece, we reported that major aspects of lobbying law have gone completely unenforced. The Department of Justice, we found, has never brought an enforcement action against an individual or firm for failing to register under the Lobbying Disclosure Act. The only LDA enforcement actions to date have been from individuals who do register but fall behind in their paperwork. But for the thousands of influence peddlers in Washington, DC, who go about their trade without registration and disclosure, law enforcement has turned a blind eye.

That may be changing.

According to a story posted on Friday by The Hill, “the Office of Congressional Ethics has for the first time accused an entity of lobbying Congress illegally. The complaint has been referred to the Justice Department, which enforces the Lobbying Disclosure Act, but few other details are available.”

For several years, we have been warning clients and others that it was only a matter of time before we would see criminal referrals against lobbyists who fail to register under the federal Lobbying Disclosure Act (“LDA”). Until now, the U.S. Attorney’s Office for the District of Columbia has focused exclusively—and rarely—on bringing cases against registered lobbyists who fail to timely file reports. This week, however, the Office of Congressional Ethics (“OCE”) of the U.S. House of Representatives mentioned in its quarterly report that during the second quarter of this year, “OCE voted to refer one entity to the U.S. Attorney’s Office for the District of Columbia for failure to register under the Lobbying Disclosure Act.” This is big news.

It’s not clear yet which “shadow lobbyist” is being targeted for investigation. But just the fact that the DOJ is finally taking a look into this problem, which includes prominent members of both parties, is indeed big news.