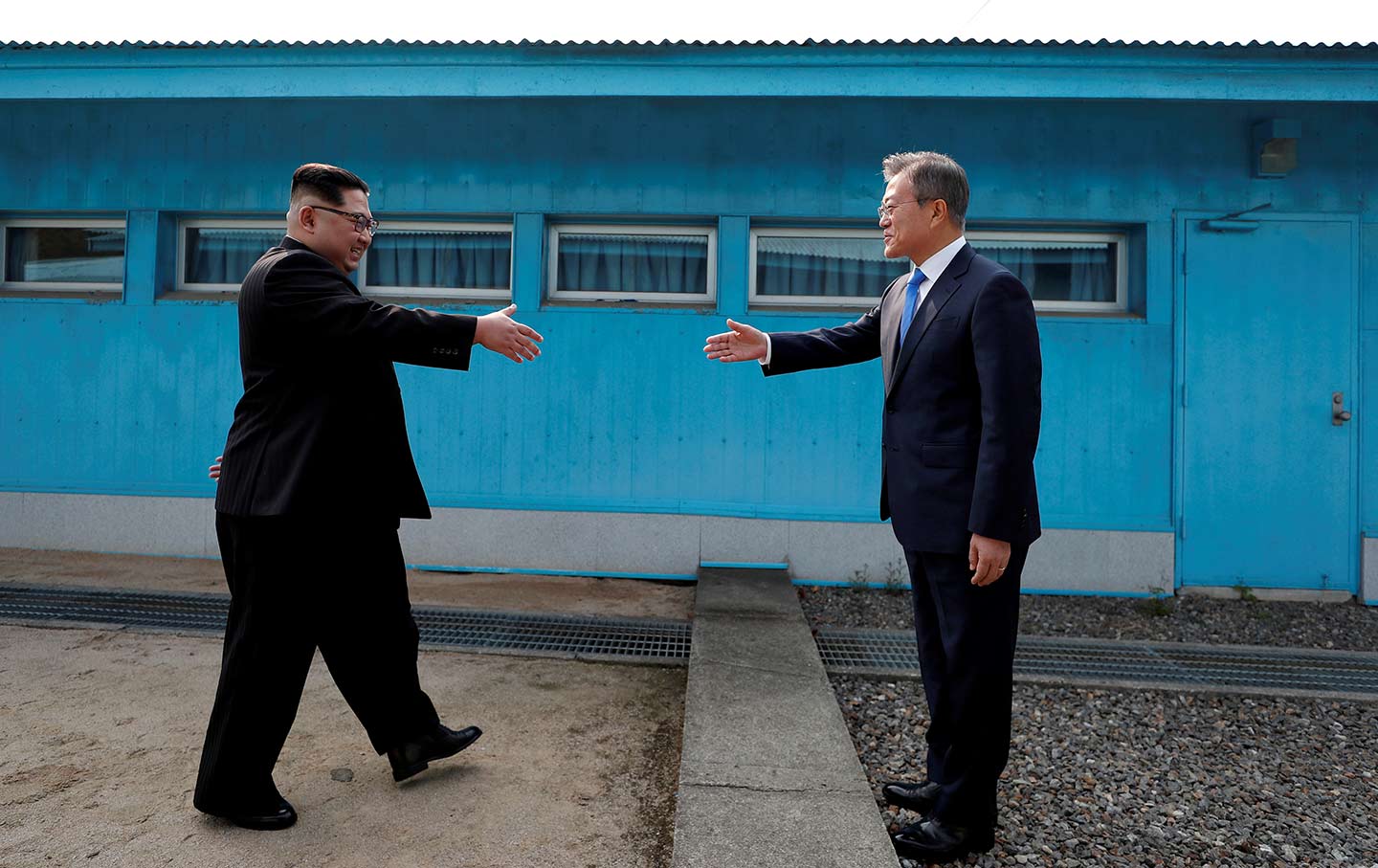 EDITOR’S NOTE: Over 130 US civil-society organizations released a joint statement today to urge the US government to end the Korean War and pursue negotiations for a peace treaty.

For the Korean Peninsula, 2018 has been a year of historic change. The leaders of North and South Korea met three times, and President Trump and North Korean leader Kim Jong Un also held their first summit in Singapore in June. South Korean President Moon Jae-in has invited Chairman Kim to visit South Korea, and President Trump has expressed willingness to meet Chairman Kim in a second summit. We welcome these positive developments for permanent peace in Korea.

These agreements lessen the danger of war on the Korean Peninsula and create a foundation for a lasting and stable peace regime. The Panmunjom and Pyongyang Declarations signed between the two Koreas opened the door for family reunions, civil-society engagement, and concrete steps toward demilitarization. Likewise, the Singapore Joint Statement emphasized the “establishment of new U.S.-DPRK relations,” away from war and hostility and toward normal diplomatic recognition. We applaud the leaders of South Korea, North Korea, and the United States, which, on the brink of nuclear war last year, boldly chose the path toward peace instead.

In the spirit of the Singapore Joint Statement, North Korea has taken the following concrete steps:

On the other hand, the United States, thus far, has:

While this action is commendable, the United States needs to do more to normalize relations with North Korea.

In line with the important steps North Korea has taken toward peace and denuclearization and in support of unprecedented peace-building engagement between North and South Korea—including the demilitarization of the Joint Security Area at Panmunjom, the preparations to reconnect highways and railroad lines across the DMZ, and the establishment of a joint liaison office in the northern city of Kaesong—we urge the US government to take the following steps to further build confidence with North Korea:

1) Issue a joint declaration to end the Korean War and negotiate a peace treaty to replace the outdated and broken armistice agreement. The continuing state of war on the Korean Peninsula is at the root of recurring threats of military action. In the Panmunjom Joint Declaration, the two Korean leaders declared:

During this year that marks the 65th anniversary of the Armistice, South and North Korea agreed to actively pursue trilateral meetings involving the two Koreas and the United States, or quadrilateral meetings involving the two Koreas, the United States and China with a view to declaring an end to the war and establishing a permanent and solid peace regime.

2) Lift broad-based US sanctions against North Korea that harm the most vulnerable and ordinary Koreans as a concrete step toward establishing new US-DPRK relations.

Furthermore, the United States should halt international pressure campaigns to isolate North Korea, which are contrary to the spirit of the Singapore Joint Declaration.

4) Establish a liaison office in Pyongyang to facilitate diplomatic engagement between the two countries toward mutual trust and understanding.

For a complete list of signing organizations and individuals, see: https://sites.google.com/view/peacetreatynow2nd-en/home