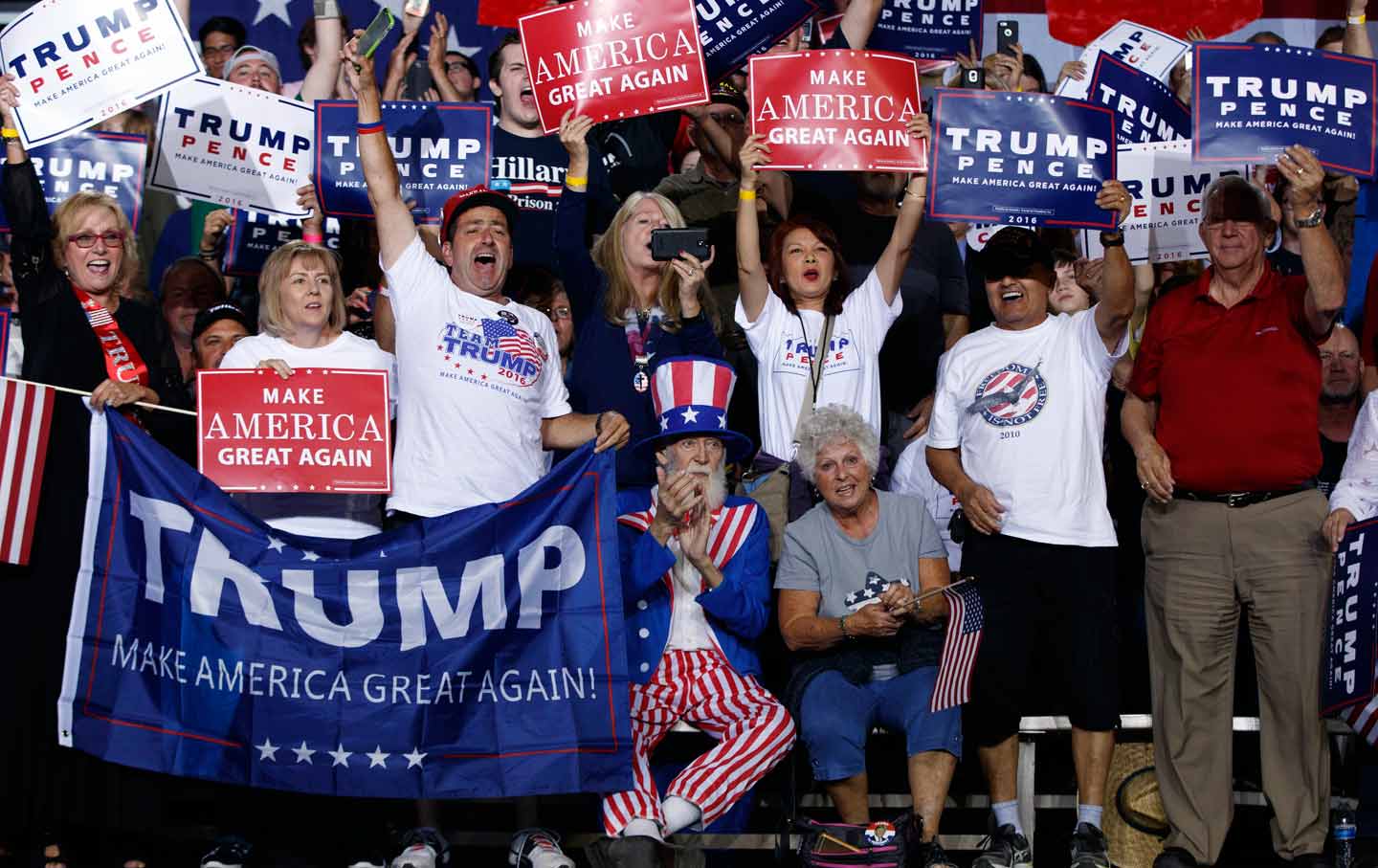 As election 2016 winds to an end, it’s hard not to begin looking beyond November 8. With Donald Trump behind in the polls and lashing out at the media, there is rampant speculation that Trump is laying the groundwork to launch his own media empire in the wake of his likely defeat. Yet, if he loses, Trump’s next move may well be less important than what’s in store for his supporters, whose long-simmering pain and rage have exploded into plain view.

It would be easy to dismiss Trump’s supporters as “deplorables” and simply move on. But while Trump has undeniably incited racism, misogyny and ugly behavior among his base, it’s critical to understand the context in which their fury has come to the fore.

The US and global economies are in the midst of a tectonic shift. This election — along with Brexit and the spread of nationalism across Europe—has made it impossible to deny that millions of people are desperate for solutions and demanding to be heard. They are tired of being ignored by the elites who have failed them. For Hillary Clinton and the Democratic Party, the lesson of 2016 should not be that Trump voters are irredeemable. It should be that by paying more attention to the plight of blue-collar workers, and offering inclusive solutions to the great challenges roiling our country and the world, they have a real opportunity to expand the Obama coalition of minorities and young people who make up the Democratic base today.