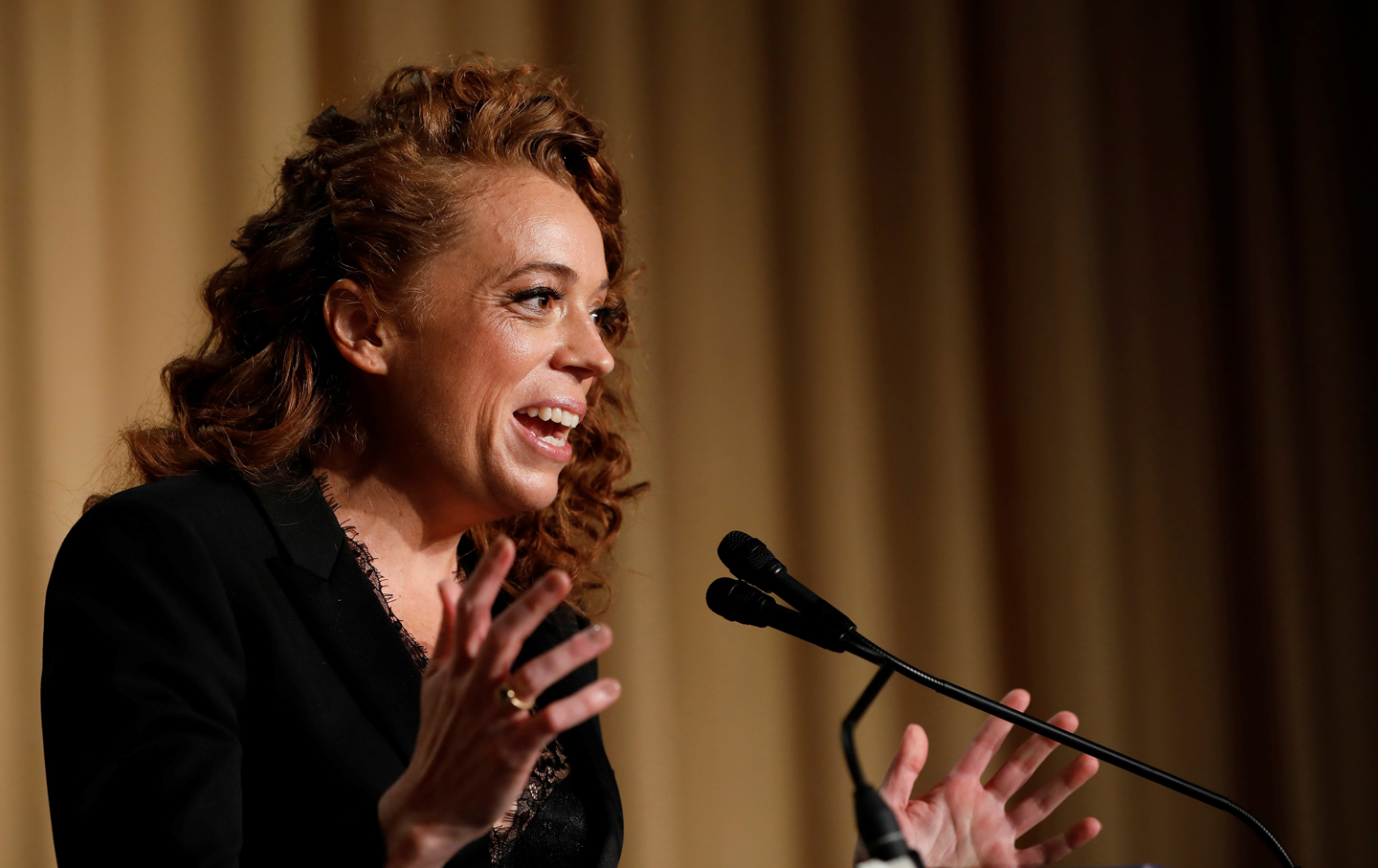 Michelle Wolf, the stand-up comic at Saturday’s White House Correspondents’ Dinner, was vulgar, raunchy, edgy, feminist, and hostile to her audience. Naturally, she had me at hello: “Like a porn star says when she’s about to have sex with a Trump, let’s get this over with.” That’s pretty funny, right? And so was: “It is kind of crazy that the Trump campaign was in contact with Russia when the Hillary campaign wasn’t even in contact with Michigan. It’s a direct flight. It’s so close.” And so was: “We’ve got our friends at CNN here. Welcome, guys, it’s great to have you. You guys love breaking news, and you did it. You broke it.”

Well, OK, speaking truth to power is well and good in theory, but maybe that joke was a little too true, to say nothing of Wolf’s peroration, in which she blames the media for promoting Donald Trump for profit. No wonder some of the oh-so-important journalists in the audience weren’t pleased.

They can’t admit the real reason, though, because that would call into question the underlying presumption of the dinner, which is that there is no price for “access”: Journalists can cozy up with politicians over champagne and monkfish by night and still be their fearless critics by day. In a rather transparent attempt to divert attention from Wolf’s remarkably frank attack on media lapdoggishness, famous journalists spent the weekend twisting her joke about Sarah Huckabee Sanders’s eye makeup—“I actually really like Sarah. I think she’s very resourceful. But she burns facts, and then she uses the ash to create a perfect smokey eye. Like maybe she’s born with it, maybe it’s lies”—into a sexist attack on her looks.

That @PressSec sat and absorbed intense criticism of her physical appearance, her job performance, and so forth, instead of walking out, on national television, was impressive.

Watching a wife and mother be humiliated on national television for her looks is deplorable. I have experienced insults about my appearance from the president. All women have a duty to unite when these attacks happen and the WHCA owes Sarah an apology.

There was a lot more in this vein, from NBC’s Andrea Mitchell, CNN’s Chris Cillizza, and others. Never mind that Sanders has told more lies on behalf of the Trump administration than there are stars in the sky. Never mind that she flatly says every single one of the many women who have accused Trump of groping and molesting them is lying, “because the president has spoken to it.”

Yes, of course Wolf was a little mean—it’s called a roast for a reason!—like when she compared Sanders to Aunt Lydia, the female enforcer of misogynist oppression in The Handmaid’s Tale. And maybe she went too far when she likened the press secretary to a softball coach, which could be read (although not by me) as hinting that Sanders is a lesbian, instead of just a bully.

But what really matters is that Wolf was mean to someone who has direct power over journalists and their access to the White House. After all, Wolf made a not-funny fat joke about Chris Christie and nobody said a word about that. She joked about a tree falling on Kellyanne Conway and that mostly sailed by, too. But Sanders is the gatekeeper. Laughing at her could have consequences.

Of course, the real subtext is that the people rallying to defend Sanders by reading accusations of unattractiveness into jokes about deceitfulness, female misogyny, and intimidation are actually showing that they themselves think she is unattractive, or else why would this misinterpretation have even occurred to them? Chalk up one for Dr. Freud. And it’s true that Sanders doesn’t fit the TV-news beauty ideal: She isn’t blond, thin, or face-lifted. She looks like a regular human being. That’s just about the only positive thing I can say about her.

Donald Trump, who spent Saturday in Michigan holding a rally where he spewed his usual racist, xenophobic lies to the joy of his stalwart followers, had several paroxysms of rage on Twitter (“Put Dinner to rest, or start over!”). Surely coincidentally, on Sunday night, Margaret Talev, outgoing president of the White House Correspondents’ Association, issued an apology on social media (“Last night’s program was meant to offer a unifying message about our common commitment to a vigorous and free press while honoring civility, great reporting and scholarship winners, not to divide people. Unfortunately the entertainer’s monologue was not in the spirit of that mission”). Maybe next year they can cut out the middleman and just bring on Trump himself. I hear he was quite amusing on The Howard Stern Show back in the day.

Oh, and this morning several news sites reported that the Department of Justice has erased from its internal manuals references to racial gerrymandering and the “need for free press and public trial.”

Shocked? Just don’t comment on racial gerrymandering’s eye makeup. It is a wife and mother after all!