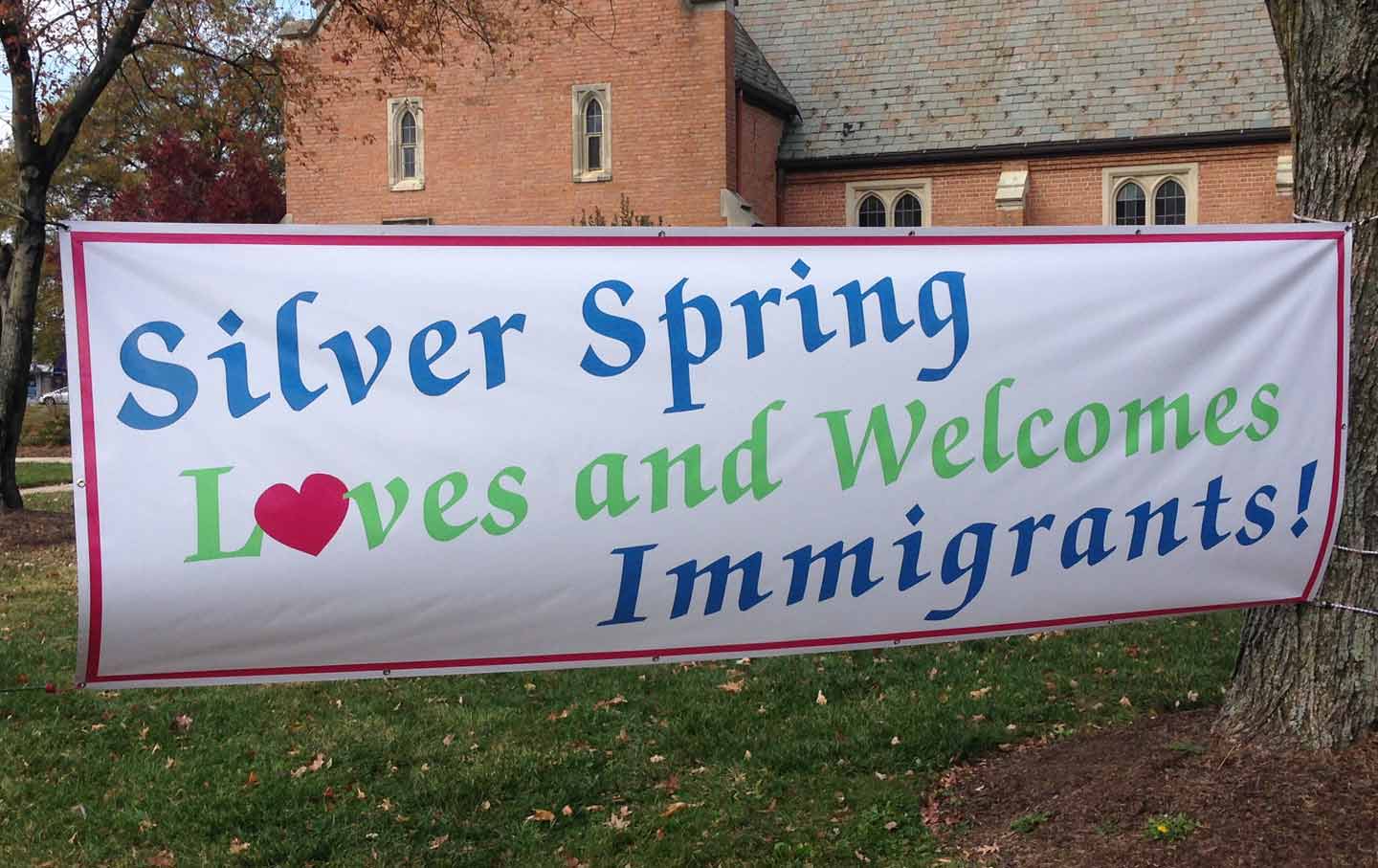 The Hillandale Shopping Center in Silver Spring, Maryland is like a thousand you have seen before. Located at a highway intersection, the strip mall includes a Mattress Warehouse, a Chipotle, and of course a Starbucks. Reflecting the pockets of immigrant poverty in the immediate area, there is also a Value Village and several boarded-up storefronts. Flying above the mostly low-income commercial block is an American flag on a towering flagpole.1

Across Powder Mill Road, nestled just off the highway, is an ornate brick house of worship called the Episcopal Church of Our Saviour. Like the Hillandale Shopping Center, this is a church that reflects the surrounding community. The immigrants who make up 80 percent of the congregation have come to the United States from 50 different countries.

On the morning of Sunday, November 13, Father Robert Harvey was on his way to the church to deliver a sermon about the impact of Donald Trump’s election. His goal was to soothe the nerves of his congregants. He said, “We had been hearing more and more about fear among our members about what could happen to their families if Trump was elected.”2

He was going to speak to them about “Jewish exiles in Babylon, and how the prophet Jeremiah told them to pray for the good fortune of the country where they currently live. And the word in Jeremiah is ‘For in their prosperity, you will find your prosperity.’ ”3

That plan was turned on its head when Father Robert, as he is called, arrived at the church:4

[I] noticed a message written in what looked like a thick permanent marker on our memorial garden wall that said ‘Trump Nation/Whites Only.’ And then, when I went out to the other side of the church I saw the same message written on our banner that advertises our mass in Spanish with deep [knife] cuts into the sign.5

Father Robert showed me the faintly visible markings of the message. Their efforts to blast it off the brick walls are proving to be more difficult than they anticipated.6

Father Robert had to alter his sermon on the fly from one of hope in a perilous time to one speaking hard truths. He said, “This particular campaign has opened up racial scars and wounds that have been in this country for years…. Please be aware of how close to home this has hit. This is literally now, quite literally, right outside our windows.”7

Father Robert was distraught but not as shocked as many in the congregation. He said to me:8

Two days after the election, at the Hillandale Shopping Center, I saw an elderly Latina woman being humiliated by two big white guys. They were calling her a spic and to go back to Mexico. And I was walking through the parking lot and she was standing there shaking violently, and I put my arm around her and I said, “Guys, this is unacceptable, buzz off.” And they said with menace, “You don’t tell us what to do!” I threatened to call the police and they scattered. A couple yards away, there were two Muslim women, in full garb. They said to me, “We saw those guys too. They’d been standing there for a while. It’s almost as if they were positioned there to humiliate anyone, there, who did not look like them.”9

The fear among the congregants at the Episcopal Church of Our Saviour is real, but the community response to the vandalism has been remarkable. Homemade signs, chalkings, and banners now adorn the inside and the outside of the church with messages in a variety of languages such as, “You are always welcome here,” “Resist hate,” “Our community is strong,” “We are one people,” and “In God we love.”10

There is also now a massive printed banner in front of the church that reads, “Silver Spring loves and welcomes all immigrants.” The banner, visible from the highway, is like a steely glare aimed at anyone who wants this church and these congregants to disappear.11

“The community has been overwhelmingly positive and supportive and caring,” Father Robert told me.12

We’ve had a synagogue in Washington, DC, whose rabbi and congregants were here on Monday offering prayers, an imam and members of his congregation came to offer their prayers, and an absolute outpouring from all the Christian denominations in the area…. I’m tired but I’m also very hopeful because of this outpouring…. We are now looking towards turning the church into a site for racial reconciliation, a place where those kinds of conversations can happen. I want our church to be at the forefront of that. This is supposed to be a safe place for all people and we want that to be the case.13

One person that Father Robert wants is to hear from Donald Trump. He said:14

We are asking for Donald Trump, if he wants to be the president for all Americans as he said the day after the election, to come out from hiding behind his white constituency and stand with people like the ones here at my church, to stand among immigrants and say: “Stop the hatred, the bigotry and the racism that’s infecting our country.”15

The Nation contacted the Republican National Committee and Trump headquarters for comment. The RNC referred us to an e-mail address to contact the Trump transition team. Our e-mails bounced back. Calls have not been returned. Their conscious obliviousness to this and so many other similar hate crimes across the country—done in Donald Trump’s name—cannot stand.16

As Gustavo Andrade, the Executive Director of Mía, the Movement of Immigrants in America, said to me:17

One of the foulest and most immediate consequences of Donald Trump’s behavior during this election cycle has been to embolden individuals who seek to inflict pain and commit acts of violence against our community. We must all fight back against hate wherever it may show up, and take steps to support the more vulnerable among us. That’s what loving freedom truly means.18

This needs to happen. Father Robert told me about a 7-year-old boy from Nigeria who approached him after the sermon and asked, “Is this the way it’s going to be now?”19

We the people—much more than any words from Donald Trump—will play the decisive role in answering that question. Or as Father Robert said to the child, “It doesn’t have to be.”20