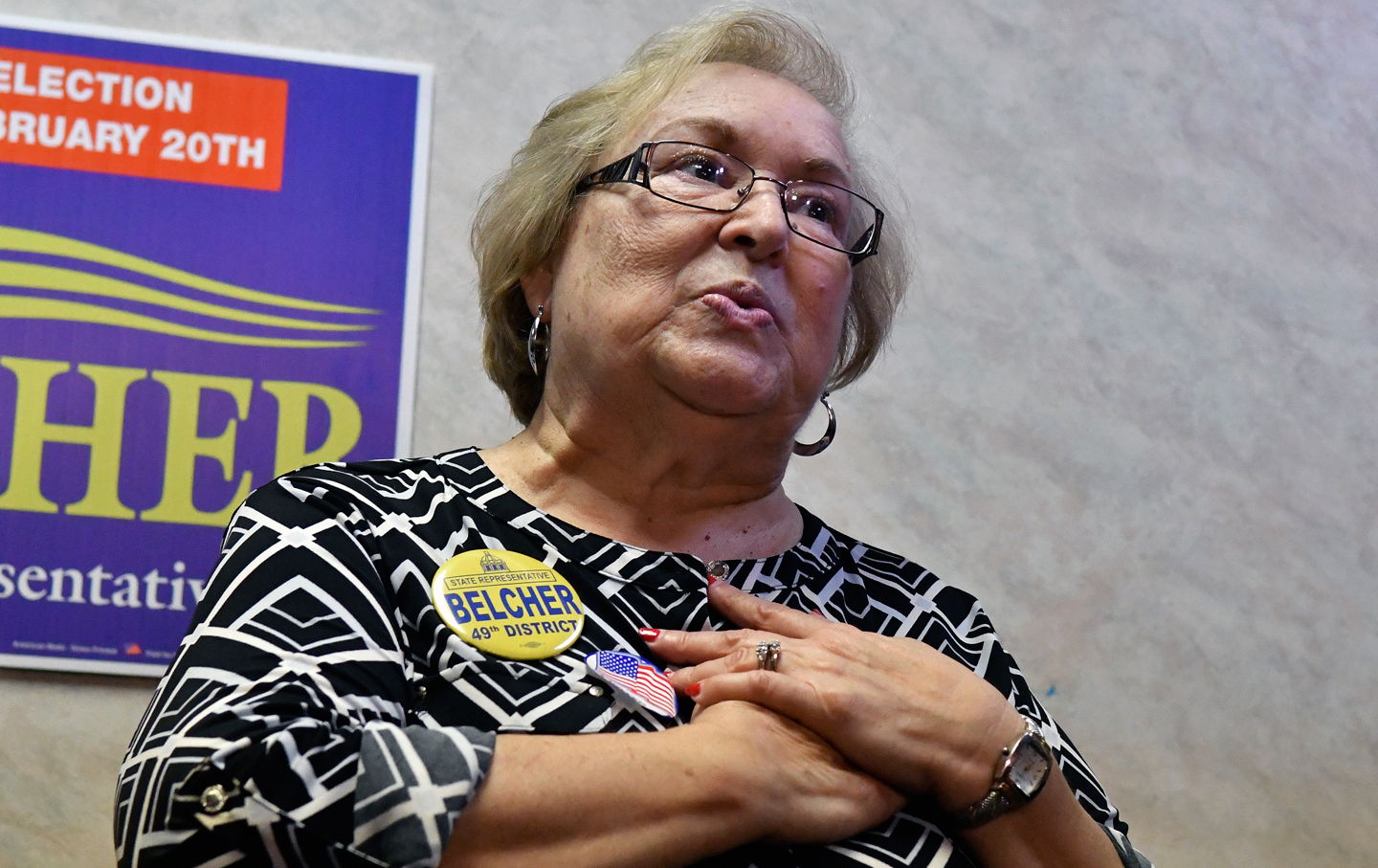 Linda Belcher thanks her supporters following her victory in the special election in Kentucky's 49th district, February 20, 2018.

Kentucky’s 49th state House district went big for Donald Trump in 2016. While Trump won the state by a 68-32 margin, the Republican presidential nominee gained an even wider 72-23 win in the 49th.

The Trump wave was so overwhelming in the western Kentucky district that Democratic State Representative Linda Belcher lost the seat to Dan Johnson, a conservative Republican pastor with an record of posting racist and anti-Islamic messages on social media. Johnson’s victory helped Republicans take charge of the Kentucky House for the first time in almost half a century, and pundits began talk of how the state had “tipped” to a point where a Democratic comeback was hard to imagine.

Those who wrote off the Democrats in Kentucky will have to rewrite their assessments following a special election that saw Blecher surge back. Called after Johnson committed suicide, following Kentucky media reports that he had sexually abused a teenage girl at the church, Tuesday’s vote produced a Democratic landslide.

Belcher, a retired teacher who campaigned as someone who has “always fought for pay equity, public education, and organized labor,” won with a 68-32 margin.

Let’s do the math, shall we?

According to the Democratic Legislative Campaign Committee, this is “the biggest red to blue flip” since Trump assumed the presidency.

“Flipping a seat that Trump won by such a considerable margin in 2016 shows the sea change happening across America in 2018,” says DLCC executive director Jessica Post. “Voters are speaking up about what they want to see in their elected leaders and volunteering their time and money to change the electoral maps.”

Carolyn Fiddler, a veteran analyst of statehouse races, was blunter. “If Republicans can’t hold onto seats like this in deep red states like Kentucky,” she argued Tuesday evening, “they’re a special kind of screwed in November—at every level of the ballot.”