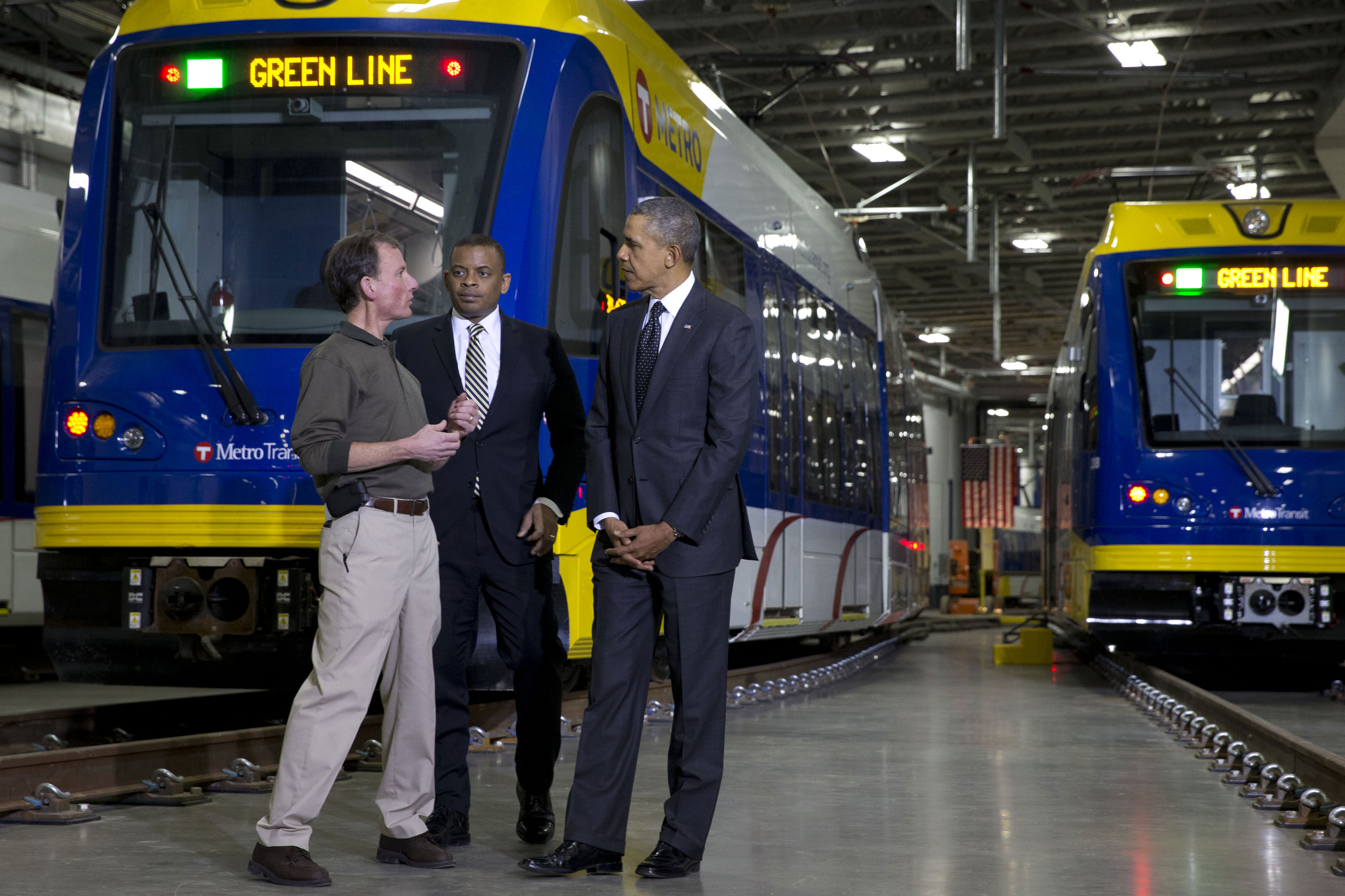 According to the American Public Transportation Association, Americans are using public transportation more today than at any other time since 1956. Public transit provided 10.7 billion individual rides last year, a 1.1 percent increase over 2012 and the latest uptick for an industry that has seen a 37.2 percent increase in ridership since 1995. This is something to crow about.

More than most places—the grocery store, shopping center, basketball arena—public transit has long provided an arena for social change in the United States. Last year, on the fiftieth anniversary of the March on Washington, Secretary of Transportation Anthony Foxx reflected,

“When escaped slaves sought their freedom, they traveled on the Underground Railroad.

“In the mid-1950s, a young woman who sat down and refused to get up—she did it on a transit bus. And the boycott of the Montgomery, Alabama, bus system resulted in changes that spread across the South.

“The Civil Rights Movement was about all Americans having access to the same opportunities. And our transportation system connects people to those opportunities.”

Remarkable words from a cabinet member who recognizes that his purview extends far beyond roads, rails, and runways. Secretary Foxx gets that how we move—the mode of transportation we choose, the route we take, and the fellow travelers we encounter along the way—carries far-reaching implications, especially for our economy, environment, and foreign policy. Here are three:

Public transportation creates jobs and promotes economic growth. Every $1 billion invested in the U.S. transportation infrastructure supports and creates some 47,500 jobs. That billion-dollar investment also leads to a net gain in GDP of $3.5 billion. Businesses located near public transportation services see improved productivity through better employee reliability and less absenteeism and turnover. Since public transport allows more people more access to more jobs, employers have larger, more diverse labor pools from which to draw workers, which leads to yet another improvement in community efficiency and prosperity.

Public transportation is healthier. Long, traffic-choked commutes are linked to obesity and chronic pain, to divorce and depression. Interestingly, adopting a public-transportation habit also spurs other healthy lifestyle choices, such as increased exercise and improved diet.

Yet somehow, despite its proven promises of a cleaner environment, a more robust economy, a healthier populace, etc., support for public transportation remains anything but a no-brainer. Last December, Congress declined to renew the public-transit tax credit, which had allowed Americans to set aside $245, pre-tax, for use on public transit. This year, the credit dropped to just $130—while the tax credit that commuters can set aside to pay for parking actually increased.

Last month, President Obama proposed a $302 billion Four-Year Transportation Reauthorization Bill, which earmarks $72 billion for public transportation. Also included is a $2.6 billion allocation for bus rapid transit systems in rapidly growing regions across the country, as well as an additional $400 million to be used to “enhance the size, diversity, and skills of our nation’s construction workforce, while providing support for local hiring efforts and encouraging States to use their On-the-Job training funds more effectively.”

We need to continue to fund and promote public transportation. As Secretary Foxx pointed out in his March on Washington reflection, “[U]nfortunately, transportation also has a history of dividing us. In many places, railroads have served to identify people who were living on ‘the wrong side of the tracks.’ And rarely in the last century did an urban interstate highway plow through a neighborhood that wasn’t characterized as poor.”

We can use public transportation to mitigate inequality, to improve the environment, to develop technologically and economically; it puts more of us on the right side of the tracks. Let’s keep this trend going.