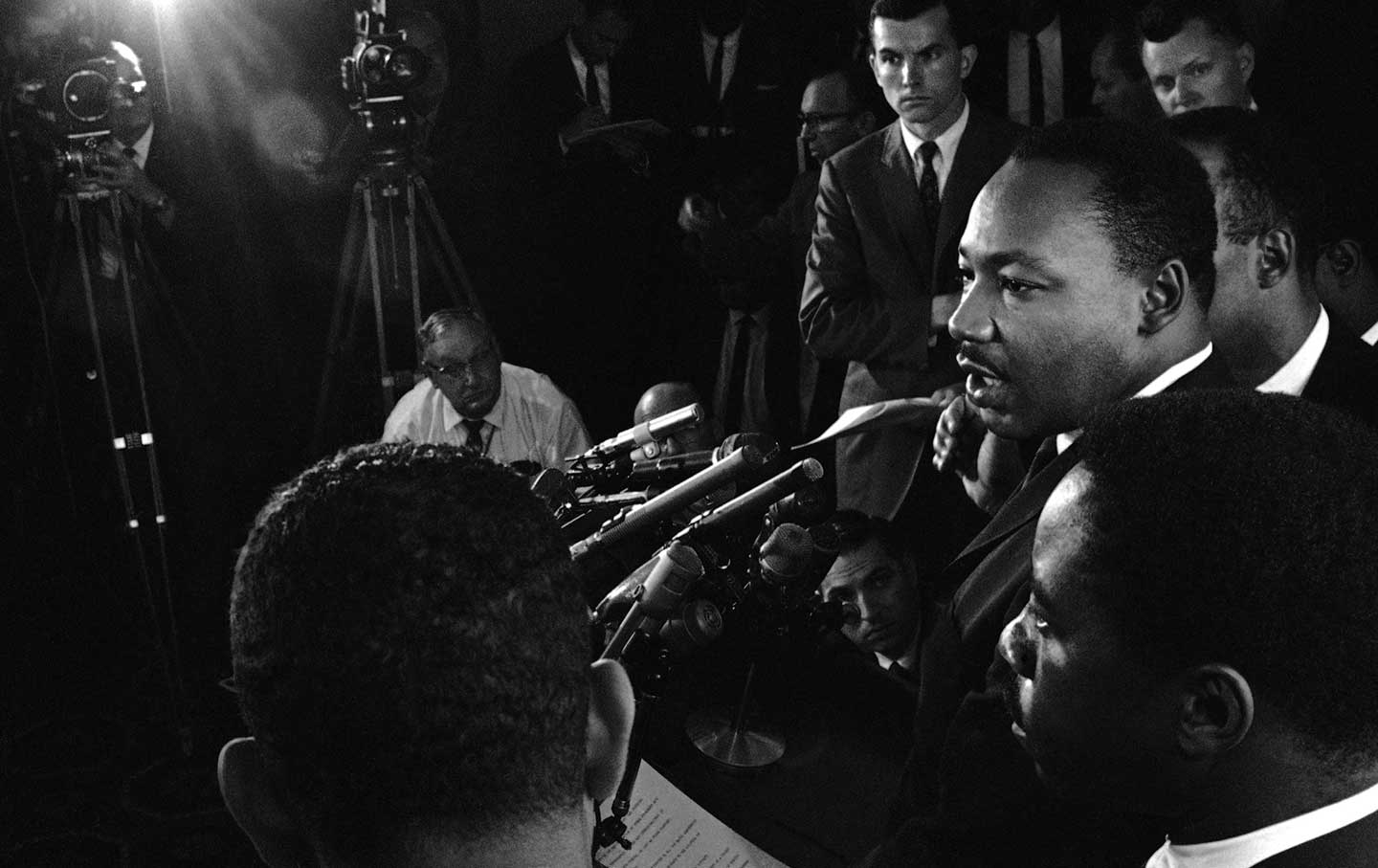 EDITOR’S NOTE: From 1961 to 1966, the Reverend Martin Luther King Jr. wrote an annual essay for The Nation on the state of civil rights and race relations in America. In this piece from 1966 he wrote about economic justice as the next struggle for the Civil Rights Movement.

At the end of 1965 the civil rights movement was depicted as bewildered and uncertain, groping desperately for new directions. The substantial legislative accomplishments of the past several years, it was argued, dealt so extensively with civil rights problems that the movement had become stagnated in an embarrassment of riches. Negro leaders, we were told, did not know how to maintain their assembled armies nor what goals they should seek.

The Negro freedom movement has a policy and a program; it is the white power structure that gropes in indecision. White America, caught between the Negro upsurge and its own conscience, evolved a limited policy toward Negro freedom. It could not live with the intolerable brutality and bruising humiliation imposed upon the Negro by the society it cherished as democratic. A wholesome national consensus found expression in laws, court decisions and in the alteration of long-entrenched custom. But the prohibition of barbaric behavior, while beneficial to the victim, does not constitute the attainment of equality or freedom. A man may cease beating his wife without thereby creating a wholesome marital relationship.

The period which has been completed, though attended by turmoil and spectacular events, was relatively easy to accomplish. For the white majority there were few hardships, and the lifting of some burden of guilt adequately compensated for any inconvenience.

The future is more complex. Slums with hundreds of thousands of living units are not eradicated as easily as lunch counters or buses are integrated. Jobs are harder to create than voting rolls. 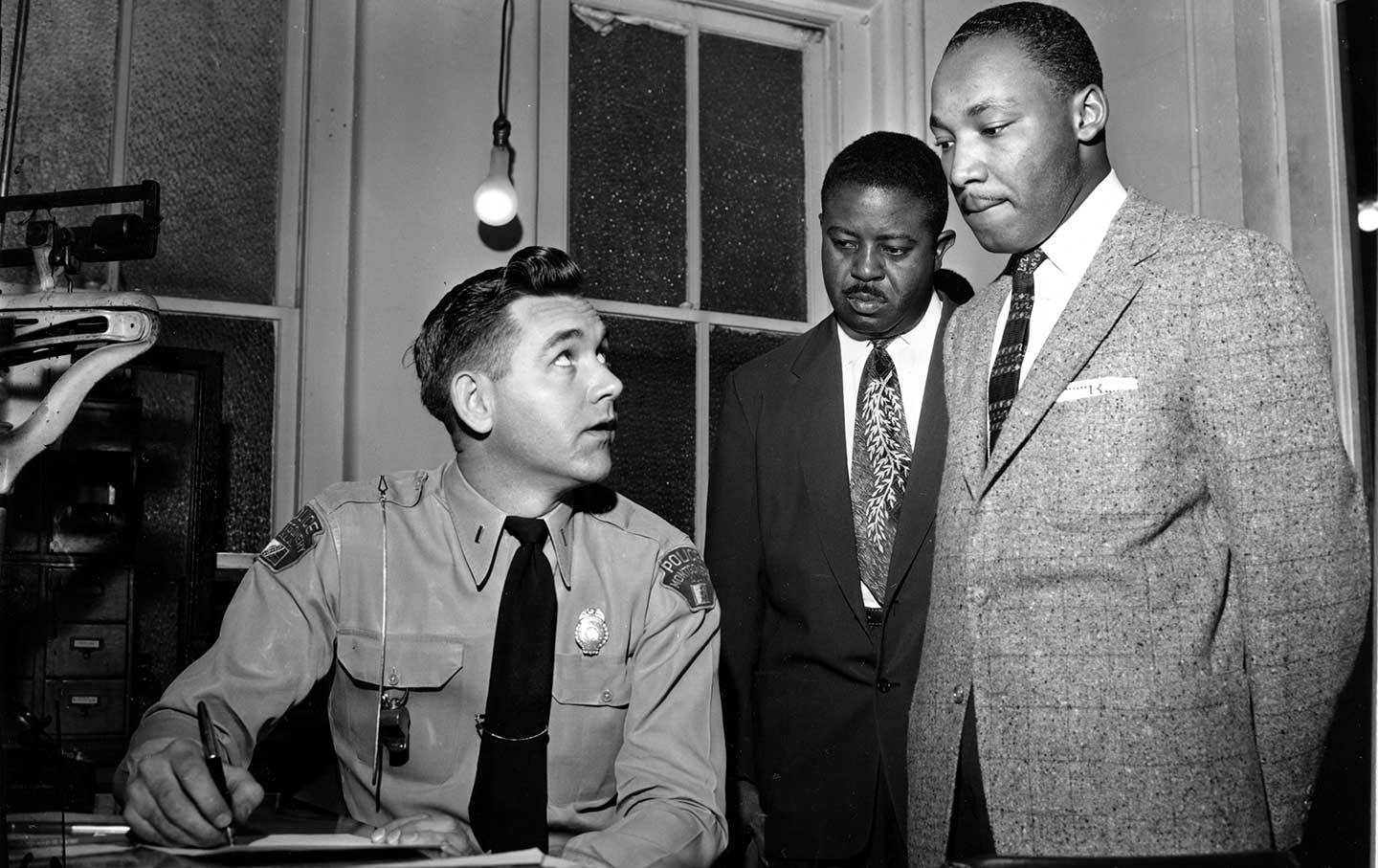 It is easy to conceive of a plan to raise the minimum wage and thus in a single stroke extract millions of people from poverty. But between the conception and the realization there lies a formidable wall. Someone has been profiting from the low wages of Negroes. Depressed living standards for Negroes are a structural part of the economy. A hardening of opposition to the satisfaction of Negro needs must be anticipated as the movement presses against financial privilege.

The danger of this period is not that Negroes will lose their gains. History will not repeat itself in a simple cycle. It can, however, fail to move forward and can become stalled on a higher plateau without prospect of reaching the summit.

Our nation is now so rich, so productive, that the continuation of persistent poverty is incendiary because the poor cannot rationalize their deprivation. It is an anachronism in the second half of the 20th century. Only the neglect to plan intelligently and adequately and the unwillingness genuinely to embrace economic justice enable it to persist.
Negroes expect their freedom, not as subjects of benevolence but as Americans who were at Bunker Hill, who toiled to clear the forests, drain the swamps, build the roads—who fought the wars and dreamed the dreams the founders of the nation considered to be an American birthright.