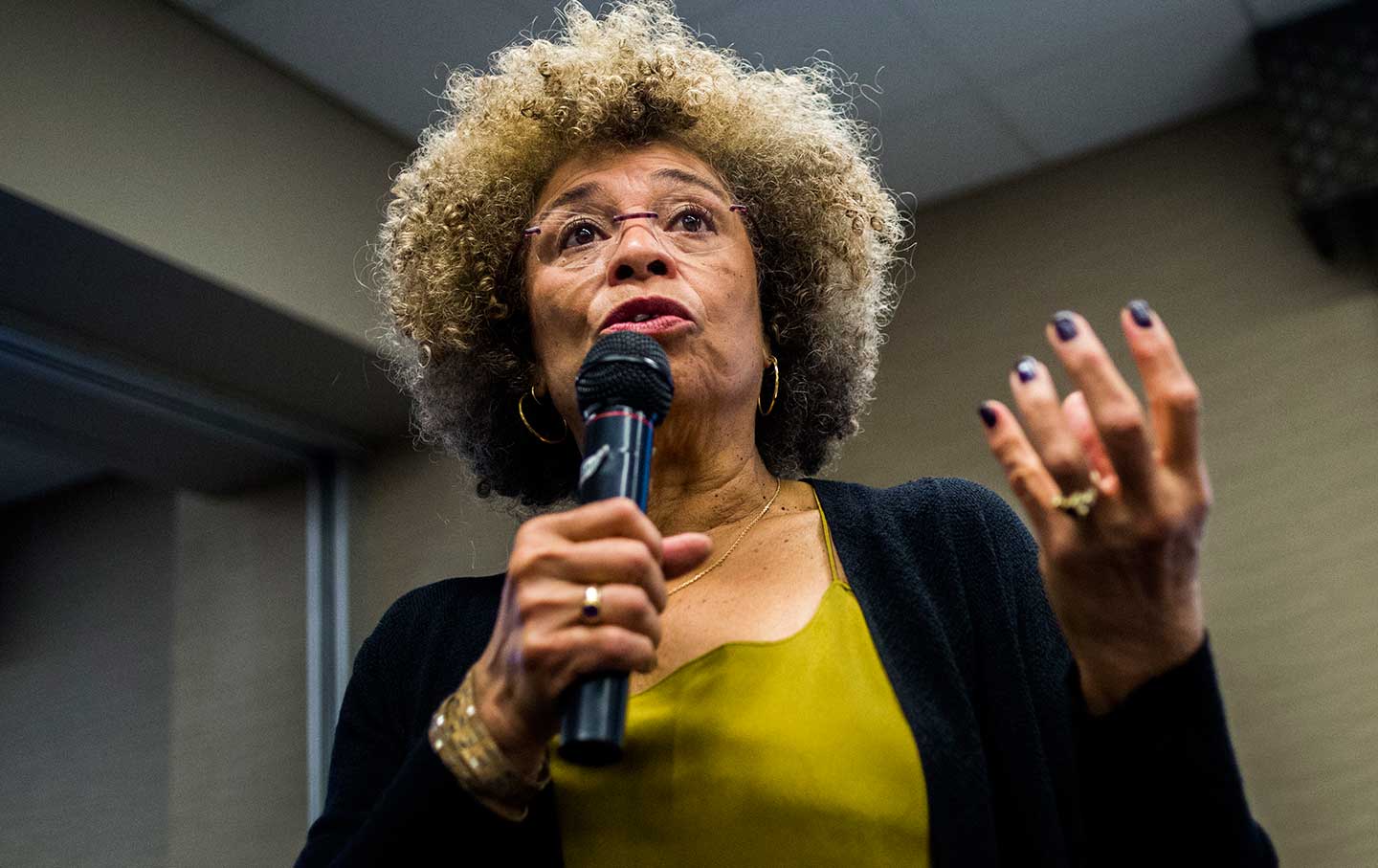 Angela Davis, author, educator, and iconic civil rights activist, speaks during her visit to the University of Michigan in Flint, Mich., on February 19, 2015 .

Angela Davis has been arguing for decades that this country must rethink its approach to police violence and prisons in order to address economic, social, and racial injustice. Now, she’s being heard by a growing audience. And she is delivering a powerful message to those who resist the idea of abolition of the institutions that sustain the carceral state. At the heart of that message is an argument that reform of policing and prisons is not just insufficient, it actually locks in injustices that need to be upended.

“Movements against racist police violence and against entrenched racial injustices in this country’s jails and prisons can claim a history that is almost as old as the institutions themselves,” writes Davis, the author, activist and Distinguished Professor Emerita of History of Consciousness and Feminist Studies at the University of California at Santa Cruz in a groundbreaking new essay. “Precisely because opposition and protests calling for reform have played such a central role in shaping structures of policing and punishment, the notion of reform has superseded other paths toward change. Ironically, many efforts to change these repressive structures—to reform them—have instead provided the glue that has guaranteed their continued presence and acceptance.”

Davis’s a message is being amplified by “Abolition for the People,” a new project of Kaepernick Publishing in partnership with the web publication Level (“for the interested man”) that is being curated by Colin Kaepernick. The project is making the case:

Not only do police and prisons fail to make us safer, but reform has only strengthened their most toxic ingrained practices. The only answer is abolition, a full dismantling of the carceral state and the institutions that support it. Instead, we need to invest in a future that puts justice and the needs of the community first. A future that, as Colin Kaepernick himself says in his introductory essay, makes us safer, healthier, and truly free.

Davis, in her essay “Why Arguments Against Abolition Inevitably Fail,” argues:

Abolitionist approaches ask us to enlarge our field of vision so that rather than focusing myopically on the problematic institution and asking what needs to be changes about that institution, we raise radical questions about the organization of the larger society.

By focusing on abolition, Davis explains that it is possible to go to the heart of the matter and give deeper meaning to discussions about addressing injustice. In so doing, she challenges those who see structural racism in the criminal justice system to also see the broader structures that the system sustains. “For those who recognize that racism feeds the proliferation of police violence and the decades-old surge of prison populations but who still insist that these institutions are simply in need of deliberate reform, it might be helpful to reflect on the fact that similar logic was used about slavery,” she writes, continuing:

Just as there are those who want change today but fear that these institutions are so necessary to human society that social organization would collapse without them, there were those who believed that the cruelty of the ‘peculiar institution’ was not inherent to slavery and could indeed be eradicated by reform. Just as we hear calls today for more humane policing, people then called for a more humane slavery. Abolition—of slavery, the death penalty, prisons, police—has always been a controversial political demand, not least because it calls attention to the fact that simply reforming specific institutions without changing their foundational elements may reproduce and perhaps even exacerbate the problems reform seeks to solve.

That’s a vital challenge at a moment when almost everyone—including many conservative Republicans—has begun to talk about criminal justice reform reform, though there remains resistance to discussions about abolition. Davis argues:

The language of abolition evokes historical continuity. While most anti-slavery abolitionists simply wanted to get rid of slavery, there were those who did recognize early on that slavery could not be comprehensively eradicated simply by disestablishing the institution itself, leaving intact the economic, political, and cultural conditions within which slavery flourished. They understood that abolition would require a thorough reorganization of U.S. society—economically, politically, and socially—in order to guarantee the incorporation of formerly enslaved Black people into a new democratic order. That process never occurred, and we are facing issues of systemic and structural racism in 2020 that should have been addressed more than 100 years ago.

The case Davis is making is a compelling one. Of course, there will be those who reject it. But no one should so so without reading the whole of her argument. That argument pushes beyond the boundaries of the current debate and asks Americans to think in bolder, and more hopeful, ways about a future that does not have to repeat the mistakes of the past.

“Abolitionist strategies are especially critical because they teach us that our visions of the future can radically depart from what exists in the present,” she said, continuing:

Just as trans activists have been partially successful in encouraging us to abandon the conventional gender binary—and to comprehend its structural role in defining policing and imprisonment—this current conjuncture demands that we believe in new possibilities. Such new possibilities would include rewarding jobs, critical education, decent housing, accessible health care, recreation, and art for all. It also demands that we conduct ourselves on our campuses, in our sports arenas, and in our political struggles, cultural work, and intimate lives as individuals and communities worthy of racial, gender, and economic equality—and worthy of radical, socialist futures.