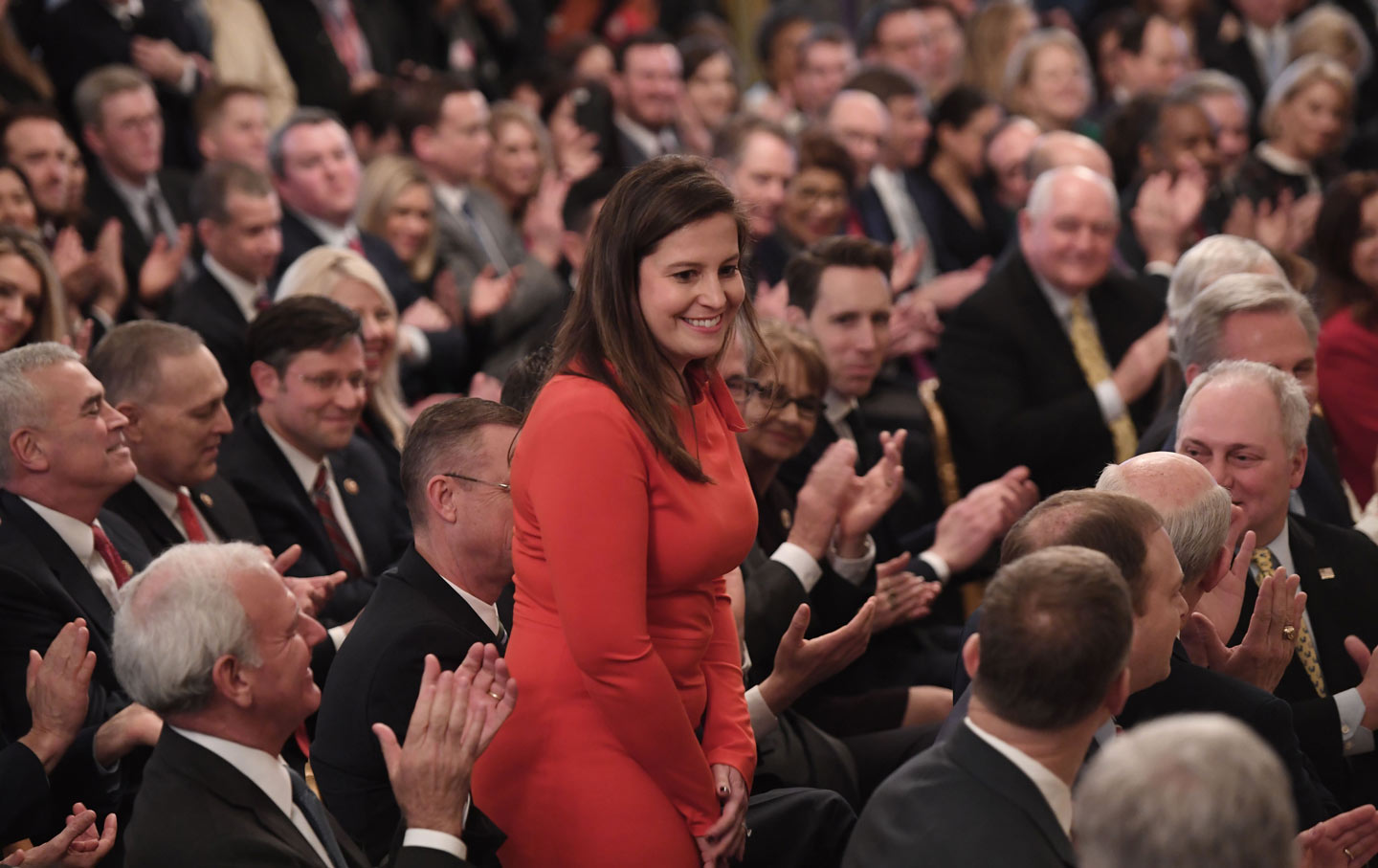 Elise Stefanik has chosen the power politics of Donald Trump’s inner circle over the communities of northern New York.

That choice has made her the No. 3 leader in the House Republican Caucus.

But it has strained her ties with the district she has represented since 2015.

Once positioned as a relatively moderate Republican in the tradition of the party’s New York wing, Stefanik used to stand up to Donald Trump. But when it became clear that the former president was going to continue to be the dominant figure in the GOP, despite his defeat in the 2020 election, Stefanik pivoted to be where the power was.

That got her a high-profile gig as the House Republican Conference chair, replacing a more conservative Republican, Wyoming Representative Liz Cheney, who has unwilling to parrot Trump’s lies about the 2020 election and the January 6 insurrection at the US Capitol.

But it has also gotten her some serious competition in the 2022 election.

Matt Putorti, a 37-year-old lawyer from Whitehall, NY, just launched his campaign with a message that is rooted in the small towns of northern New York—as opposed to Mar-a-Lago ballrooms and high-priced DC bistros where Stefanik has chosen to cast her lot.

Focusing on the incumbent’s embrace of Trump’s divisive politics, Putorti says, Stefanik “is ripping apart the fabric of our community by bringing the divisiveness of our current politics to the North Country.”

He’s right. And he knows how to speak to the people of the close-knit communities that Stefanik has abandoned as she grasps for power.

“I describe Whitehall as a spaghetti dinner town. It’s a place where the community comes together when somebody needs help. If somebody loses a job, or if there’s not enough health insurance to provide coverage for a life-threatening illness, the community will throw a spaghetti dinner fundraiser to help that person,” he explains, noting that, as in a lot of other small towns, “even if, at the end of the day, we might disagree, everybody is going to support you if you need help.”

“Elise Stefanik is a threat to spaghetti dinner towns,” Putorti says in a campaign launch video that warns, “If we continue to divide people they’re not going to be able to share that meal together.”

Putorti is the third challenger to Stefanik to enter the race in New York’s 21st district—the others are Democrat Ezra Watson and Republican Lonny Koons. While the incumbent is a prodigious fund-raiser and will have enthusiastic support in 2022 from Trump, the district could become more Democratic after redistricting. So this contest has the potential to be a competitive one.

Putorti understands the challenges and the opportunities that characterize the contest. As an openly gay lawyer whose campaign says he has “spent the majority of his career fighting insurance companies who wrongfully deny coverage and has devoted significant pro bono efforts to advancing LGBTQ equality, reducing gun violence and making the immigration system fair,” he has assembled a team that includes top strategists, media consultants, and pollsters with experience in the campaigns of President Biden and other prominent Democrats.

But his greatest strength as a candidate may be his family history. Putorti’s campaign launch is built around a homage to Whitehall, and to the grocery store that his great-grandmother started more than 90 years ago. His parents, who still run the store, are prominently featured, as are images of the village, which has just under 4,000 residents, according to the latest Census estimate. “The community in Whitehall is the foundation of who I am,” the candidate says. “I think it informs a lot of my desire to run for Congress.”

That’s a good message for a challenger to a high-flying member of Congress who is more interested in representing Donald Trump than the spaghetti dinner towns of northern New York.