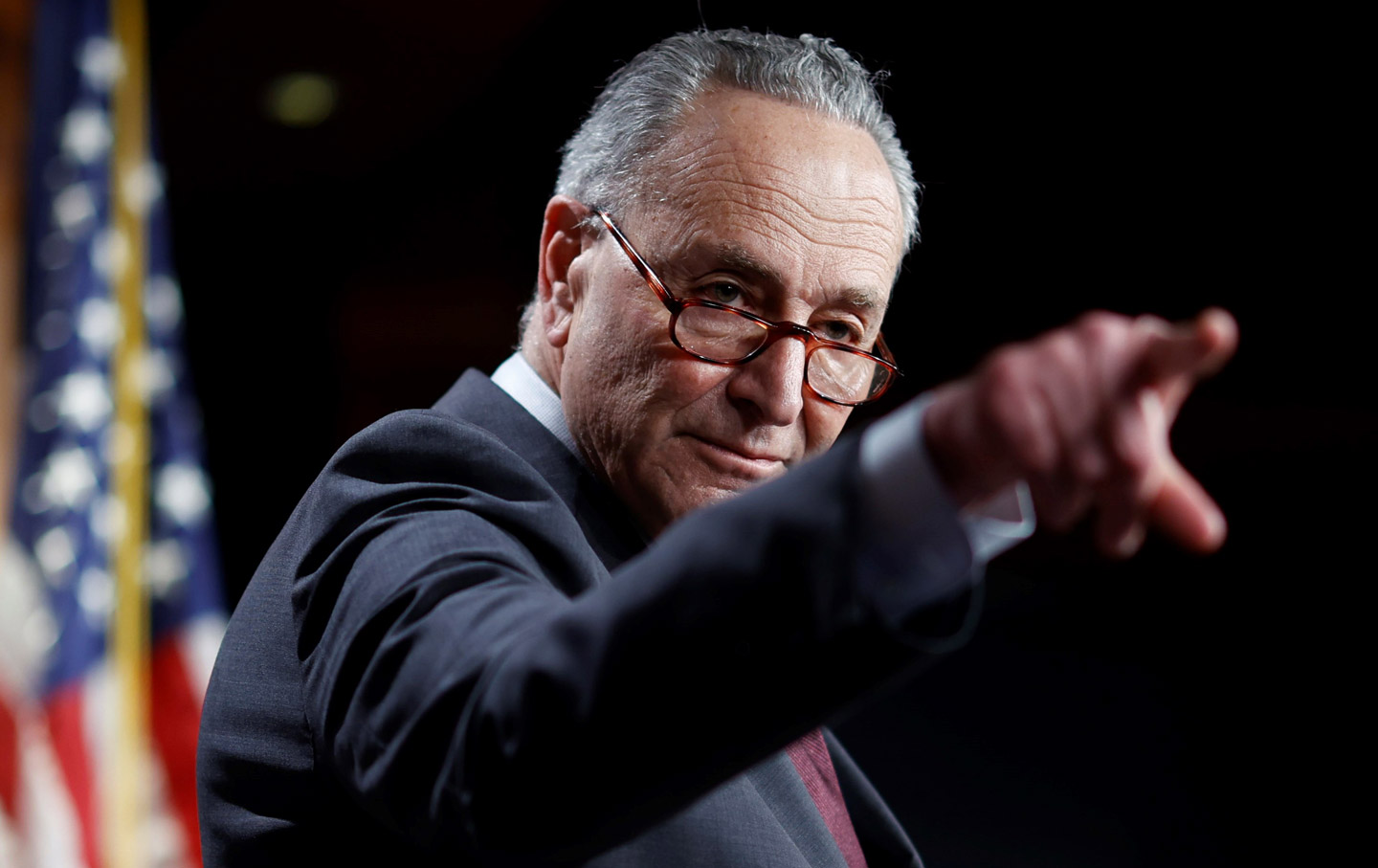 Chuck Schumer has his work cut out for him. The New York Democrat is the majority leader of a Senate that is evenly split between the two major party caucuses. Minority leader Mitch McConnell (R-Ky.) says he is “100 percent” committed to obstructing President Biden’s Democratic agenda. And some members of Schumer’s own Democratic caucus—most notably West Virginia Senator Joe Manchin—are refusing to go along with efforts to create a united front in support of proposals such as the democracy-renewing For the People Act.

But the Schumer holds to the view that it is still possible for the Senate to get things done on at least some major issues.

Possible. But not easy.

The majority leader was especially frustrated in late May when right-wing Republicans—led by Wisconsin Senator Ron Johnson—sought to stall debate on the US Innovation and Competition Act, a groundbreaking piece of legislation that Schumer describes as “the most significant investment in science, technology and American manufacturing in a generation.” In a letter to colleagues, Schumer explained how the Senate saw “the limits of bipartisanship and the resurgence of Republican obstructionism” in the initial debate over what had shaped up initially as a bipartisan initiative.

“Despite three months of regular order on USICA, the input of no fewer than six committees, dozens of Republican amendments accepted to the bill, and 21 roll call and voice votes on amendments,” he explained, “Senate Republicans sought to delay the inevitable passage of USICA by two weeks, even as American manufacturers experiencing a devastating semiconductor shortage plead for help.”

Schumer pressed the issue, arguing, “We have put ourselves in a very precarious position of potentially falling behind the rest of the world in the technologies and industries that will define the next century.”

On May 27, just before the Memorial Day break, the majority leader got the Senate to vote 68-30 to end debate on the $250 billion package. That sets up an all-but-certain Senate vote to approve USICA, which will then go to the House, where it has been pushed by Representative Ro Khanna (D-Calif.). While much of the media has framed the proposal as a response to China’s growing economic strength—and that is surely a part of the explanation for its bipartisan appeal—Khanna has always framed it in a broader context. “It is an economic document. It’s a jobs bill. It’s a technology bill,” the Californian has said of what was initially named the Endless Frontier Act. “But our argument is foreign policy and economic policy are interlaced. That the future of the 21st century is not as dependent on who has more aircraft carriers—it’s more dependent on who will lead on the industries of the future and technology. Building a resilient supply chain for semiconductors and building a lead in clean tech and AI is as critical as funding defense, and that argument has resonated.”

With the Senate poised to debate USICA beginning on June 8, Schumer says, “It will pass overwhelmingly with both a majority of Democrats and a majority of Republicans voting for it.”

That’s a bold claim, and an important one, as it suggests that, as frustrating as the process may be, it is still possible to govern. At least on some issues.