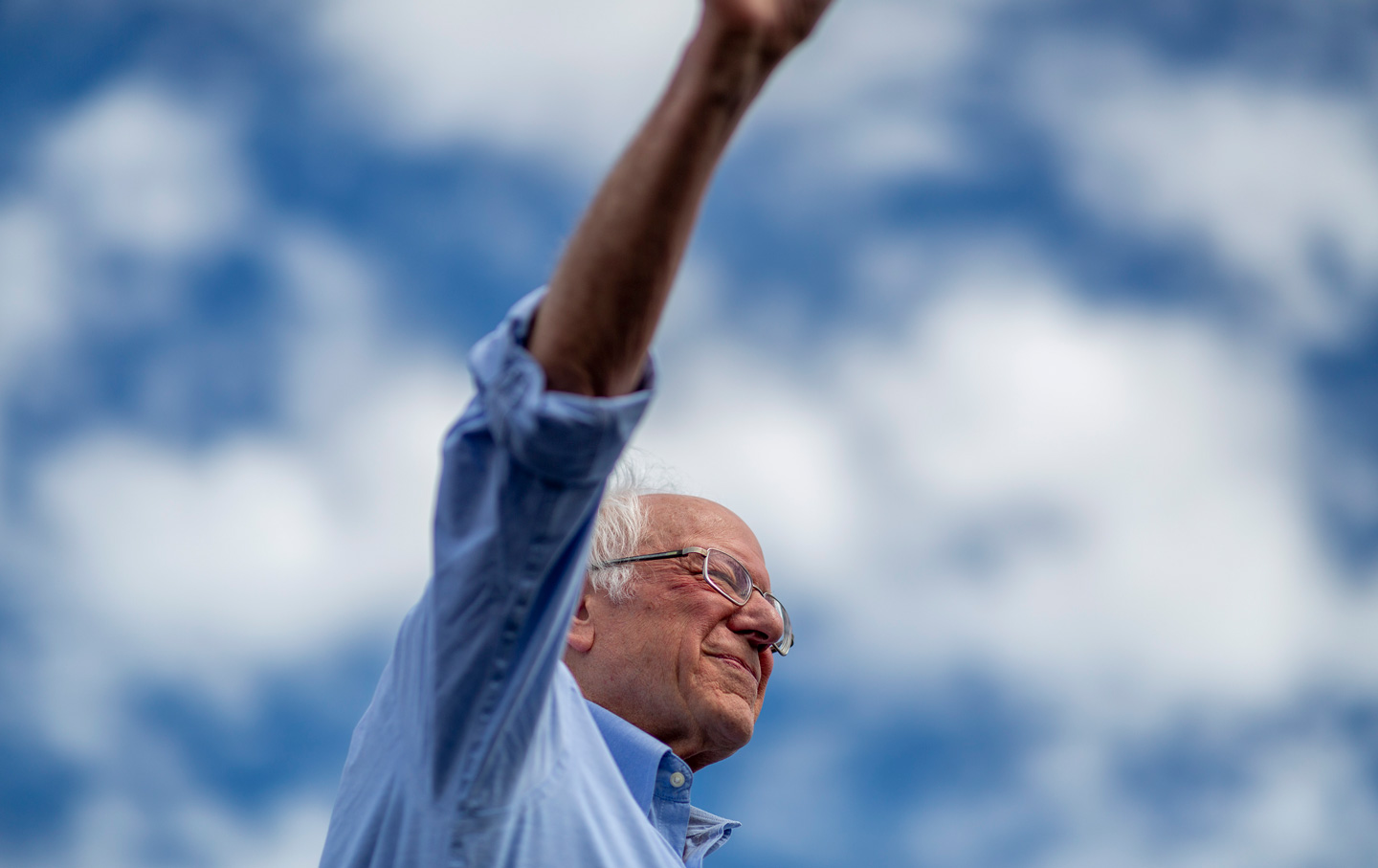 On the first day of the Democratic National Convention, we published an exclusive interview with Vermont senator Bernie Sanders. The former presidential candidate gave a preview of his convention speech and how the Covid-19 pandemic has thrown into even sharper relief the systemic inequalities and injustices in this country.

But Sanders and I also spoke about the importance of new initiatives he and his fellow progressive legislators are starting to cut the Pentagon budget. In July, progressives in Congress, including Representative Barbara Lee, began a coordinated campaign to reduce defense spending in the 2021 National Defense Authorization Act. Their efforts ultimately failed to gain the necessary traction, but one thing is clear: They’ve reinvigorated a long-dormant conversation. This is what Sanders had to say on the matter.

JN: The argument I made in the book (The Fight for the Soul of the Democratic Party) was that, over the 75 years since that time when Roosevelt and Henry Wallace were talking about economic rights, there have been real battles for the soul of the party, for this vision of what the party should stand for. I tend to share your view that there’s been progress—even if it’s too slow—and I think we’re seeing some movement now on the issue of militarism, on the issue of funding the Pentagon. You got a lot of senators to vote with you on that issue, which I think was a huge breakthrough.

BS: You are absolutely right, and thank you for saying that.

If you check the record, what you will find is that in recent years, there has been almost unanimous support for very bloated Pentagon budgets. The budget now of $740 billion is, I think, larger than the next 11 nations combined, most of whom by the way are our allies.

What we said when we proposed a 10 percent cut in Pentagon spending was that, at a time of so much need in this country, at a time when people cannot find affordable housing, don’t have healthcare, can’t afford to go to college, it is absurd to continue to spend so much on a military. It is absurd to just approve what is clearly a bloated budget, which has not been able to sustain an independent audit, which has massive cost overruns, where military contractors have been found guilty of fraud and had to make settlements for cheating the government.

It is appropriate to start cutting military spending and using that money on those people who need it the most, which is what our resolution, our amendment, proposed. It got the votes of half of the Democratic caucus, so I think we are making some progress on this.