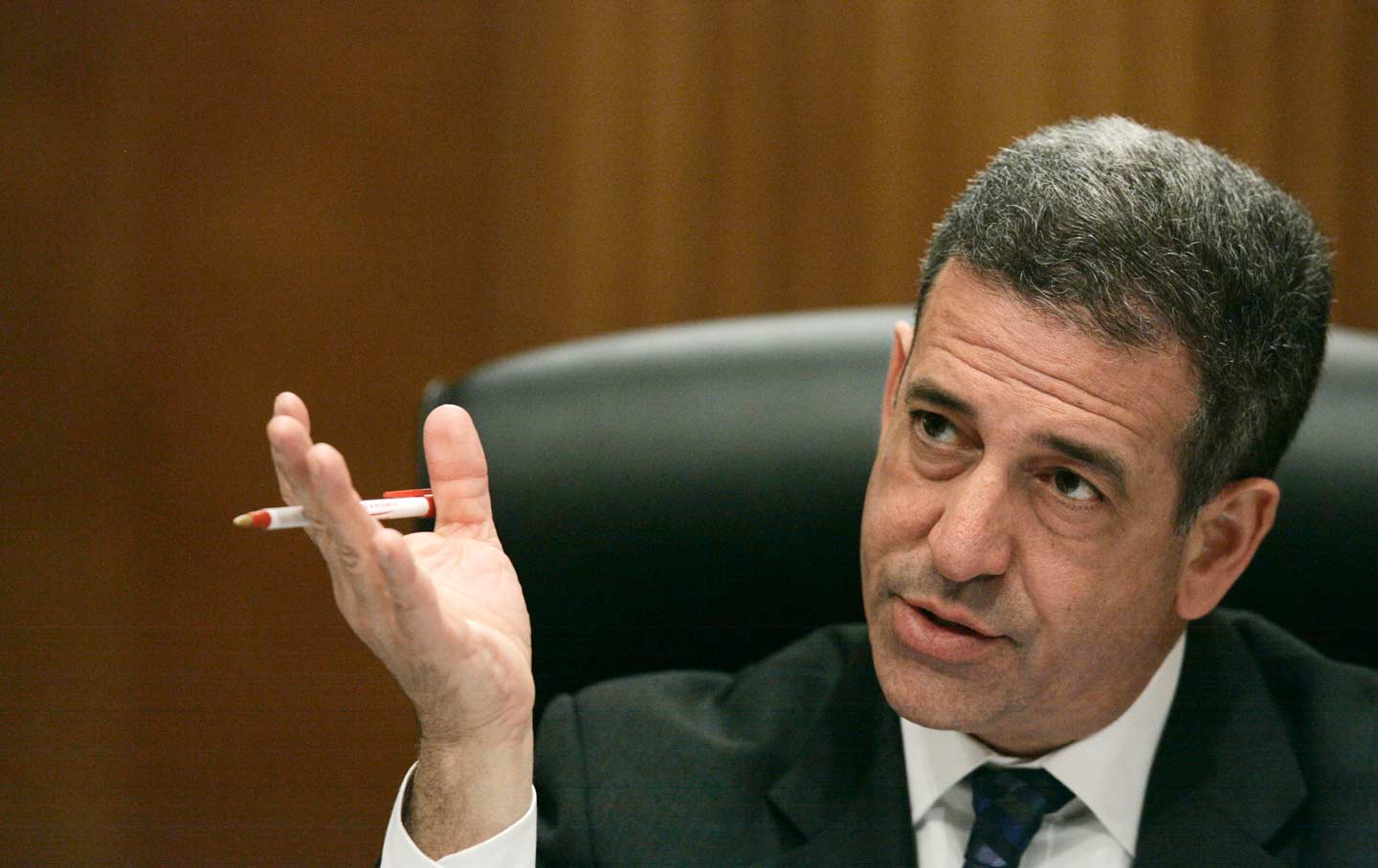 American Constitution Society president Russ Feingold has in recent days been raising some of the most pointed objections to the rush by President Trump and Senate majority leader Mitch McConnell to place a right-wing judicial activist on the Supreme Court before the 2020 election.

The former chairman of the Constitution subcommittee of the Senate Judiciary Committee pulls no punches. By demanding approval of a controversial nominee at a point when “Americans are already voting in an election that will determine who will be sworn in as President on January 20, 2021,” Feingold says:

Trump and McConnell are expressing contempt for the voters by attempting to railroad through this nominee. The nominee, should she be confirmed in this manner, will forever be tarred with the partisanship, hypocrisy and bias that characterize this nominations process. So too would be the Court she would join.

Feingold’s message is an important one, and he is delivering it in the same precise language that he employed during three terms as the Senator from Wisconsin. Since leaving the chamber in 2011, the Democrat has maintained a sharp focus on the constitutional concerns that became closely associated with his name in 2001, when he cast the sole Senate vote against the Bush-Cheney administration’s USA Patriot Act. Indeed, few Democrats have longer histories of being in the forefront of advocacy for civil liberties, civil rights, reform of policing, criminal justice reform, ending the death penalty, and a progressive vision for reasserting the rule of law.

That raises a question that is worth pondering. If Joe Biden wins the presidency, shouldn’t he consider Russ Feingold for a post in a new Democratic administration? More to the point, shouldn’t Biden consider Feingold for attorney general?

Feingold and Biden served together in the Senate for 16 years and know each other well. Later, Biden and Feingold worked together in President Obama’s administration—when Feingold was the State Department’s special envoy to the Great Lakes region of Africa.

Biden has described Feingold not just as “a friend” but as courageous leader on a host of issues. And Obama, who would almost certainly be consulted regarding cabinet picks for a Biden administration, has long been one of Feingold’s most ardent champions.

Throughout his remarkable rise from the Illinois state Senate to the US Senate and then the presidency, Obama talked about his regard for Feingold. Asked in 2004 about whether he would have opposed the Patriot Act, as Feingold had done, Obama said:

A year later, when Obama was a Democratic nominee for the US Senate from Illinois, he told me that he viewed Feingold as a role model, and an example of ethical service. Obama and Feingold had their disagreements over the years, as have Biden and Feingold.

But there has never been any doubt about the regard these men have for one another.

Obama in 2016 described Feingold as “an honest, independent-minded public servant who’s not driven by what’s politically expedient; he’s driven by what he knows is right.” Biden has been similarly complimentary, describing the Wisconsinite as “one of the greatest” and declaring, “This guy’s got courage.”

So why not put Feingold’s name on the short list for Attorney General? And why not talk about it?

Biden would be wise to discuss cabinet prospects. Doing so gives voters a sense of what a Biden administration might look like. It also sends a signal about the willingness of this centrist presidential contender to build a team that includes Democrats from across the ideological spectrum.

That would certainly be the case with Feingold, whose well-documented record of opposing the Patriot Act, the Iraq War, and corporate trade deals, along with his career-long commitment to economic, social, and racial justice, is valued by progressives. Massachusetts Senator Elizabeth Warren is not alone in hailing the Wisconsinite as a “champion of justice.”

But Feingold is not just a politically smart prospect. He’s a practical choice. As a former Senate Judiciary Committee member who now leads the leading progressive legal organization in the United States, and as a constitutional scholar with a reputation for working across lines of ideology and partisanship, he is uniquely qualified to head the Department of Justice. And he would be the perfect successor to William Barr. Think about it: Who better than a man of unrivaled independent and integrity to replace the most disreputable attorney general in American history?