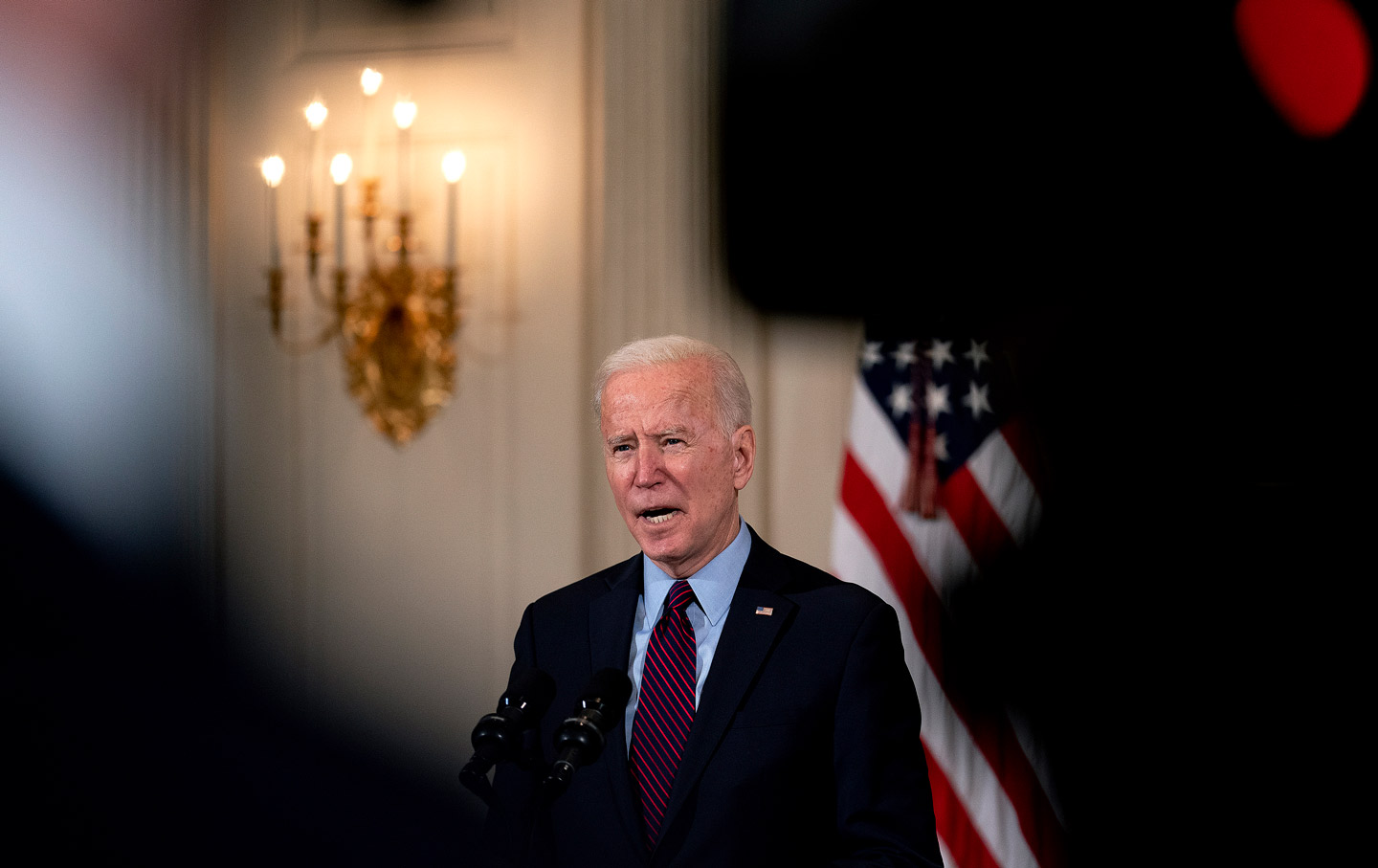 President Joe Biden, fresh from a major victory with Senate approval of his $1.9 trillion American Rescue Act, started the new week in Washington by placing a major focus on voting rights. That, in turn, drew attention to the challenge of getting the Senate to take up vital measures to defend and extend the right to vote.

Executive and legislative action honors the legacy of John Lewis

On Sunday, the 56th anniversary of the “Bloody Sunday” march for voting rights in Selma, Ala., the new president appeared at the annual Martin and Coretta Scott King Unity Breakfast and recalled the legacy of the late Representative John Lewis, a heroic Selma marcher who died on July 17, 2020, at age 80. Biden recalled, “A few days before he passed, Jill and I spoke with John, Congressman Lewis. But instead of answering our concerns about him—‘How are you doing, John?’—he asked us to stay focused on the work left undone to heal and to unite this nation around what it means to be an American. That’s the God’s truth. John wouldn’t talk about his pending death or his concerns. He said we just got to get this done.”

To that end, the president issued a 2,569-word executive order to protect “free and fair elections that reflect the will of the American people.”

In a major break from the Trump administration’s focus on voter suppression, voter intimidation, and “big lie” denial of 2020 election results, Biden, on Sunday, ordered:

Executive departments and agencies (agencies) should partner with State, local, Tribal, and territorial election officials to protect and promote the exercise of the right to vote, eliminate discrimination and other barriers to voting, and expand access to voter registration and accurate election information. It is our duty to ensure that registering to vote and the act of voting be made simple and easy for all those eligible to do so.

Here’s some of what the White House says the president’s executive order will do:

This is a big deal. But executive orders only go so far. Here’s what else is happening:

Biden wants the Senate to move rapidly to enact HR 1: The For the People Act

“This is a landmark piece of legislation that is urgently needed,” he said in a video issued Sunday. “I hope the Senate does its work so I can sign it into law.”

HR 1, a sweeping campaign finance reform and democracy-building measure, won House approval last week on a party-line 220-210 vote. Maryland Democrat John Sarbanes, who led the House push, now says, “We have to take advantage of this moment, and I think there will be an appreciation of that in the United States Senate. We’ll see if it can be done on a bipartisan basis. If not, then I think it makes sense to step back and reevaluate the filibuster and whether that makes sense and figure out if there’s another path forward.”

Don’t bet on much bipartisanship. Senate Republicans can stop this measure unless Senate Democrats change the rules. They should eliminate the filibuster, and there’s been some progress on that front. Senate majority whip Dick Durbin (D-Ill.) says, “Unfortunately, we’ve reached that point [where some action must be taken]. And if enough members in the Senate agree, we’ll change the rules.” But are members of the Senate Democratic Caucus united for reform? Not necessarily. West Virginia Democrat Joe Manchin is still firmly opposed to filibuster reform.

Is there an alternative route? The Senate could make a rules exception for democracy issues. That’s what Norm Eisen, who served as President Obama’s ethics czar; Richard W. Painter, who served as chief ethics lawyer for former George W. Bush; and Law Forward chief counsel Jeffrey Mandell argue in a smart proposal for how Democrats should proceed. Read it here.

In the face of a wave of Republican efforts to gut existing voting rights protections in the states—which has been well documented here by the Brennan Center—there’s a renewed push to restore federal Voting Rights Act protections that were undermined by the US Supreme Court in 2013.

Members of Congress are moving to reintroduce the John Lewis Voting Rights Act, and House majority whip Jim Clyburn (D-S.C.) said Sunday that the bill will be on Biden’s desk by this summer. Clyburn wants it signed by August 6, the 56th anniversary of President Lyndon Johnson’s signing of the Voting Rights Act in 1965.

Sylvia Albert, the director of voting and elections at Common Cause, says it is vital for the House and Senate to take up the legislation. Here’s a link to Albert’s argument that action is urgent. “In 2013, in a 5-4 decision, the Supreme Court eroded key parts of the Voting Rights Act of 1965, which protected voters from racial discrimination and intimidation. This decision led to numerous states passing new anti-voter laws that restrict access to the ballot box and cut the number of polling places in our communities,” she explains. “These changes have disproportionately restricted the freedom to vote for voters of color, often leading to long lines and less resources to run accessible elections in Black and brown communities. The John R. Lewis Voting Rights Act is our chance to reverse this trend by restoring the Voting Rights Act and strengthening the provisions in it to protect the freedom to vote for all Americans, particularly voters of color.”