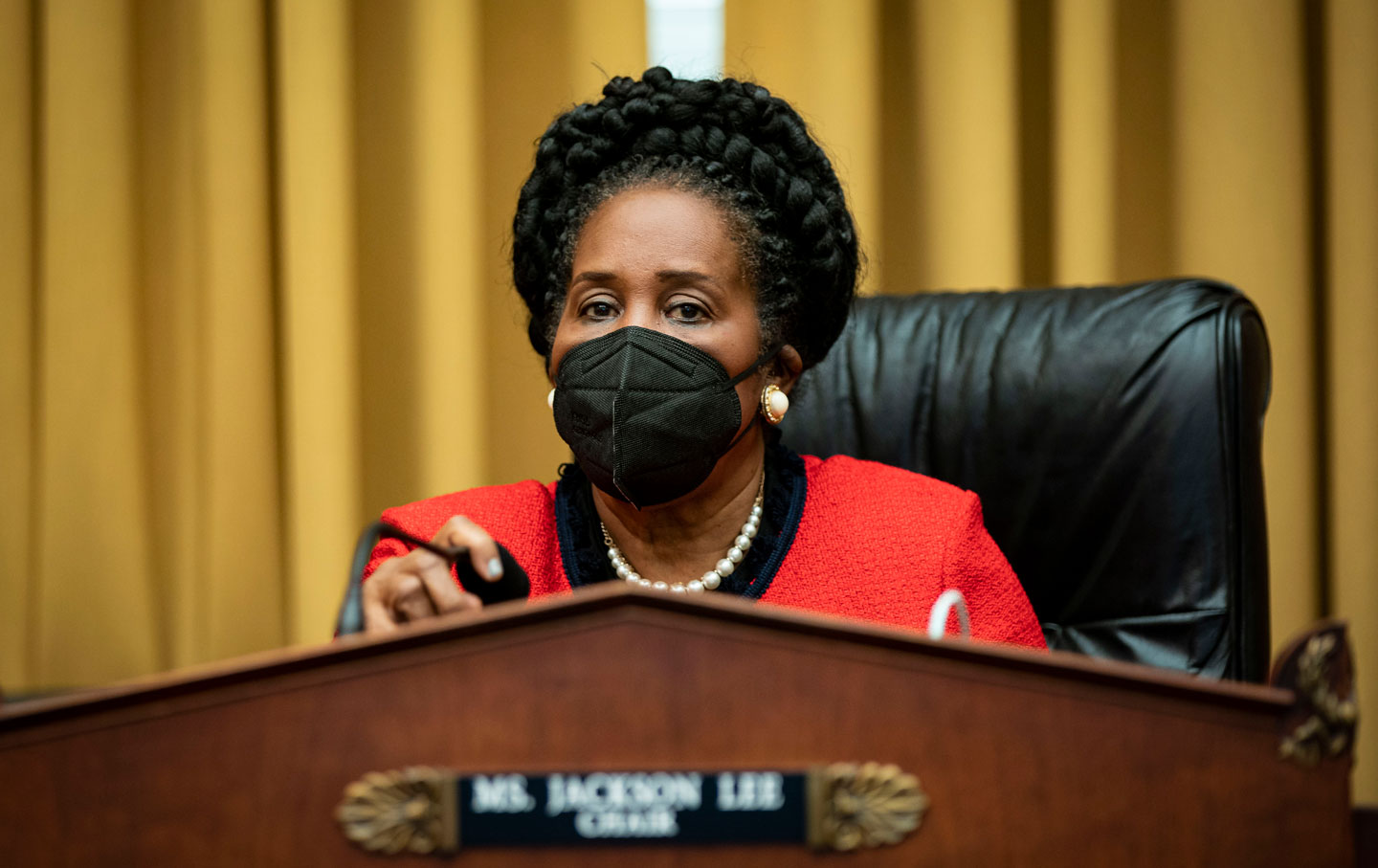 The House Judiciary Committee will, on Wednesday, hold the first-ever markup for a plan to develop reparations proposals for African Americans. At the session, the committee will take critical steps in the process of advancing HR 40, a proposal by Representative Sheila Jackson Lee (D-Tex.) “to address the fundamental injustice, cruelty, brutality, and inhumanity of slavery in the United States and the 13 American colonies between 1619 and 1865 and to establish a commission to study and consider a national apology and proposal for reparations for the institution of slavery, its subsequent de jure and de facto racial and economic discrimination against African Americans, and the impact of these forces on living African Americans.”

HR 40 has attracted 175 cosponsors—more than twice what it had two years ago. High on the cosponsor list is Judiciary Committee chair Jerry Nadler (D-N.Y.) who describes Wednesday’s session as “historic.”

Representative Lee sees the markup session—at which the text of the measure will be reviewed and prepared for consideration by the committee and, potentially, the House—as “a major step toward the creation of a long overdue national commission to study and develop reparation proposals.”

“Since its introduction in 1989 by the late Chairman John Conyers, and now through its continued introduction, HR 40 has galvanized governmental acknowledgement of the crime of slavery and its continuing societal impact,” explains the Texan, who chairs the Judiciary Committee’s Subcommittee on Crime, Terrorism, and Homeland Security. “Through this legislation, we will finally be able to confront the stark societal disparities occurring in the African American community today and provide solutions. By passing HR 40, Congress can also start a movement toward the national reckoning we need to bridge racial divides. Reparations are ultimately about respect and reconciliation—and the hope that one day, all Americans can walk together toward a more just future.”

The markup will take place April 14 at 10 am ET in the Rayburn House Office. It can be watched on the Judicary Committee’s YouTube channel.

Here’s a link to the full bill.

Here is a link to a 1999 Congressional Black Caucus Foundation forum on the initial reparations bill.

Here is a link to 2019 interview with Representative Lee on her bill.

Here, finally, is a portion of an extended statement on the long struggle for reparations, which was delivered two years ago by Representative Lee:

Four hundred years ago, ships set sail from the west coast of Africa and in the process, began one of mankind’s most inhumane practices: human bondage and slavery. For two centuries, human beings – full of hopes and fears, dreams and concerns, ambition and anguish – were transported onto ships like chattel, and the lives of many forever changed. The reverberations from this horrific series of acts – a transatlantic slave trade that touched the shores of a colony that came to be known as America, and later a democratic republic known as the United States of America – are unknown and worthy of exploration. Approximately 4,000,000 Africans and their descendants were enslaved in the United States and colonies that became the United States from 1619 to 1865.

The institution of slavery was constitutionally and statutorily sanctioned by the Government of the United States from 1789 through 1865. American Slavery is our country’s original sin and its existence at the birth of our nation is a permanent scar on our country’s founding documents, and on the venerated authors of those documents, and it is a legacy that continued well into the last century. The framework for our country and the document to which we all take an oath describes African Americans as three-fifths a person. The infamous Dred Scott decision of the United States Supreme Court, issued just a few decades later, described slaves as private property, unworthy of citizenship. And, a civil war that produced the largest death toll of American fighters in any conflict in our history could not prevent the indignities of Jim Crow, the fire hose at lunch counters and the systemic and institutional discrimination that would follow for a century after the end of the Civil War.

The mythology built around the Civil War—that victory by the North eradicated slavery and all of its vestiges throughout our nation—has obscured our discussions of the impact of chattel slavery and made it difficult to have a national dialogue on how to fully account for its place in American history and public policy. While it is nearly impossible to determine how the lives touched by slavery could have flourished in the absence of bondage, we have certain datum that permits us to examine how a subset of Americans – African Americans – have been affected by the callousness of involuntary servitude. We know that in almost every segment of society – education, healthcare, jobs and wealth – the inequities that persist in America are more acutely and disproportionately felt in Black America.

This historic discrimination continues: African-Americans continue to suffer debilitating economic, educational, and health hardships including but not limited to having nearly 1,000,000 black people incarcerated; an unemployment rate more than twice the current white unemployment rate; and an average of less than 1⁄16 of the wealth of white families, a disparity which has worsened, not improved over time.

Though the Federal government has been slow to engage the issue of reparations, individuals, corporations and other public institutions have engaged the discussion out of both necessity and conscience. In 1994, a group of California plaintiffs brought suit against the Federal government and by 2002, nine lawsuits were filed around the country by the Restitution Study Group. Though litigation has yielded only mixed success in court, a serious foundation was laid for alternative forms of restitution. For example, in 2005, J.P. Morgan & Company tried to make amends for its role in the slave trade with an apology and a $5 million, five-year scholarship fund for Black undergraduates in Louisiana. In 2008, the Episcopal Church apologized for perpetuating American slavery through its interpretation of the Bible and certain diocese have implemented restitution programs. In 2003, Brown University created the Committee on Slavery and Justice to assess the University’s role in slavery and determine a response. Similarly, in 2016, Georgetown University apologized for its historical links to slavery and said it would give an admissions edge to descendants of slaves whose sale in the 19th century helped pay off the U.S. school’s debts. In 2017, my alma mater Yale University announced that it would rename Calhoun College – named for John C. Calhoun – would be changed to honor Grace Murray Hopper, a trailblazing computer scientist who also served as rear admiral in the United States Navy. The University’s president, Peter Salovey, indicated that removing Calhoun’s name was consistent with its values because Calhoun had a legacy of a white supremacist and a national leader who passionately promoted slavery as a positive good.

And, in April of this year (2019), students at Georgetown University voted in favor of paying reparations to the descendants of enslaved people who were sold by the university in order to satisfy its debts. In 1838, in a practice likely far wider spread than is likely accounted for, Georgetown Jesuits sold 272 slaves who worked on plantations. When the results of the Georgetown poll were announced, the numbers were overwhelming: 2/3 of students indicated that payments should be funded to descendants of these slaves and would be paid for by a fee that would apply to all undergraduate students. While the vote was nonbinding, it nonetheless represents the first time the student body of a university has voted to implement a mandatory fee to account for reparations.

These are only a few example of how private institution[s] have begun reckoning with their past records. I expect that a growing number of institutions will be forced to examine their histories of discrimination, if for no other reason than increasing public scrutiny will force their history to light.