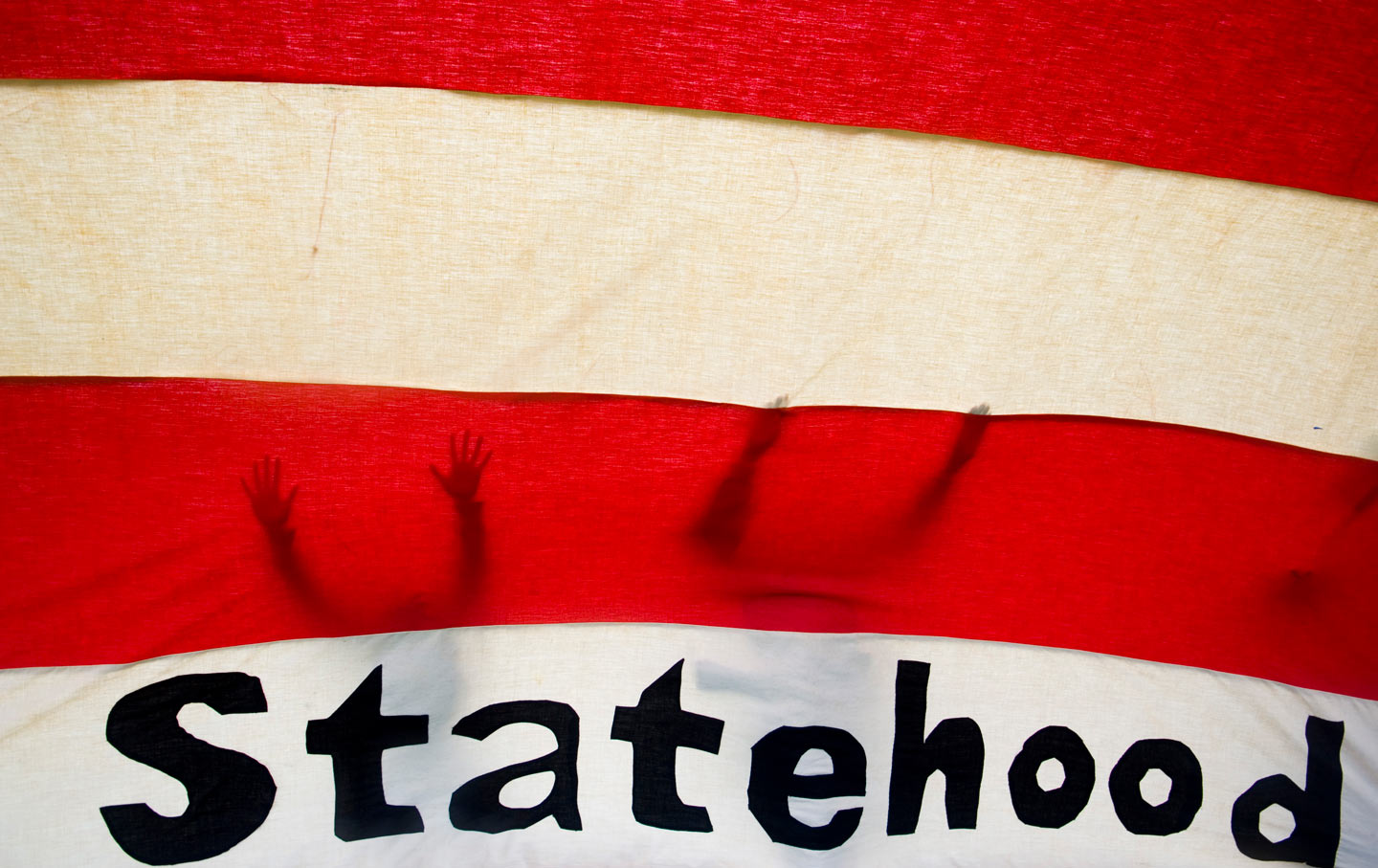 The House of Representatives voted April 22 for the Washington, D.C., Admission Act, the latest proposal to make the District of Columbia a state.

Making D.C. a state should not have been controversial. The District of Columbia is home to more than 700,000 people who are US citizens, who pay their taxes and, yet, lack full representation in the House and Senate. Statehood would provide them with that representation, and with the same control over their own affairs that the residents of 50 American states now enjoy. In addition to the “taxation without representation” issue, there are other considerations that argue in favor of statehood. “D.C. residents have fought in every American war, including the war that led to the creation of the nation, the Revolutionary War,” explains Representative Eleanor Holmes Norton, the Democrat who serves as Washington’s nonvoting delegate in the House. “The servicemembers from our nation’s capital have helped get voting rights for people throughout the world, but continue to come home without those same rights or even the same rights of those with whom they served.”

Yet, after all the arguments in favor of statehood had been made, the April 22 vote split precisely along partisan lines: winning support from 216 House Democrats, without a single Republican backer.

The 216-208 split in the House was sufficient to secure approval there. But Republican opposition could doom the bill in the Senate unless Democrats decide to play hardball.

The Senate version of the D.C. Admission Act, S.51, is sponsored by Delaware Senator Tom Carper and has 44 cosponsors—all Democrats, except Vermont Senator Bernie Sanders, an independent who caucuses with the Democrats.

The first step in advancing the legislation in the Senate is to get the other five members of the Democratic caucus on board as cosponsors. They are West Virginia’s Joe Manchin, Arizona’s Kyrsten Sinema, Arizona’s Mark Kelly, New Hampshire’s Jeanne Shaheen, and Maine’s Angus King, an independent who caucuses with the Democrats.

If Democrats are united and vote in support of S.51, that will put half the Senate on the side of democracy. Vice President Kamala Harris can then break the 50-50 tie and move the measure to President Joe Biden’s desk.

But that will only happen if there is a vote, and there will only be a vote if Republican objections are overcome. For that to happen, Senate Democrats have to scrap the filibuster—or, at the least, work around it on this issue.

That’s what House majority leader Steny Hoyer (D-Md.) thinks they must do.

“There are no provisions in the Constitution about a filibuster,” Hoyer says with regard to the effort to achieve D.C. statehood. “So, frankly, I think that filibuster rule ought to be eliminated in the United States so that democracy can prevail.”

D.C. statehood is a democracy issue.

It is, as well, a racial justice issue—as Washington is a multiracial, multiethnic city where the majority of residents are people of color.
“People have started to see D.C. statehood as the racial justice issue that it is,” says Ravi Perry, the head of Howard University’s political science department. “There’s been a major sea change, and a lot of that has been motivated by Trumpism.”

Democrats should not hesitate to call out Republicans—and reluctant members of their own party—who block a Senate vote on D.C. They should refer to opposition to D.C. statehood as what it is: a voter suppression tactic every bit as ugly as what’s been seen in Georgia and other states in recent months.

If Democrats are looking for the right words to make their point, they could borrow a few from Representative Mondaire Jones (D-N.Y.), who listened to House Republican arguments against statehood last week and said:

“I have had enough of my colleagues’ racist insinuations that somehow that people of Washington, D.C., are incapable or even unworthy of our democracy… One Senate Republican said that D.C. wouldn’t be a ‘well-rounded, working-class state.’ I had no idea there were so many syllables in the word ‘white.’ One of my House Republican colleagues said that D.C. shouldn’t be a state because the district doesn’t have a landfill. My goodness, with all the racist trash my colleagues have brought to this debate, I can see why they’re worried about having a place to put it.”

Here’s the full text of the legislation.

Here’s a backgrounder on why “D.C. Statehood Is the Answer to Trump’s Abuse of Washington.”

Here’s an interview I did with KPFA on the congressional fight over D.C. statehood.