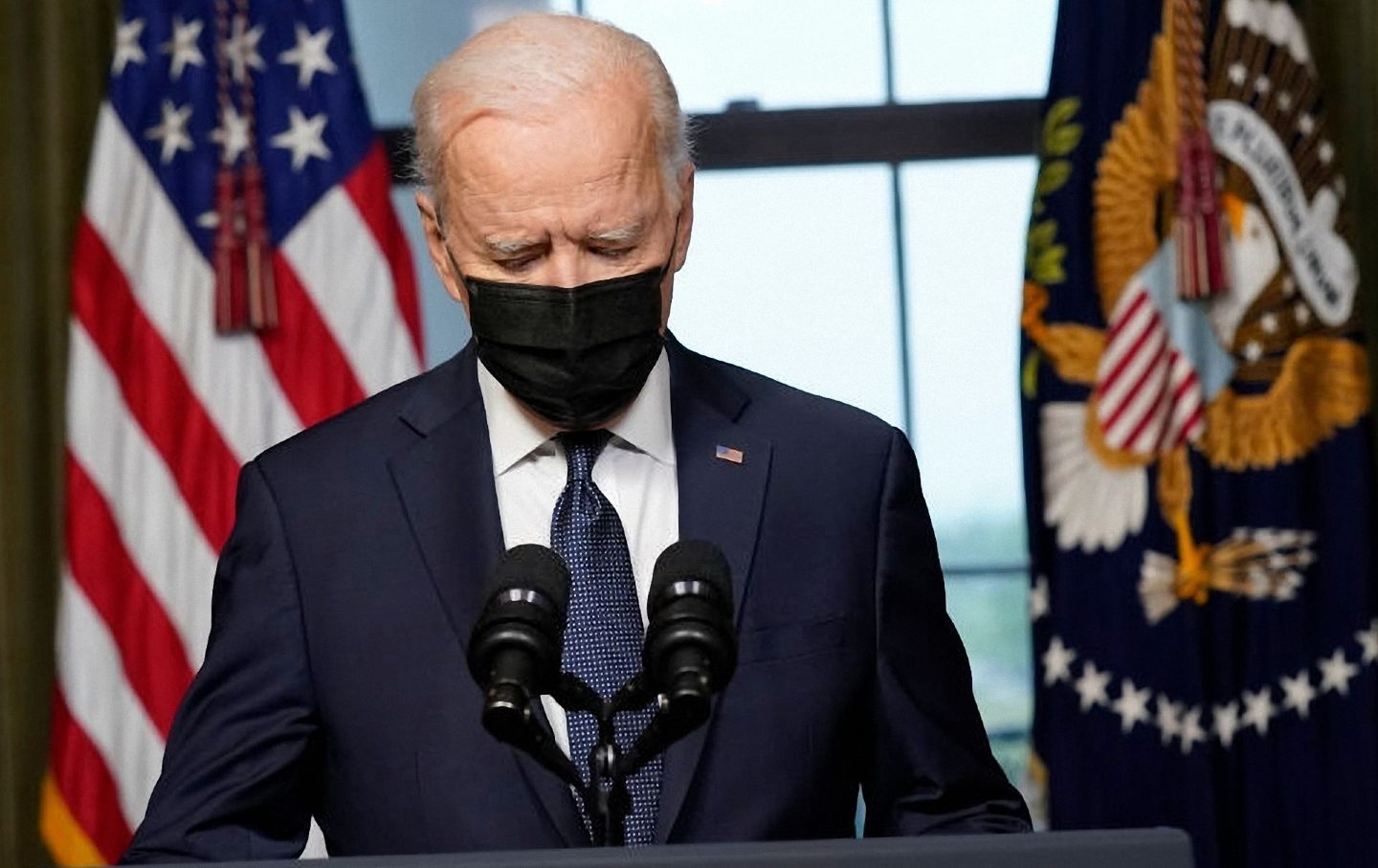 President Joe Biden speaks from the Treaty Room in the White House about the withdrawal of US troops from Afghanistan.

President Biden and Vice President Harris are scheduled to meet Thursday with six Republican senators—Shelley Moore Capito of West Virginia, John Barrasso of Wyoming, Roy Blunt of Missouri, Mike Crapo of Idaho, Pat Toomey of Pennsylvania, and Roger Wicker of Mississippi—for a discussion of the administration’s infrastructure proposal. The word is that the Biden administration is serious about cutting some kind of deal with the senior members of the opposition party to pass a version of the president’s America Jobs Plan.

This could turn out to be as irrelevant as the White House meeting in February with some of the same senators prior to the passage of the America Rescue Act—the administration’s Covid-19 relief package—on a party-line vote.

But progressives should keep a close eye on this meeting, and any negotiations that extend from it.

“The Biden White House this week will make its most concerted push yet to find a middle ground with Republicans on the president’s massive infrastructure proposal,” writes Politico, which reports, “the White House is cognizant that any bipartisan proposal would likely involve only so-called “hard” infrastructure, things like roads, bridges and tunnels.”

If Biden accepts such a compromise, the most dynamic aspects of his infrastructure plan could get lost in the process, just as former President Barack Obama’s best economic proposals were often discarded in negotiations with Republicans.

Of particular concern is the boldest component of the president’s agenda: a $400 billion commitment to fund the care infrastructure of a just and humane society.

When Biden proposed the initiative to provide caregivers for the elderly and people with disabilities—overwhelmingly women and people of color—with fair wages and respect on the job, Ai-jen Poo, the cofounder and executive director of the National Domestic Workers Alliance, said, “This plan is historic, transformative.”

She was right. But the only way that transformation will be achieved is if the Biden administration maintains its recognition that improving the circumstance of caregivers must be seen as critical infrastructure investment.

Republicans will push to trim the money for caregivers out of the American Jobs Plan, and there will be Democrats who suggest that breaking up the bill will allow for its component parts to be passed separately.

We’ve heard that promise before. It is rarely kept.

Biden proposed an infrastructure plan for the 21st century. He should not allow Republicans to roll things back to the 20th century—or the 19th.