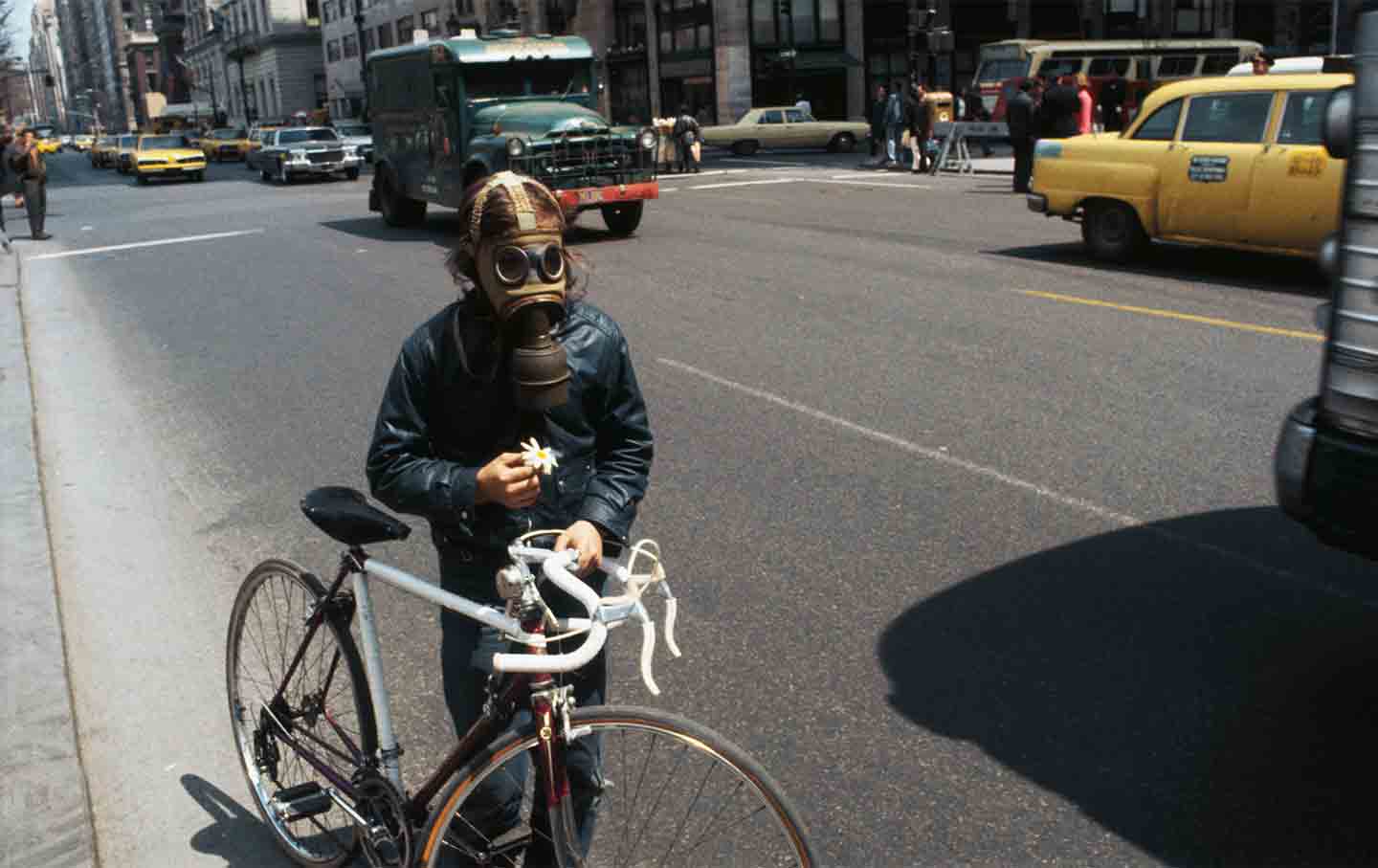 My primary purpose in organizing Earth Day was political.

This week marks the 50th anniversary of Earth Day, the national teach-in that transformed a broad but unfocused discourse about pollution into an urgent demand for government action to clean our air and our water, to protect our environment, and to recognize the threat posed by a reliance on carbon-based fuels were creating what would come to be understood as the climate crisis.

The teach-ins, the urgent demands, and the government interventions are still needed.

But so, too, is the leadership that was provided by the United State senator who was so integrally involved in imagining, organizing, and making real the promise of the first Earth Day in 1970 that he would—upon receiving the Presidential Medal of Freedom in 1995—be recognized as “the father of Earth Day, he is the grandfather of all that grew out of that event: the Environmental Protection Act, the Clean Air Act, the Clean Water Act, the Safe Drinking Water Act.”

That senator, Wisconsin’s Gaylord Nelson, was a bold progressive who recognized the need to make the health and welfare of human beings, in the United States and abroad, a priority over the profits of multinational corporations. Nelson was a fierce critic of the Vietnam War and bloated military budgets, who fretted that an all-powerful military-industrial complex was undermining democracy. He was a civil rights activist who believed that leaders needed to be pressured by marches and movements to address systemic racism. And he was a civil libertarian who worried about the packing of the courts with conservative judicial activists who would side with presidents who assaulted basic freedoms. Yet, for all his criticism of Republican and Democratic presidents, Nelson understood, as a former governor and a longtime legislator, that government could be forced to respond to a popular outcry for action.

So he worked to generate the activism that would amplify and sustain that outcry on behalf of the planet.

In the late 1960s, Nelson was frustrated by the failure of Congress and by Richard Nixon’s White House to address environmental issues. So Nelson and his allies used Earth Day to generate a new politics that would address the pollution of the air and water by corporations that cared more about their bottom lines than the health of families that lived near their facilities.

The senator sought nothing less than “a nationwide demonstration of concern for the environment so large that it would shake the political establishment out of its lethargy and, finally, force this issue permanently onto the national political agenda.”

Nelson was a sly strategist. With deep family roots in the Wisconsin progressive movement of Robert M. La Follette, John Blaine, and their comrades, he knew how to build movements. The first Earth Day was, according to American Heritage magazine, “one of the most remarkable happenings in the history of democracy.”

Within months of Earth Day, the Congress was moving to enact a Clean Air Act and then a Clean Water Act. The Environmental Protection Agency was called into being. And Nixon, a reactionary Republican, went along with it all.

The first Earth Day proved to be everything Nelson hoped it would be. Years later he recalled:

It was truly an astonishing grassroots explosion. For the first time people were given the opportunity to demonstrate their deep concern about what was happening in their own communities and across the nation—polluted air, rivers, lakes and oceans; health threatening hazardous wastes; urban blight; pesticide and herbicide poisoning of people, plants, birds and animals; the destruction of scenic beauty and wildlife habitats. All of this swirling around them and the politicians didn’t seem to know, understand or care. But the people cared and Earth Day became the first opportunity they ever had to join in a nationwide demonstration to send a big message to the politicians—a message to tell them to wake up and do something.

But Nelson, whom I came to know in the years after he left the Senate, always understood that there would need to be more Earth Days. He urged young people to “make Earth Day a lifelong pursuit,” and it was certainly that for him.

Nelson participated in Earth Day events until his death in 2005, a quarter-century after he finished his Senate career. He refused to be nostalgic about the successes of the past, choosing, instead, to focus on the necessary work of the future. One of his last public statements was a condemnation of then-President George W. Bush, whose 2004 reelection campaign Nelson opposed with an argument that the Republican had “failed to lead, and actually sabotaged progress on crucial environmental problems.” A second Bush term, Nelson warned, “could upset 40 years of progress toward cleaner air, cleaner water, resource protection and a new environmental ethic.”

That new environmental ethic necessarily included a response to the climate crisis, which Nelson recognized long before other political leaders. I have no doubt that he would have relished the activism of the Sunrise Movement and the champions of the Green New Deal. Undoubtedly, he would have urged them to push harder, to dream bigger, and to keep making the point that the environmental movement must be about economic and social and racial justice. The father of Earth Day never wavered in his faith that America and the world yearned for “dramatic leadership” on behalf of the planet. As the Cold War wound down, Nelson argued for “a world wide reduction of at least 50 percent in military expenditures during the next half dozen years and another 50 percent in the following decade with half the annual savings allocated to husbanding the ecosystem of the planet.”

Too radical? No, insisted Nelson. “This is not idealism run amok; It is, plainly and simply, hard-nosed realism,” he wrote in 1990, making the case that it was far more extreme to accept “a world parade that squanders almost a trillion dollars every year on weapon systems that put us all in greater jeopardy while we continue to degrade and dissipate the resource base that sustains us.”