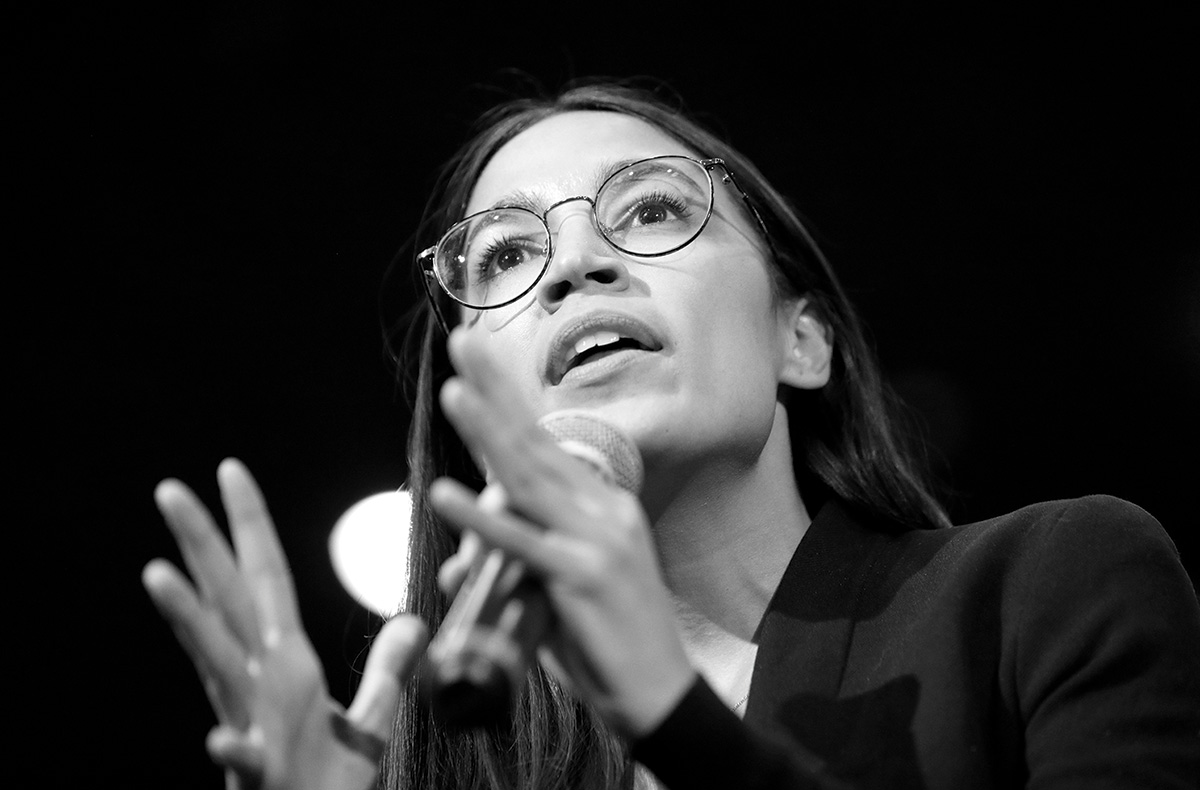 Choose a side: Alexandria Ocasio-Cortez says Democrats must be “first and foremost accountable to working-class people again and to marginalized people.”

There is a long history of Democratic officials joining picket lines when it is convenient for them. There’s a shorter history of them showing up for striking workers when it is urgently necessary for workers who are forced to strike for justice.

AOC has, since her election in 2018, been an outspoken advocate for worker rights. She’s made it clear that she understands the duty of elected officials to stand with workers—especially when they are striking in winter, and especially when intractable managers and biased authorities. So on Wednesday evening, when the nation’s political and media elites were focusing their attention on the celebrations of Joe Biden’s inauguration, AOC was rallying with striking workers in the Bronx.

The New York Democrat joined some of the 1,400 striking members of Teamsters Local 202, who walked off their jobs at the Hunts Point Produce Market as part of a contract dispute with the facility that is part of the world’s largest food terminal. These essential workers are seeking a $1-an-hour wage hike and improved health care coverage. That’s a fair demand for residents of an expensive city who earn between $18 and $21 an hour. And AOC amplified it—bullhorn in hand—on Wednesday evening.

“When you’re standing on this line, you’re not just asking for $1, you are asking for transformational change for your lives, over the lives of every food worker across this country, for kids or food workers across the country,” said Ocasio-Cortez, as she addressed the workers. Speaking of what’s “upside down right now in our economy,” the Democratic representative said something was wrong with “the fact that a person who is helping get the food to your table cannot feed their own kid. That’s upside ﻿down.”

AOC had some nice things to say about President Biden and the inauguration celebration. “The festivities were phenomenal,” she told Chris Cuomo on CNN.

But when the call came to show solidarity on Wednesday, the congresswoman joined New York Public Advocate Jumaane Williams, state Representative Amanda Septimo, a Bronx Democrat, and members of Democratic Socialists of America on the frigid picket line. “They sounded the alarm. They needed some help,” said Ocasio-Cortez, who showed up with Café Bustelo coffee, hot chocolate, and hand warmers for the strikers.

AOC also turned her social media platforms to the cause. “It’s embarrassing that a corporation enjoying pandemic profits, millions in PPP & more in tax giveaways is fighting a $1 raise for essential workers who‘ve risked their lives all year to feed us,” she declared on Twitter. “It’s time we stand up for essential workers everywhere.”

On the picket line, Ocasio-Cortez stood in solidarity with the Hunts Point workers, and with essential workers everywhere. As AMNY reported, “One worker brandished his cell phone, which depicted a photograph of a baby and yelled: ‘This is why I do what I do! This is why I am out here!’” AOC responded, “You are not just standing up for your baby. You are standing up for babies all across this country. There are food workers in every pocket of the United States who deserve more than a dollar!”