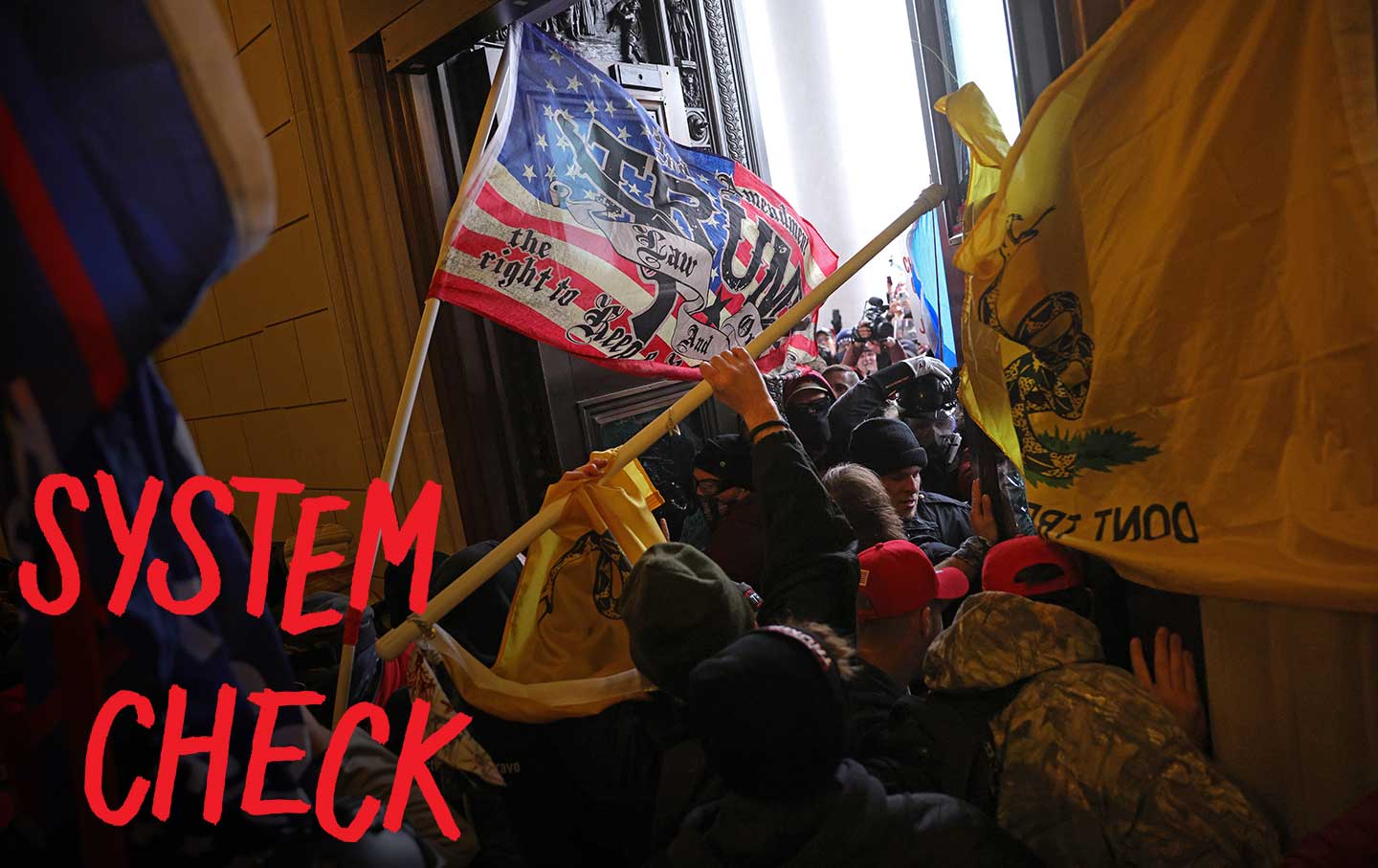 Georgia made history this week: The state elected a Black Senator on Tuesday for the first time ever. The Rev. Raphael Warnock, a Morehouse graduate who serves as senior pastor of the storied Ebenezer Baptist Church once pastored by Dr. Martin Luther King Jr., will be representing Georgia in the Senate as soon as the results are certified. Along with the win of his fellow Georgian Jon Ossoff, the Senate will effectively be in Democratic hands, as will the House and the presidency.

Sadly, a different kind of history was also made this week, when an angry, violent, mob of mostly white Trump supporters broke into the Capitol on Wednesday, smashing windows, destroying private offices and violating public spaces. With encouragement from the man occupying the highest office in the land, the mob forced our elected representatives to flee the House and Senate floors as they were undertaking the constitutionally mandated certification of the 2020 presidential election. The people who perpetrated this attack against our democracy were fueled by misinformation, much of it coming from the president himself: That dead people had voted, that voting machines had somehow switched votes, that the election was rigged and widespread fraud had handed Biden the presidency. But they were also acting on another kind of misinformation, another kind of lie—a lie that erases the genius and the contributions of Black people, a lie that ignores the fact that it was Black hands that made America what it is, that unpaid Black labor built the very buildings that serve as the seat of our democracy. They were fueled by the lie that is white supremacy.

If we are to move beyond the gridlock that has been our political fate for years, we need to face up to this lie embedded deep within our entire public life. On this week’s show, your hosts Melissa Harris-Perry and Dorian Warren undertake a system check of the very foundation of our politics.

Our guest and guide this week is Hasan Kwame Jeffries, associate professor of history at Ohio State University where he teaches courses on the civil rights and Black Power movements. He reminds us that the violence we saw at the Capitol this week is not an anomaly—in fact, political violence is what birthed this nation. The American Revolution, the Civil War, the brutal suppression of Reconstruction and the stiff resistance to the civil rights movement, political violence has long been used to perpetuate white supremacy in this country. And too often, Black agency and emancipation has been bartered away to avoid further political violence. But Jeffries points us toward a way to hold people—whether they’re the people who stormed the Capitol or the politicians who egged them on—accountable for their political violence, and a way to recognizing and honoring the full contributions that Black Americans have made to our republic.

Our final word this week goes to Blair Kelley, associate professor of History at North Carolina State University. System Check listeners will remember Kelley from episode 2, in which she gave us a deeply personal perspective on voter suppression—this week, she reminds us of all the working-class Black folks who have asserted their right to participate in a political system that more often than not thwarted and devalued their input. It is our task to honor their legacy.

As always, we welcome your additions to our Checklist! Use our Twitter and Facebook pages to add your comments, suggested actions, and organizations to support. And if you like the show, subscribe on Apple Podcasts, Spotify, or wherever you get your podcasts for new episodes every Friday.

System Check is a project of The Nation magazine hosted by Melissa Harris-Perry and Dorian Warren and produced by Sophia Steinert-Evoy. Support for System Check comes from Omidyar Network, a social change venture that is reimagining how capitalism should work. Learn more about their efforts to recenter our economy around individuals, community, and societal well-being at Omidyar.com. Our executive producer is Frank Reynolds. Our theme music is by Brooklyn-based artist and producer Jachary.

Subscribe to The Nation to support all of our podcasts: thenation.com/systemchecksubs.