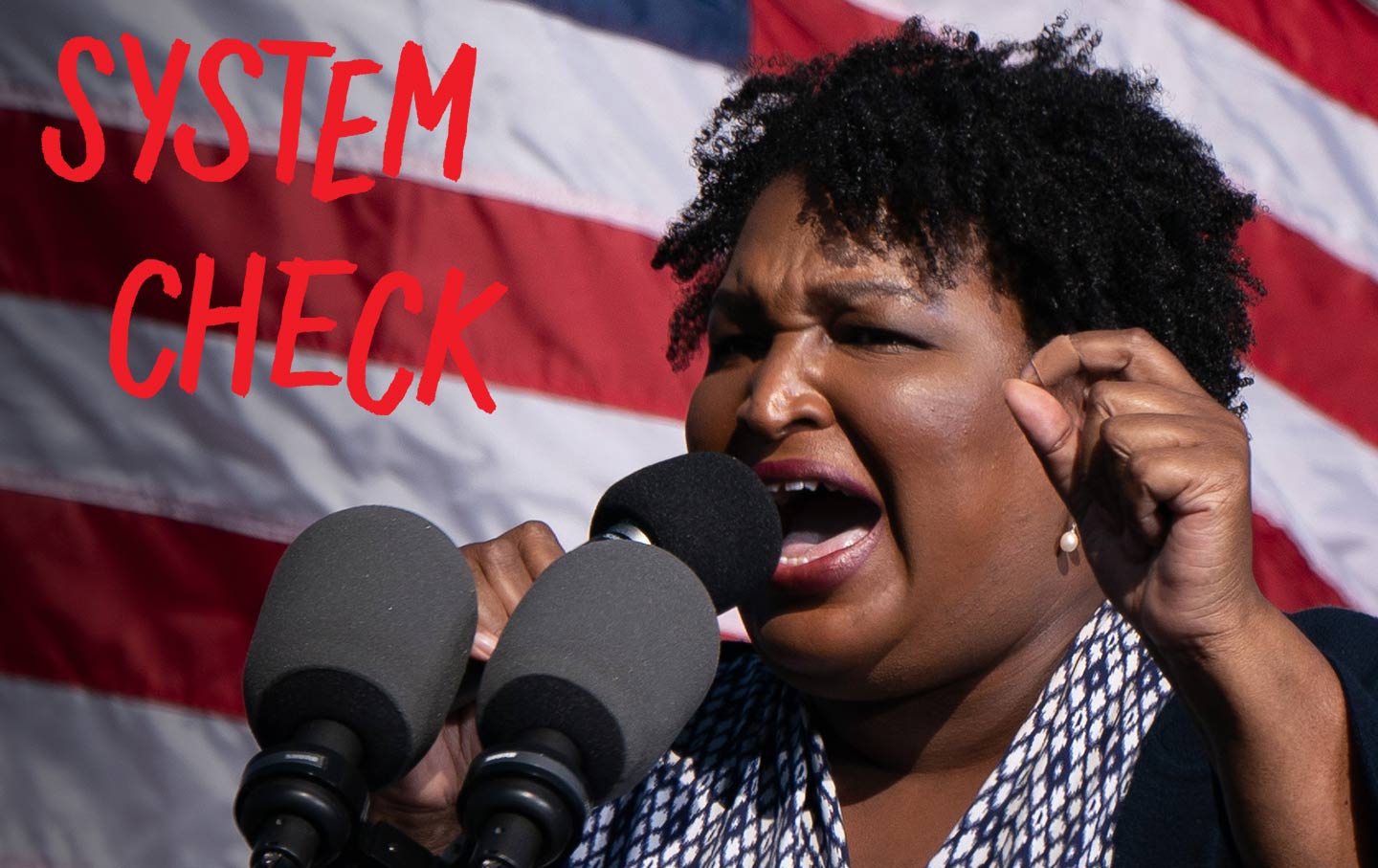 Stacey Abrams speaks at a Get Out the Vote rally in Atlanta, Ga., November 2. (Elijah Nouvelage / AFP via Getty Images)

When Stacey Abrams won the Democratic primary in Georgia’s gubernatorial election two years ago, System Check hosts Melissa Harris-Perry and Dorian Warren wrote an article for Time Magazine, saying, “If Abrams can win the general election and become the first black woman governor in U.S. history, in a Southern state that sits in the heart of the old Confederacy, it will be a powerful symbol of the capacity of black women to be the face—and not just the backbone or helpmate—of American politics.”

It turns out, Abrams did not have to win the governor’s mansion to bring about this change. She has been able to revolutionize the Democratic Party and the state of Georgia even without the electoral victory.

But in the end, it was Stacey Abrams, and the deep grassroots organizing that she has been building for nearly a decade, that made the crucial difference in 2020. Georgia went blue for the first time in more than 25 years, and now holds the balance of national power in its hands as both Georgia Senate races head to runoff elections on January 5, 2021.

How did Abrams—and the countless activists, organizers, door-knockers and phone-callers her work has touched—bring about this monumental realignment in American politics? On this week’s episode of System Check, your hosts Melissa Harris-Perry and Dorian Warren dig into the dual realities of Georgia’s history, highlighting both the enduring marks of white supremacy and the resilient movements for racial justice woven into the state’s fabric.

Georgia is the epicenter of the New South, and the racial makeup is no longer confined to the Black/white paradigm. Genny Castillo, regional engagement director, Southern Economic Advancement Project, and Aisha Yaqoob Mahmood, director of the Asian American Advocacy Fund of Georgia, tell Melissa and Dorian what the state’s changing demographics mean for the future of politics in Georgia, and across the country. Tune in to find out why Genny wants you read pages 63 to 65 in Stacey Abrams’s first book, Lead from the Outside, and why Aisha’s dad invited Stacey Abrams to his daughter’s wedding.

This week’s final word goes to Renee Montgomery: A star of the WNBA’s Atlanta Dream, Montgomery stunned sports fans this summer when she announced she would sit out the 2020 season to concentrate her energies on the voter mobilization efforts in Georgia. And she isn’t done yet: after all the runoff elections are still eight weeks away.

Transforming analysis into action, our hosts give listeners three action items this week.

System Check is a project of The Nation magazine, hosted by Melissa Harris-Perry and Dorian Warren and produced by Sophia Steinert-Evoy. Support for System Check comes from Omidyar Network, a social change venture that is reimagining how capitalism should work. Learn more about their efforts to recenter our economy around individuals, community, and societal well-being at Omidyar.com. Our executive producer is Frank Reynolds. DD Guttenplan is Editor of The Nation, Erin O’Mara is President of The Nation. Our theme music is by Brooklyn-based artist and producer Jachary.