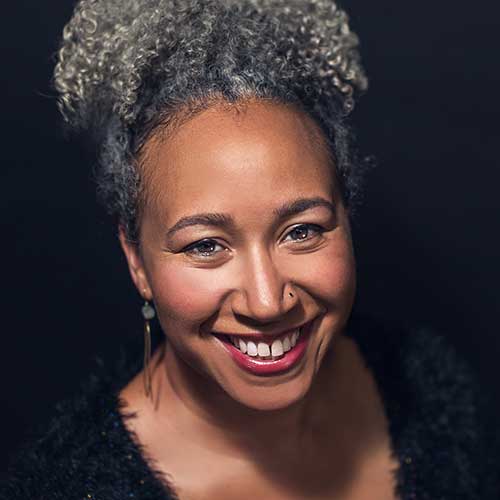 Mia Birdsong is the host of More Than Enough, a Nation podcast that uses the concept of universal basic income to start a conversation about dignity, deservedness, and the country America can and should be.

A writer, speaker, activist, and storyteller, Birdsong engages the leadership and wisdom of people experiencing injustice to chart new visions of American life. ​In How We Show Up, her upcoming book about how we make family and community, Mia charts swaths of community life and points us toward the promise of our collective vitality. In her work on guaranteed income as Senior Fellow of the Economic Security Project, she taps into the voices and visions of low-income people to re-imagine the American social contract. As Co-Director of Channel Black, she is changing the story and the storyteller when it comes to the lives of people who are marginalized.

Previously, as founding Co-Director of Family Story, Mia lifted up a new national story about what makes a good family. As Vice President of the Family Independence Initiative, she leveraged the power of data and stories to illuminate and accelerate the initiative low-income families take to improve their lives.​

Mia was an inaugural Ascend Fellow and a New American California Fellow. She lives in Oakland, CA.