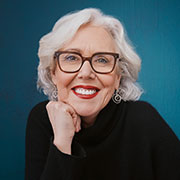 Joan Walsh is a national affairs correspondent for The Nation, a co-producer of The Sit In: Harry Belafonte Hosts The Tonight Show, and the author of What’s the Matter With White People? Finding Our Way in the Next America. Salon’s first news editor, Walsh served as editor in chief for six years. She is a frequent guest on MSNBC and CNN, and has contributed to publications ranging from Vogue to the New York Times, the Washington Post, the Los Angeles Times, and the San Francisco Chronicle.