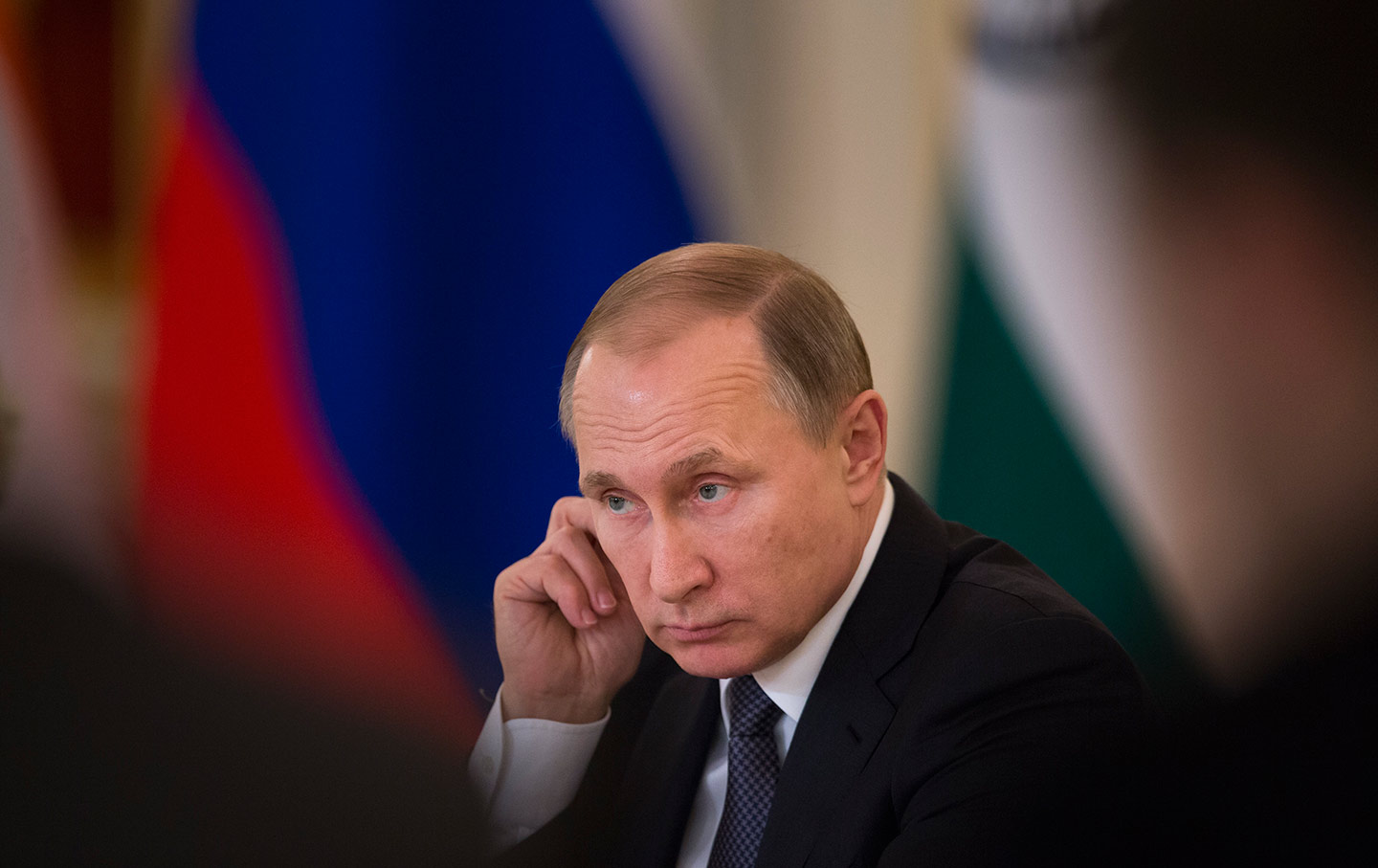 As with its 40-year predecessor, the new US-Russian Cold War has characteristic features, including sharply conflicting historical memories. Some of them are absurdly inaccurate and politically dangerous. Consider a recent ramifying example.

On January 23, Russian President Vladimir Putin was in Israel to commemorate Holocaust Remembrance Day and the 75th anniversary of the liberation of Auschwitz by the Soviet (mostly Russian) army. Representatives of many other countries also attended the solemn events, including US Vice President Mike Pence, but according to the Times of Israel, Putin was “the most formidable and dominant presence.” The reason, widely acknowledged in Israel though scarcely in the United States today, is that the Soviet army, more than any other, saved the surviving Jews of Europe as it defeated Nazi Germany in route from Stalingrad to Berlin.

Ukrainians, most of them then Soviet citizens, played a large role in those historical events, both as Holocaust victims and as soldiers in the Soviet army. Nonetheless, at about the same time as the ceremonies in Israel were underway, the inveterate bipartisan anti-Russian lobby in Washington—notably at this moment Democratic Representative Adam Schiff and a predictable slew of other lawmakers and impeachment witnesses—were declaring Ukraine today’s front line against Russia’s “new aggression.” Among other things, this was not the peace with Russia promised, and indeed sought since his election, by Ukraine’s new president Volodymyr Zelensky.

At the very moment when peace between Ukraine and Russia is within reach, and with it the possibility of saving many lives, warmongering—an ugly but appropriate word—intensifies in Washington. On December 4, for example, in a formulation rarely heard since the early 1950s, a pro-impeachment witness, not known for any Russia, Ukraine, or related expertise, told Congress that the United States must make “sure that the Ukraine remains strong and on the front lines so they fight the Russians there and we don’t have to fight them here.” By January 22, this had become a warfare mantra in Congress, with Democratic Representative Jason Crow, an impeachment manager, also assuring members that America must “fight Russia over there so we don’t have to fight Russia here.” Whatever the merits of the impeachment process, its legacy, as I have warned from the outset, is likely to be an ever-worsening new Cold War and thus conceivably something even more dire.

Yet these fateful issues cannot be candidly discussed in Washington because they are widely regarded, as NBC’s Chuck Todd mindlessly characterized them, as “Russian talking points” and “disinformation.” By implication, and sometimes in direct accusations, anyone who does raise them is a “Kremlin apologist.”

Such continues to be the state of American discourse about this new and more perilous Cold War. Will any of the current Democratic presidential candidates change the discourse­­—or be permitted to do so by “moderators” of their debates? Or must we rely almost entirely on President Trump’s continuing, and substantially thwarted, effort to implement his campaign promise to “cooperate with Russia”?

Looking ahead, Putin has invited Trump to join him on Red Square on May 9, Russia’s “Victory Day,” a sacred commemoration of immense importance to the Kremlin and for most of Russia’s people. Certainly, President Trump should accept, if only to honor the estimated 27 million Soviet citizens who died in World War II. But here, too, will Washington politics and media discourage him from doing so?