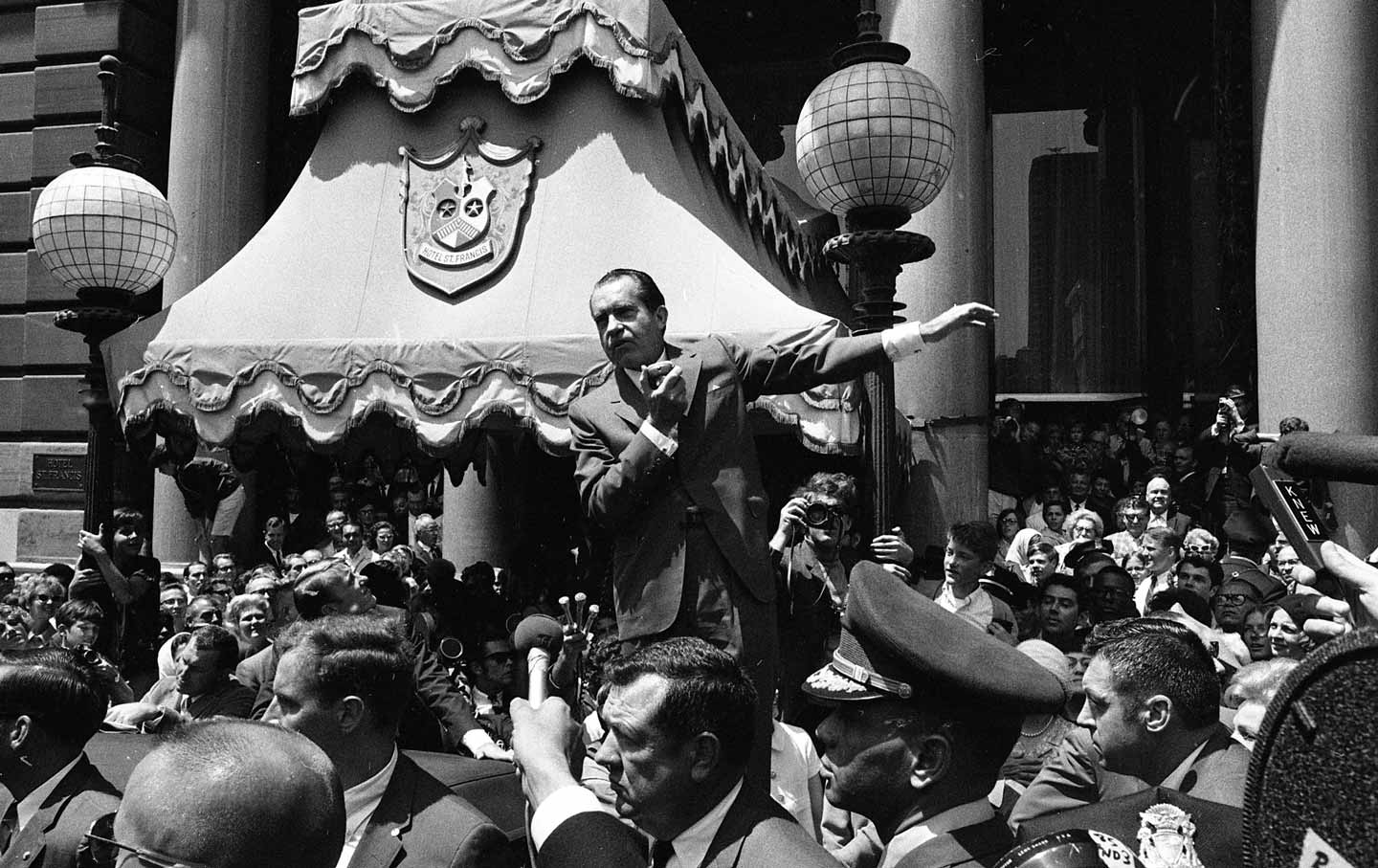 The University of California has proposed shocking changes to its policing policies. These changes are directly contrary to national trends toward de-escalation, greater accountability, and alternatives to armed response. The new, costly policies not only expand the coercive power and discretionary authority of the UC Police Department but also continue to inflate its bloated budget.

As mass resistance to police brutality has increased and divestment from policing has become a viable policy option over the last decade, the UC system’s total base expenditures for the UCPD have soared. In 2009–10, the UC spent $75.3 million on the UCPD. By 2019–20, the UCPD budget had nearly doubled to $148.5 million. This increase in UCPD funding has occurred alongside the chronic underfunding of UC Riverside and UC Merced, 50 percent food insecurity among students, insufficient funding for mental health services, pay that does not meet cost of living for teaching assistants or adjunct faculty, and severe budget cuts (despite a surprise surplus in state revenue).

The UC Santa Cruz administration’s response to last year’s wildcat strike among its teaching assistants is a perfect illustration of these shocking priorities. To police the strike UCSC administration called in not only the UCSC police department but UC police from other campuses too: the Santa Cruz PD, the California National Guard, and the California Office of Emergency Services. Administrators admitted that this display of force cost $300,000 per day, totaling $5 million over the course of the strike.

The 2021 proposed changes to UC policing policy aim to institutionalize this outsize response through the creation of a Systemwide Response Team (SRT). The proposal describes SRT as a military-style entity “deployed in team/squad formations,” equipped with “helmet with face shield and 36-inch baton, gas mask with extra filter and mask carrier, soft riot armor, flex cuffs with officer’s badge number on the cuffs, peltor headset, kinetic energy projectiles, chemical agents.” This troubling list includes devices that have killed protesters, projectiles that have blown out eyeballs and mutilated bodies, and chemical agents that have suffocated asthmatics and triggered respiratory distress and cardiac incidents. 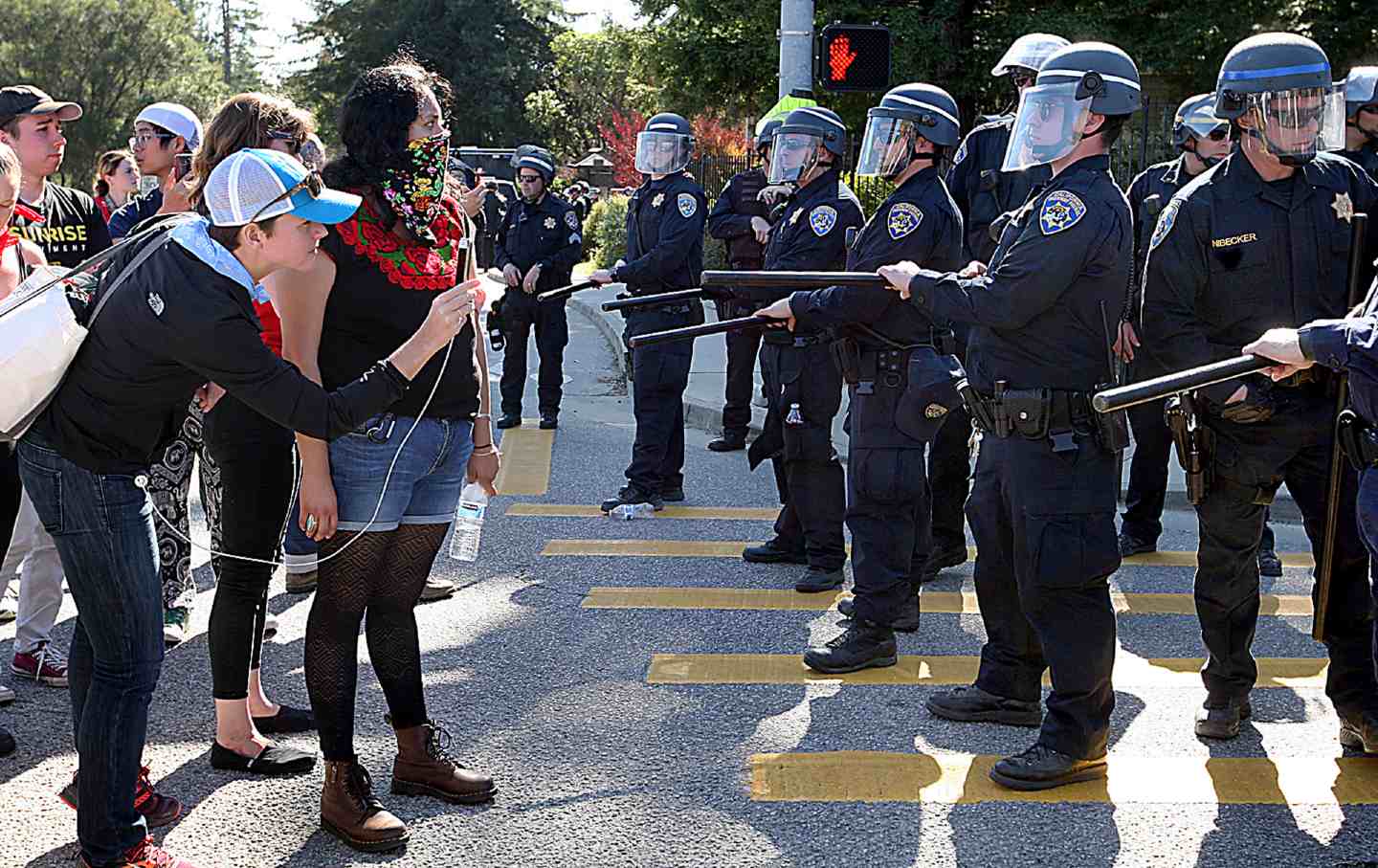 The University of California Strike Enters Its 4th Month

The SRT is only one of four proposed revisions. The other three revise use-of=force guidelines, permit the use of concealed guns by retired police officers, and institute many discretionary opt-outs from the use of body-worn video cameras. Together, these policy changes continue to erode the UC’s potential as a place for the common good. If implemented, the policies risk increasing student experiences of racial profiling and the possibility that the exercise of free speech via protest will be met with violence, creating a dangerous environment for Black, Indigenous, and brown communities within and around UC campuses.

The UC is no stranger to violent policing. At UC Davis in 2011, police officers casually pepper-sprayed students seated in protest. In 2012, the UCPD fired rubber bullets into a crowd at UC Riverside. Other examples across the UCs abound.

The license for the rise of the law-and-order campus can be seen in The Report of the President’s Commission on Campus Unrest. The commission, convened by President Richard Nixon after protesters at Kent State and Jackson State were killed in May 1970, argued that university police needed more effective responses to “campus disorder.” “Disorder,” of course, meant anti-imperial protests by campus-based coalitions demanding the end to the Vietnam War, segregation, tuition hikes, and university-supported research entangled with law enforcement and the Department of Defense. The report set in motion the expansion of police forces on university campuses across the United States. Today, half of the $134 billion allocated to the US Federal Research Budget is distributed to universities to fund combat training for campus police, ROTC programs, security programs, and military weapons. Alliances between the university and the national security state justify the continued growth of campus policing as part of the military-industrial-academic-complex.

Just as student protests in the past made connections between wars abroad and state violence at home, today’s campus protests are connecting US militarism and police violence to fiscal austerity, food insecurity, the growing housing crisis, the adjunctification of teaching labor, ecological injustice, and violence against communities of color. More than ever, the University of California should defund the police and fund anti-carceral alternative responses in their place. As public concern grows over the violence of policing in the United States, it is imperative that higher education exemplify what nonviolent social and institutional life looks like, rather than funding escalation and repression.