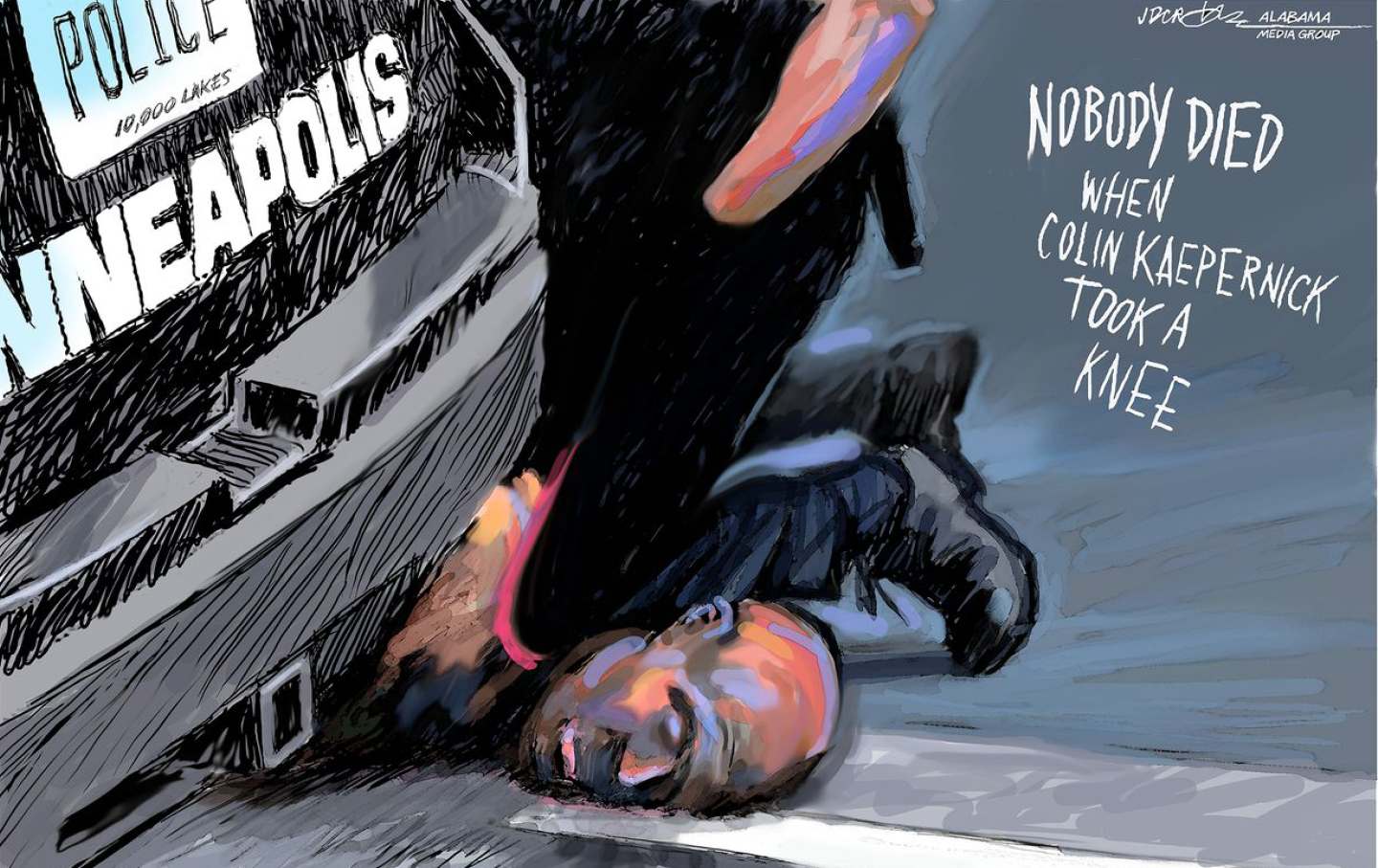 I still remember being held on the ground by police officers in Tallahassee, Fla., and having my breathing impaired.

All stemming from a Caucasian woman officer who was scared when I asked a question. (A scuffle had broken out inside an Applebee’s restaurant. I was in the parking lot with hundreds of people who were celebrating a holiday weekend. A female officer had approached the car I was in, as my fraternity brother had just left the restaurant. The female officer drew her weapon on the car and asked us both to exit. We did. When I gave her my ID and she ran my name, it turned out there was an erroneous warrant in the system. I knew about the error and was in the process of correcting it. But these things take time.)

When the female officer grabbed my wrist without forewarning, I asked her “Why?” She mentioned the erroneous warrant. Some nearby male officers immediately pounced.

Next thing I know, my right elbow was being driven up my back—by a large white male officer, overreacting to her fear. And then several other officers joined in. 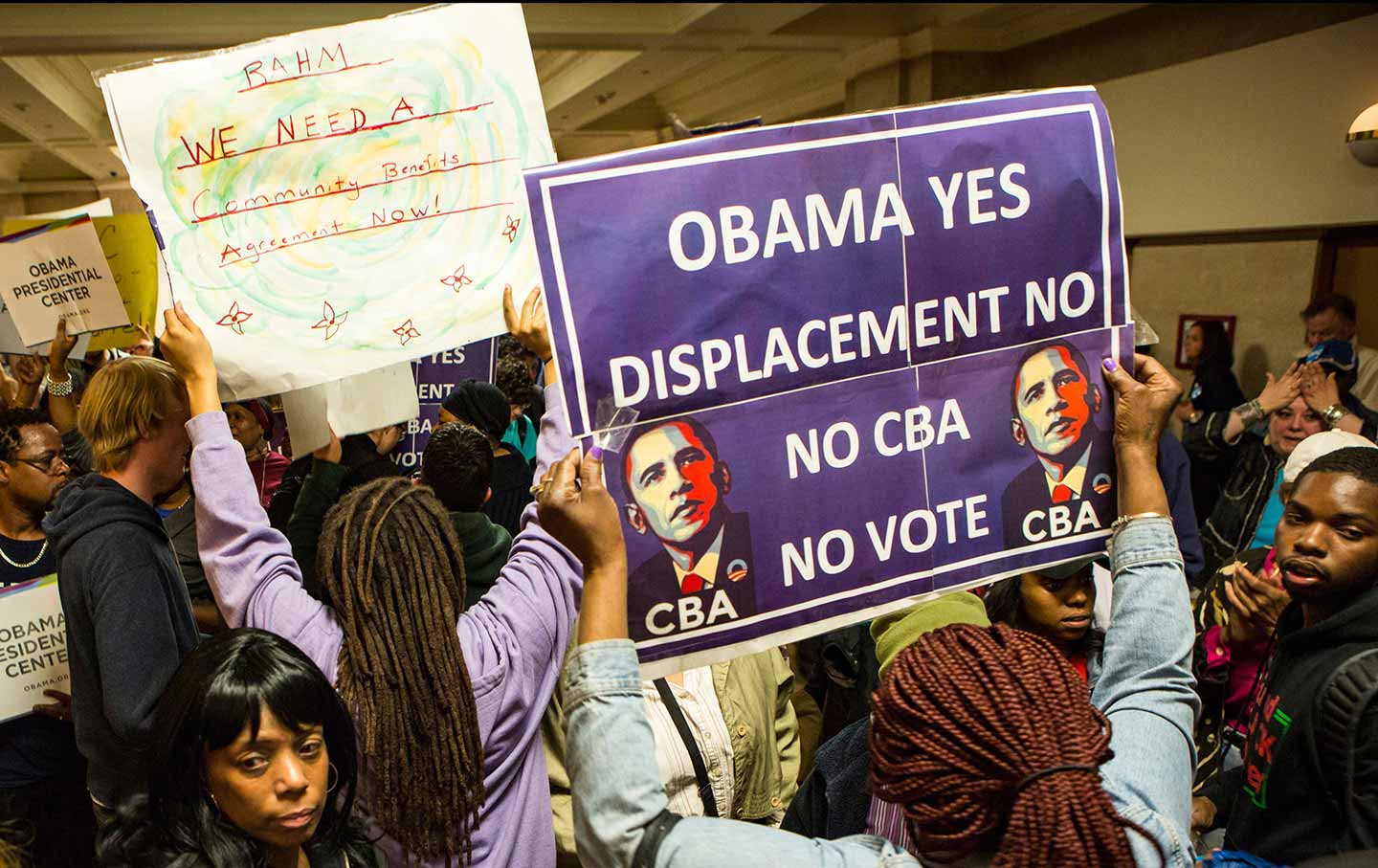 The Obama Center Leaves Chicago Communities in Its Shadow

The maneuver was designed to get me to go to the ground expediently with little regard for anything else. I remember wondering how not to let someone drive your head into the concrete (with force) when you have no way to brace for it.

I remember stepping on the base of the open driver’s-side car door. To relieve the pressure from my shoulder. As the ball joint in my shoulder was beginning to slip out from the pressure on my wrist, which was near the back of my neck. While attempting to make sure my body was contorting away from the aggressive officers.

If I gave in to the demands of the officers, my head would have smashed into the concrete, with the added weight of now five white male officers.

If they had succeeded in their aggressive takedown, my skull might have easily cracked. Once on the ground, I couldn’t breathe. “I can’t breathe!” I repeated it several times. People watching repeated what I said. I remember a girl’s desperate voice exclaiming, “You heard! He said he can’t breath!”

The white female officer who initiated the event replied, “If he can talk, he can breathe.” I mentioned this same episode in the aftermath of Eric Garner’s death a few years ago.

Now I see the images of George Floyd, in handcuffs, choking to death as a police officer kneels on his neck, and I have to reengage the suppressed feeling of being helpless. Face on the concrete and hearing the world fade, when your chest can’t expand on that same concrete that would have cracked your skull.

An African American fraternity brother on the Tallahassee Police Department watched the entire episode and didn’t do anything. He just looked on in silence.

A week earlier, I’d been giving a lecture at the State Police Training Academy in Jacksonville, on “Effective Community Policing Strategy.” To new cadets. Who’d been required to read my book, Our America: Life and Death on the South Side of Chicago, to enhance their training. I’d mentioned the erroneous warrant during my lecture and everyone laughed at the irony. As did I.

During my visit I actually was escorted by the training officer around the academy and observed the very move: the wrist break and elbow up the spine. Demonstrated by cadets on the wrestling mat in a controlled environment.

At that time, I already knew the man who would become the first African American president on a personal level; I eventually ran for the same United States Senate seat he held. I also had the home phone number of the African American Tallahassee police chief, who was from Chicago.

I told the Caucasian women officer, “I could have died on the ground.” With her eyes shaded behind police officer sunglasses on her insouciant face. With not an ounce of empathy in her demeanor or voice. “You were talking, so you could breathe.”