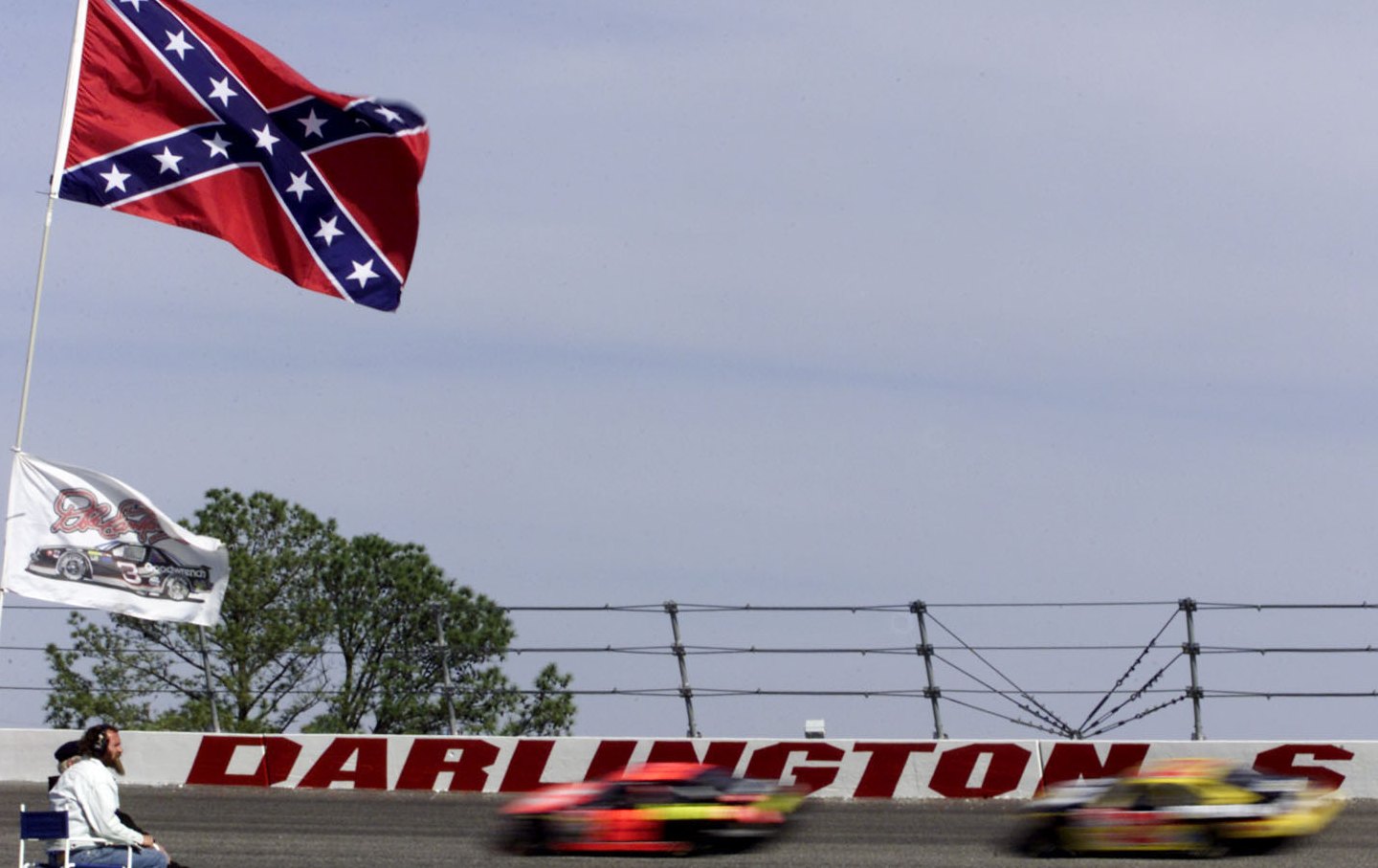 Hell froze over this week when NASCAR announced its decision to officially ban Confederate flags from its racing venues. In a statement as astonishing and unexpected as anything we’ve seen in sports since maybe 1947, the racing league said,

The presence of the confederate flag at NASCAR events runs contrary to our commitment to providing a welcoming and inclusive environment for all fans, our competitors and our industry. Bringing people together around a love for racing and the community that it creates is what makes our fans and sport special. The display of the confederate flag will be prohibited from all NASCAR events and properties.

Make no mistake about it: This about-face against decades of history in what has been a citadel of white supremacy happened because Bubba Wallace, the only full-time black driver in NASCAR, challenged the organization to make the flag a relic of its history instead of a defining logo.

“I haven’t really slept much thinking about this race—everything that’s going into it and everything going on in the world. Trying to race to change the world here,” said Wallace, just before a race in Virginia for which he painted his car black, with the words Black Lives Matter on each side. “It’s not that we’re saying no other lives matter,” said Wallace. “We’re trying to say that black lives matter, too.”

Wallace hasn’t been alone. A video was released with stars like Dale Earnhardt Jr., Kyle Busch, and Jimmie Johnson speaking of the need for anti-racism, with Earnhardt tweeting it out with the statement, “I will listen and learn #BlackLivesMatter.” 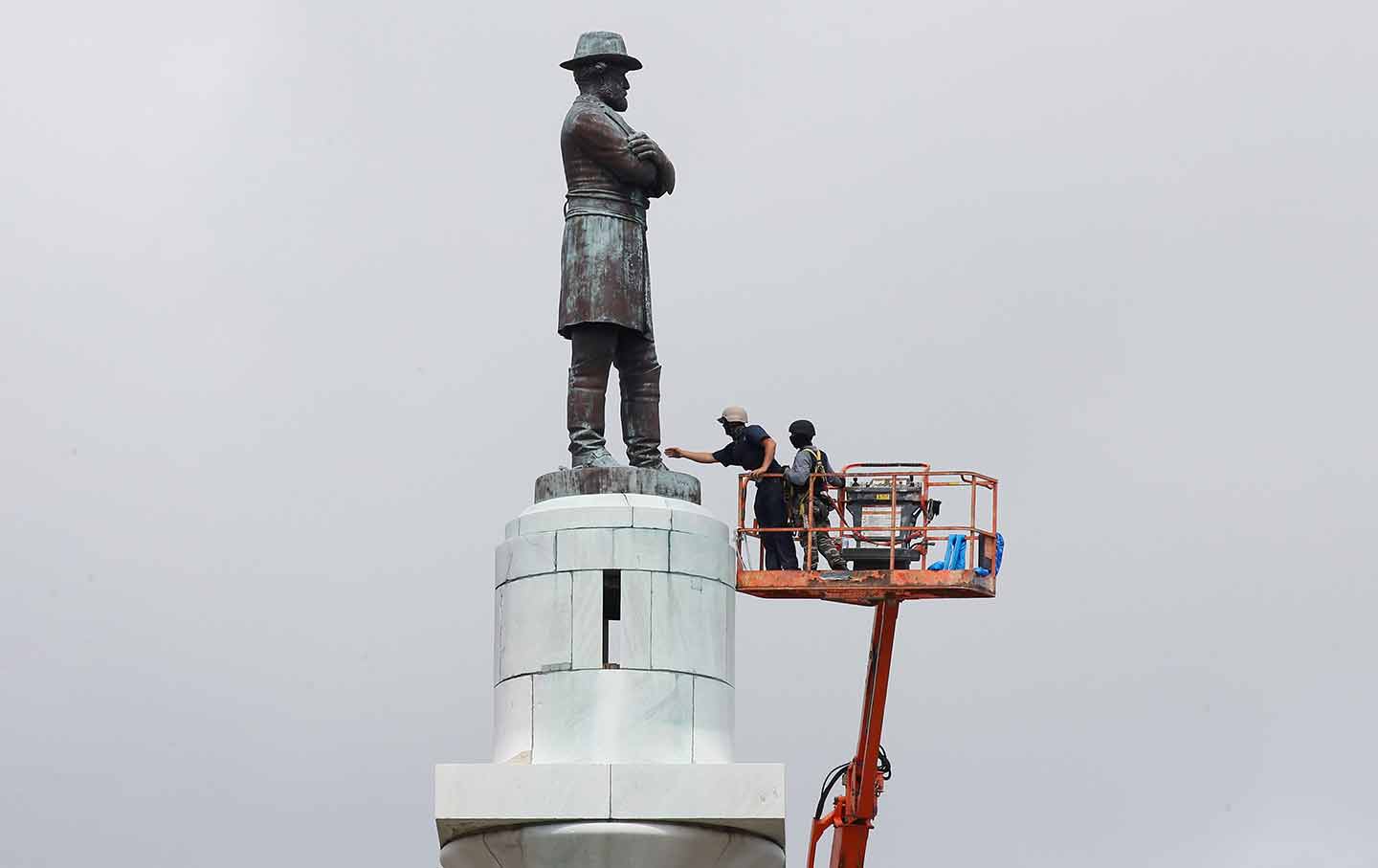 To call this a sea change in NASCAR is a profound understatement. The Confederate flag is to NASCAR as soccer is to Brazil or pizza to New York City: a seemingly inextricable part of its branding. People who grew up on The Dukes of Hazzard, who drove their Confederate-flag-covered car, the General Lee, know exactly how deep in the culture this goes.

Already, NASCAR is feeling the heat, with social media posts spewing vitriol at them by the ton and NASCAR driver Ray Ciccarelli announcing that he is retiring in protest of the ban. In a now-deleted Facebook post, he wrote,

I don’t believe in kneeling during Anthem nor taken ppl right to fly whatever flag they love. I could care less about the Confederate Flag but there are ppl that do and it doesn’t make them a racist all you are doing is f—ing one group to cater to another and i ain’t spend the money we are to participate in any political BS!!

(If you’ve never heard of Ray Ciccarelli, that’s because he has never won a NASCAR race.)

What’s tragic about this is that NASCAR’s roots are not in bigotry or pining for the lost cause of the enslavement of African people. Stock car racing started with bootleggers who were juicing up their cars to outrun the cops and the Ku Klux Klan (many of whom were interchangeable). The Klan were strong believers in prohibition and ready to enforce it with violence. The stock car bootleggers were true rebels. Not in the traitorous Confederate sense, but in the style of rabble-rousing nonconformity. The original stock car drivers had more in common with the white folks in the streets this month calling for black lives to matter than they did with the Confederate-flag-waving Trump supporters who have been the backbone of NASCAR’s business for so many decades. What they are doing right now honors their true tradition, buried under decades of Confederate sewage.

This is a pivotal moment in sports history—from NBA players marching in the streets to NFL players challenging their league to stand up for black lives, to this remarkable decision by NASCAR. Whether this moment becomes a movement in NASCAR will depend on the drivers themselves keeping up the heat. They can’t be content with woke branding and think that they have done their part. They, far more than the personalities of any other sport, are going to have to challenge their fan base to pick a side. They say you can’t be neutral on a moving train. Can’t be neutral in a car doing 200 miles per hour either.