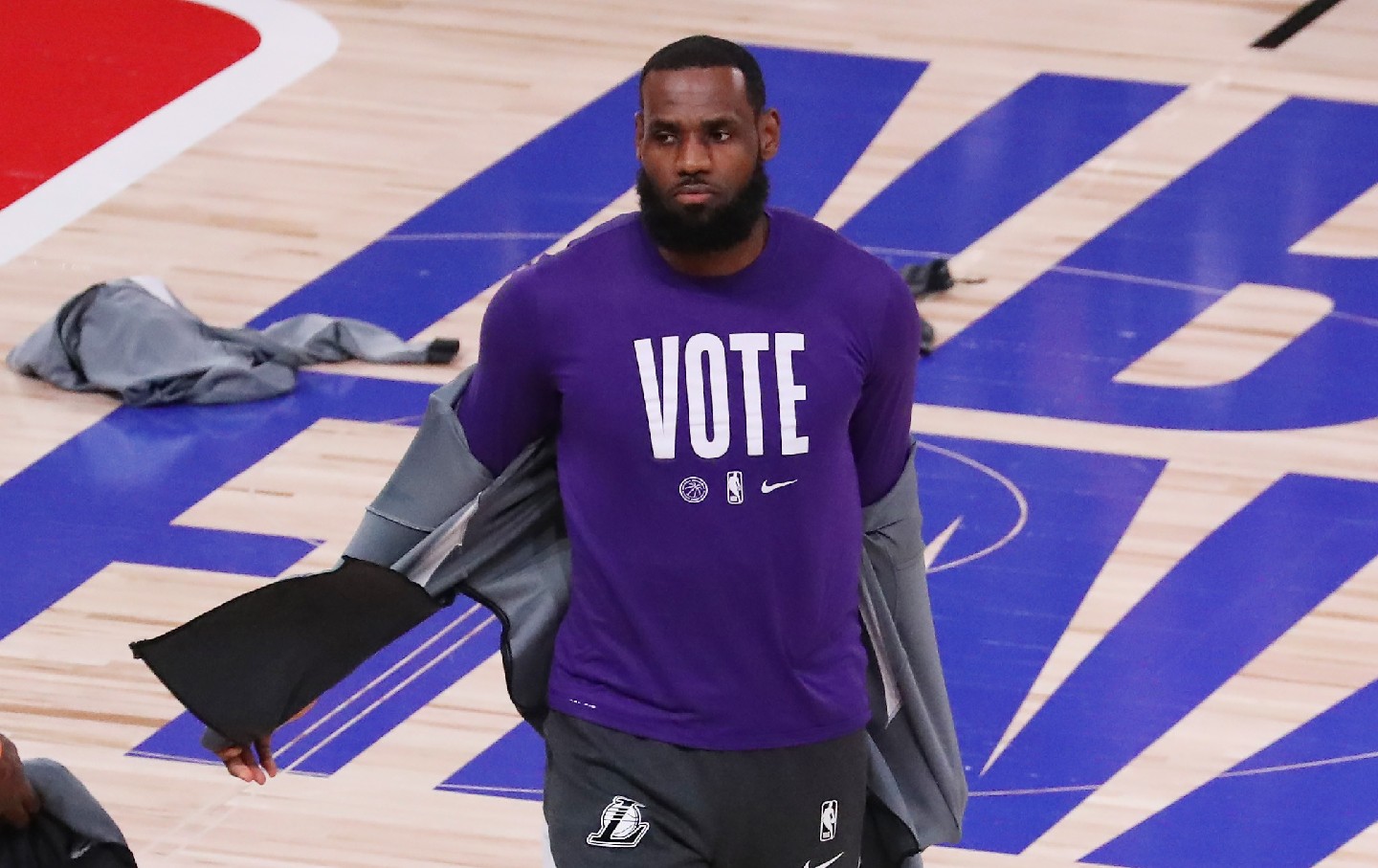 Sometimes there are “puff pieces,” stories meant to make us feel good about the state of our world, that actually reveal something rancid beneath the fluff. Such is the case in Missouri, where Kansas City Chiefs All-World quarterback Patrick Mahomes stepped up when he had to, and by doing so, revealed that we actually live a step down from a decent democracy.

Mahomes, who in the off-season following his team’s Super Bowl victory signed a record $450 million contract with the Chiefs, wanted to make Arrowhead Stadium in Kansas City a polling location on Election Day. The election board, however, said that this was a nonstarter; it didn’t have enough workable voting machines to make that happen. Instead of throwing up his hands, Mahomes bought new voting machines—splitting the six-figure cost with the Chiefs organization.

Speaking to Jim Trotter and Steve Wyche on the Huddle and Flow podcast, Mahomes said, “I thought it was very important not only just to get as many people out to vote as possible but also to use a place as Arrowhead where we have a lot of fun, show a lot of love and unity where people [are] coming together, and use that as a place where we can come together and vote and use our voice. I thought Arrowhead was the perfect place for it, and the Chiefs were all on board with it.”

Sure enough, the reviews from Arrowhead were sublime. Hundreds of people voted there, with minimal wait times. In addition, being able to vote in an open-air space during a pandemic surely put minds at ease.

This story is all fine and good, but it raises the question: Why do we need to depend upon the noblesse oblige of an NFL quarterback in order to make sure that people have the ability to cast a ballot? It’s absurd. In addition, many other stadiums were used as voting locations, part of an initiative by different sports leagues in cities around the country. Kudos to the teams for attempting to do something positive—especially in the context of rampant voter suppression—but it also feels uncomfortably like the voting version of New Orleans having to use the Superdome as the homeless shelter of last resort in 2005 after Hurricane Katrina smashed the levees. The city didn’t have adequate emergency shelter, but it did have this stadium, which had been given hundreds of millions of public dollars over the course of 30 years, to provide a tattered cover from the elements. It was a case of neoliberalism coming home to roost.

Similarly, in the context of voting amid a deadly virus, we should be able to provide safe, open-air polling places to all. We shouldn’t have to depend upon a corrupted Postal Service or lose this precious right. We also shouldn’t have to depend upon the local sports team that has sucked so much of the public treasury dry to provide what should be an expectation of citizenship.

In another gesture, LeBron James and Michael Jordan helped raise $27 million to pay off the court costs for formerly incarcerated people in Florida so they could vote. Their voting rights were supposed to be restored after a referendum in 2018 was overwhelmingly passed by Florida’s voters. But Governor Ron DeSantis, imposing a modern-day poll tax, said that all debts to the court needed to be paid off by the formerly incarcerated or they would not be able to cast a ballot. It was an outrageous diktat and was held up by five Trump judges. LeBron and MJ should be praised for their efforts, but needing to depend upon them to extract a measure of democracy from this system isn’t really democracy at all. It’s a system of oligarchical celebrity dependency.

We should be grateful for athletes like Patrick Mahomes for paying for the voting machines or LeBron James for trying to pay off the fines of the formerly incarcerated, but we need to make sure that what comes to us as charity from progressive wealthy elites becomes concretized as rights. I would love Mahomes or James to say not only that they are lending a hand but also that they shouldn’t have to be helping in the first place.