Right: My passport picture before immigrating to the US. (Luis Manuel Diaz)

The ongoing struggle for racial justice. The future for immigrant families. The health and well-being of all Americans. The very fate of our fragile planet. The United States faces a crossroads in 2020. Seeking out the stories flying under the national radar, The Nation and Magnum Foundation are partnering on What’s At Stake, a series of photo essays from across the country through the lenses of independent imagemakers. Follow the whole series here. This installment was produced with support from the Economic Hardship Reporting Project.

Some of the earliest memories I have of the United States after immigrating from Mexico are the long drives to the supermarket my father and I used to take. As soon as we entered the car, my father would put on his favorite CD, by Los Tigres Del Norte, and immediately “La Jaula De Oro” would start to play. This norteña​ anthem laments that the journey of migration, the opportunities that await in America, and the struggle to live the American Dream all come with great costs: “Although this cage is made of gold,” Los Tigres sing, “it does not stop being a prison.” As my dad nodded along, I could tell this was a lesson my father had learned himself, creating a life away from the country of his youth. But for me, it ended up taking a few years of living here to fully understand the complexity of the lyrics, and the pull they had on my father.

Like many other young immigrants and first-generation Americans, young Latinxs have seen and experienced what the pursuit of the American Dream can do to a body. Seeing our parents overworked, mistreated, and ridiculed while they are simultaneously expected to remain grateful for the scraps this country offers them has for decades shaped how our communities live in this country. There has been Latinx activism and organizing in this country for as long as the United States has existed, but for my generation of Latinx youth, things seem different: As a group, we seem to be throwing off the heavy burden this places on our shoulders and are confronting head-on the oppressive systems that shape our lives.

Nikki, in red, and Chanty.“ Our generation is more outspoken,” Nikki explains. “We honor our cultural background but we are also more likely to stand up for what we believe in and to teach the older generation where their views may be biased.” (Luis Manuel Diaz)

Latinx youth of my generation—I’m 24—have become more vocal than ever before, organizing around issues that affect our communities and pushing our friends, family, and neighbors to get involved in shaping our political future. “I think we are more outspoken” than the generations that came before, says Nikki. “We honor our cultural backgrounds but we are also more likely to stand up for what we believe in and to teach the older generation where their views may be biased.”

Liz with her boyfriend Nay. “Latinos have a lot of work to do when we talk about racism,” Liz says. “There’s a lot anti-blackness in our culture and we can do better by simply talking to and educating our family and friends.” (Luis Manuel Diaz)

Part of the shift has come from the recognition that the category Latinx is not a monolith: Our communities are composed of many races, religions, and nationalities. We come from different countries, different backgrounds. It’s a category that includes wealthy Cuban refugees alongside poor Indigenous Central American migrants, White Latin Americans alongside Afro-Latinxs. This diversity creates tension, and our generation is working to address the racism, colorism, and xenophobia that exists in many of our communities. “Latinos have a lot of work to do when we talk about racism,” Liz told me. “There’s a lot of anti-Blackness in our culture and we can do better by simply talking to and educating our family and friends.” Understanding that we all have racial bias, that there are learned behaviors that have been passed down from generation to generation, that white supremacy is a global issue and not specific to America, drives a lot of our organizing. “I want for everyone to come together, to become allies, because at the end of the day we are far more similar than we are different.” says Liz.

Then there’s the topic of immigration: Every four years, the presidential candidates make big promises about immigration, saying they’ll be the one to finally pass overdue policy reform, or threatening to shut the borders to Latinx immigrants. But the last comprehensive immigration reform and amnesty legislation was passed almost 35 years ago, so undocumented immigrants can be forgiven for not giving much weight to candidates’ promises. The Obama-era DACA program, which provided work authorization and protection from deportation for undocumented people brought to the country as minors, has so far survived the Trump administration, but it is far from the comprehensive immigration reform this country needs. As Berenice, a DACA recipient, told me, “To some, citizenship may not be much, but citizenship for others is the security blanket that many aspire a whole lifetime to obtain and only a few get.” Though being undocumented doesn’t define you as a person, it does set boundaries as how big you can dream. Yasmine, a DACA recipient, adds, “There’s so much uncertainty living in the US as an undocumented person. We can’t allow ourselves to dream too much because it can all be easily taken away.” Or as Berenice explained, “I feel like I am in constant limbo. Not knowing the future of DACA has kept me from looking into opening my business.” 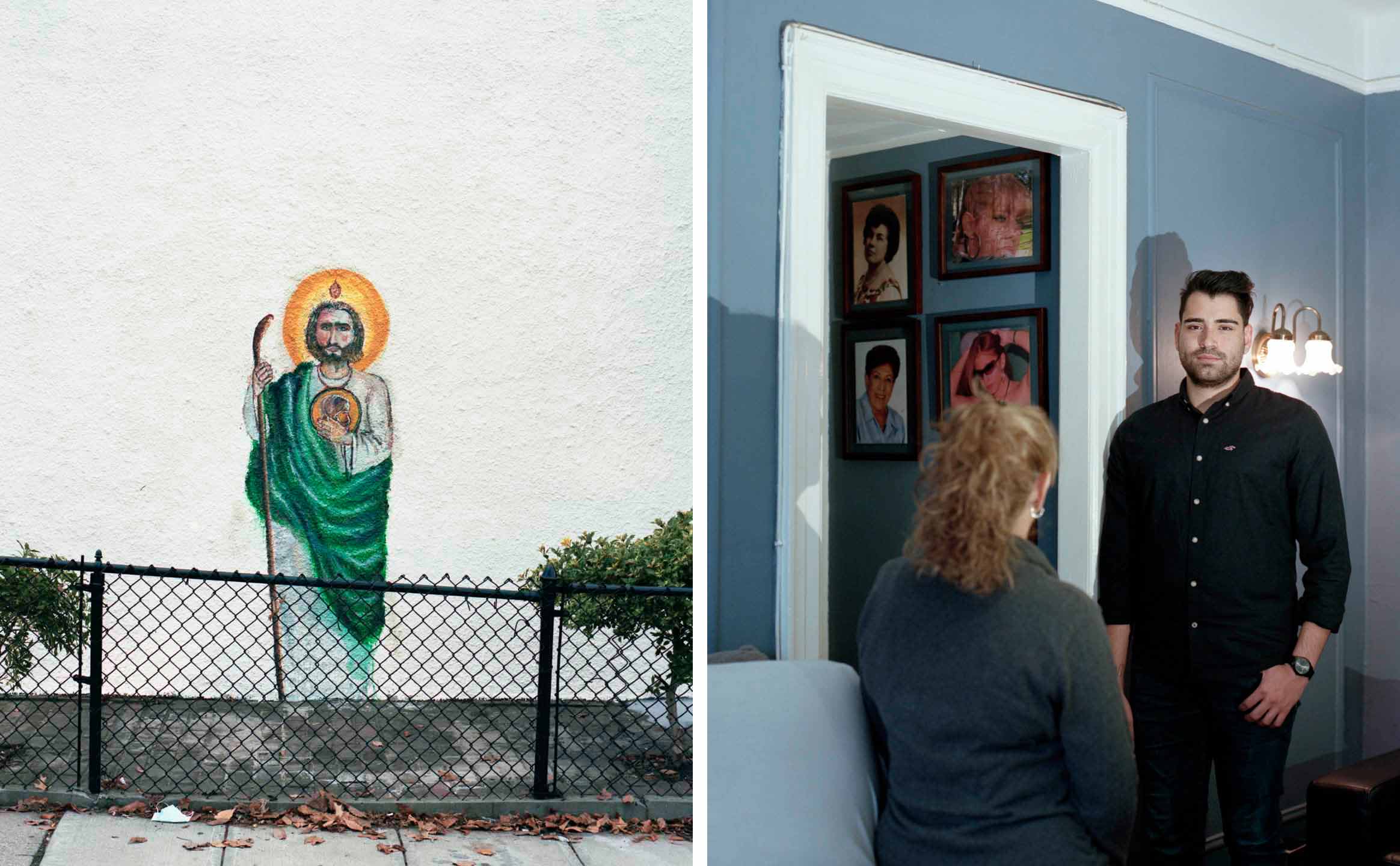 Right: Kristian with his mother and four generations of women in pictures on the wall. Right: Mural of St. Jude, patron saint of lost causes. (Luis Manuel Diaz)

Living as an immigrant in the United States these past four years under Trump has created a lot of fear and uncertainty within our communities, and we see the toll this has taken on our parents. Growing up, our parents seem like the strongest people in the world, but when we become adults oursselves, we begin to understand how great the burdens placed upon them were, and how much they struggled with them. “Young undocumented are at front of immigration reform, but we can’t forget about our parents, grandparents and neighbors,” Kristian, a former Dreamer explains. “They deserve protection as well.” 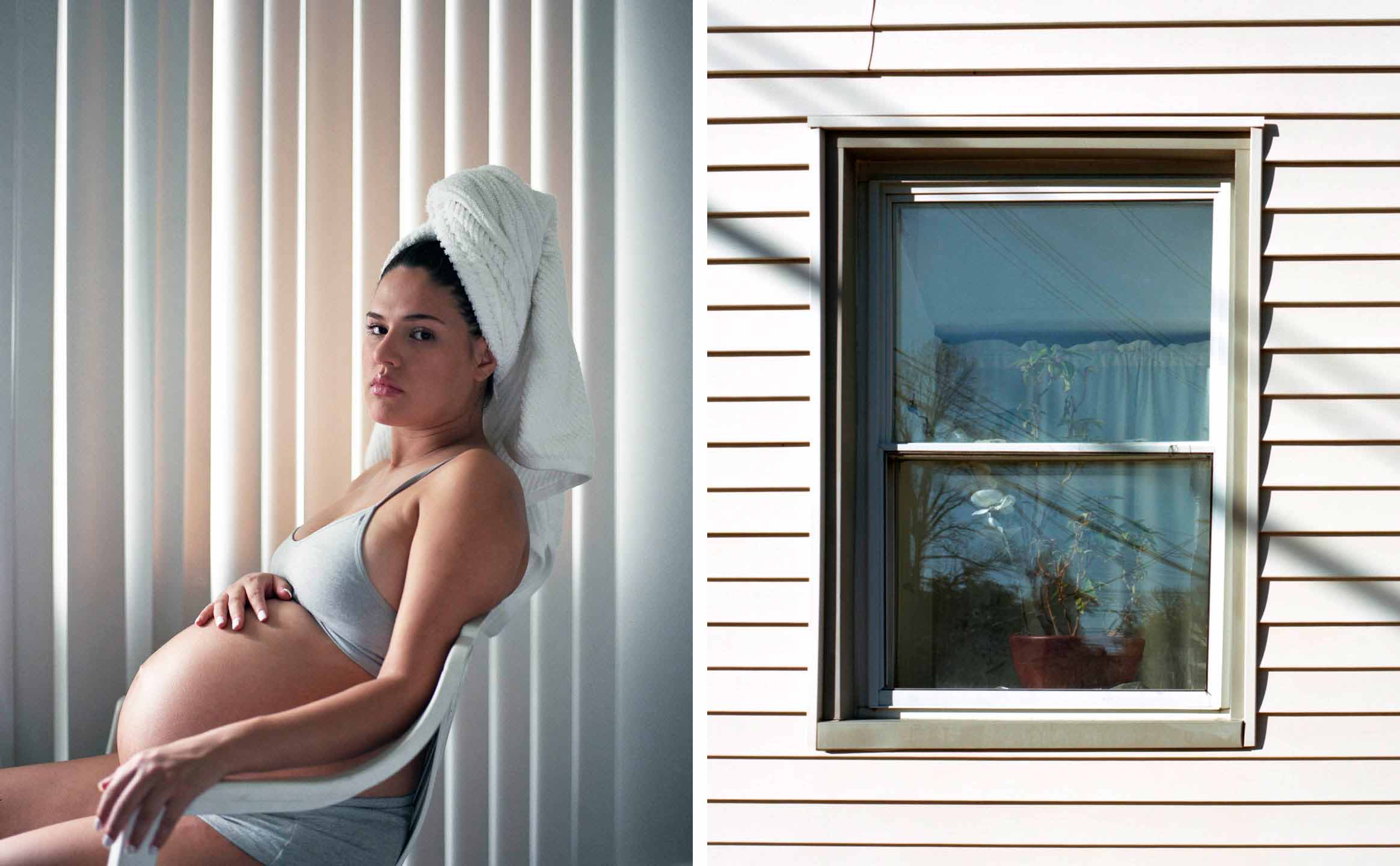 Bianca two weeks before giving birth to her daughter. “I want my little girl to know and learn about her family’s history, how both of her grandparents immigrated to the US for a better future. I want her to feel empowered by her roots.” (Luis Manuel Diaz)

Now that my generation is growing up, we’re entering the workforce, taking care of our parents, our brothers and sisters, and some of us have started a family of our own. We’re thinking of the future, not just for ourselves, but for those who will come after us. “I want my little girl to know and learn about her family’s history, how both of her grandparents immigrated to the US for a better future. I want her to feel empowered by her roots and not made to feel less than,” says Bianca. We feel the responsibility to keep our cultures and traditions alive and to not let them be consumed by assimilation. While honoring our parents and ancestors, we want to create a new Latinx identity in this country, one that’s founded on mutual respect and equity. We finally have the power to become the role models that we desperately wanted to see growing up. 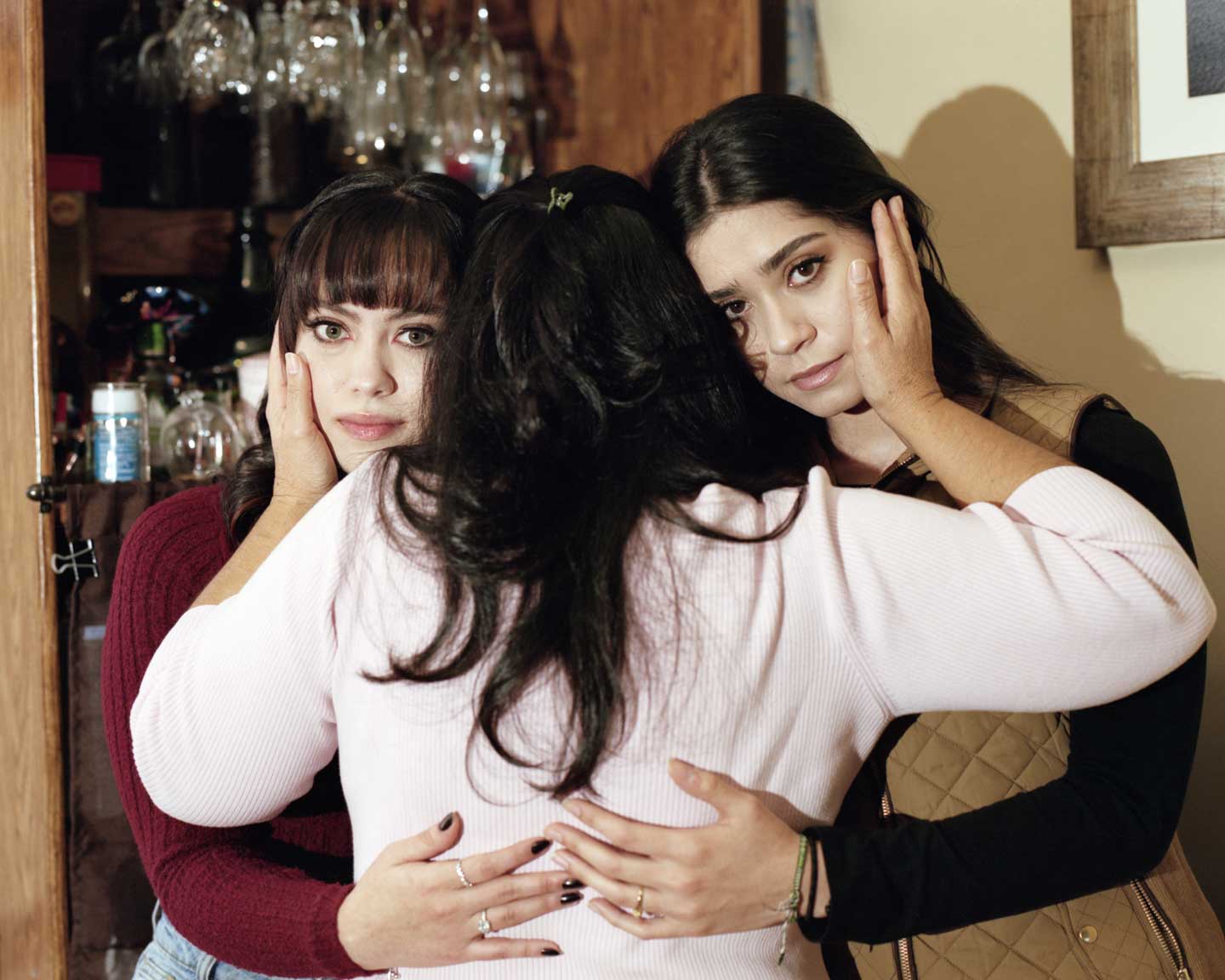 Correction: A previous version of this article incorrectly stated that DACA provided recipients with a path to citizenship. It does not. This article has been updated.