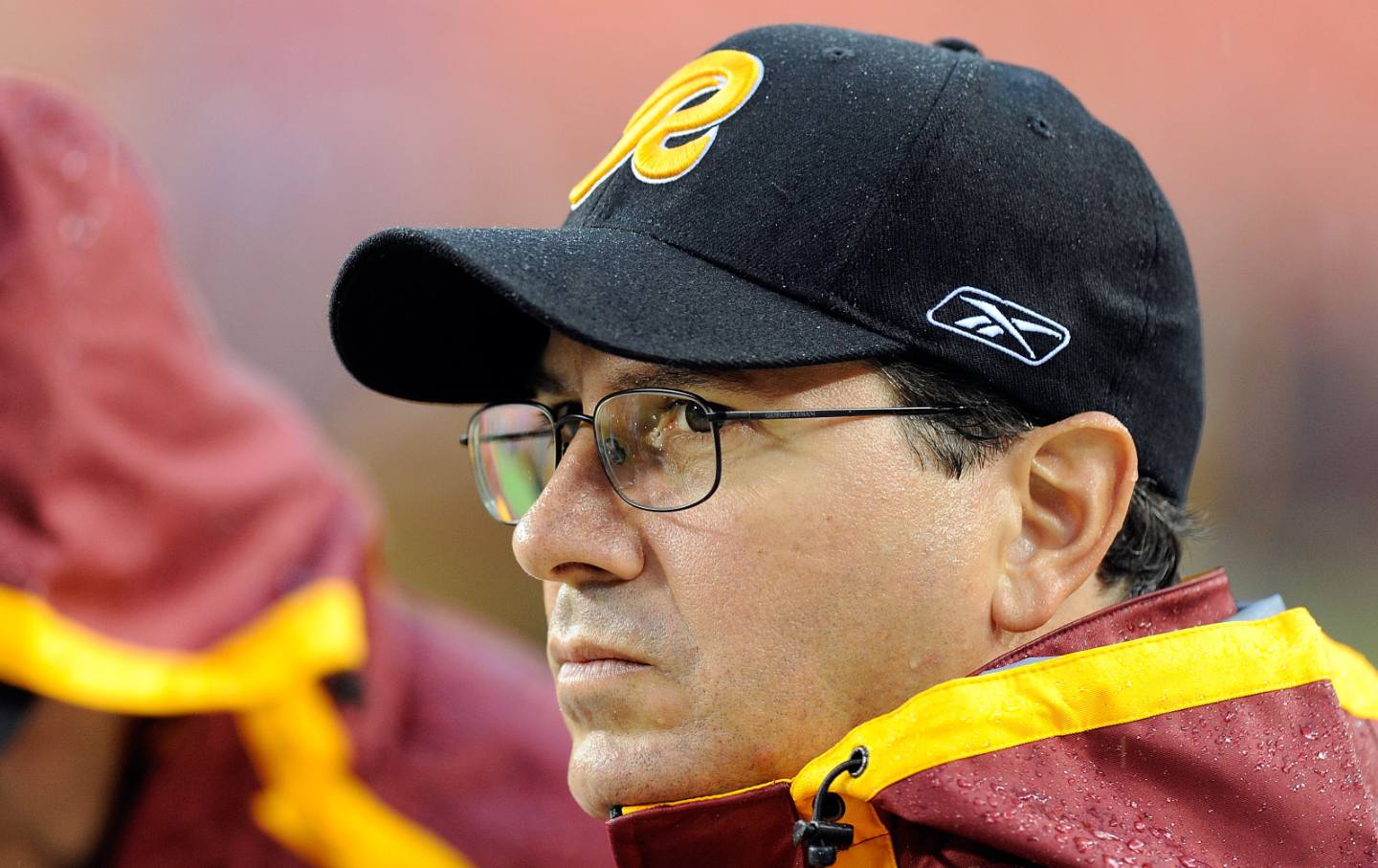 We are so close. After decades of demonstrations, meetings, and boycotts, the Washington football team has finally entered internal discussions about changing its dictionary-defined slur of a name. For the past 25 years, team owner Dan Snyder has refused to listen to the National Congress of the American Indian, the Idle No More movement, and the host of Native American activists who have pleaded with him to do the right thing. He has ignored the American Psychiatric Association, which concluded that these brands harm children. But this time, it’s different: He’s being forced to listen to his sponsors.

As The Big Lead reported,

Shareholders and investment firms involved with Pepsi, FedEx, and Nike have penned a letter to the gigantic sponsors asking they end their partnerships with Washington unless the team name is changed. AdWeek reports three separate letters were sent, signed by 87 firms and shareholders. This is significant because the 87 signees in question are reportedly worth $620 billion combined. That’s a lot of money talking to three of the biggest sponsors in sports.

Nike, the official outfitter of the NFL, has even removed the team’s apparel from its website.

Of course, these corporations didn’t just wake up one day and notice that the multibillion-dollar brand they were promoting is a racial slur against those that this nation dispossessed to create our outpost of settler colonialism. It has taken a national uprising against racism and white supremacy, which followed the police murder of George Floyd, to make this change ever so close to being a reality. Corporate sponsors are desperate to stay relevant to a younger generation that is more left-wing, less white, and far less accepting of the status quo.

Jacqueline Keeler, who founded the organization Eradicating Offensive Native Mascotry, says that the recent uprisings have been a game changer: “Without BLM’s activism and basically changing the playing field, change would not have happened. We owe this to the struggle of the black community. We always do. They are our leaders in this country for social justice. Always have been. Every success we’ve had has been made possible by their courage.”

True as this may be, people like Jacqueline Keeler, Amanda Blackhorse, Ray Halbritter, Suzan Shown Harjo, and many others are responsible for putting the team name up for public debate and scrutiny. They have always linked the struggle against mascot names to the harsh realities of Indian Country as well as to the broader issues of systemic racism and settler colonialism.

The DC area is only .6 percent Native American, according to the most recent Census. That near-absence of Native voices was a precondition for the team to have such a racist brand. Only because the team’s original owner was a white supremacist named George Preston Marshall, who kept the team all-white longer than any other NFL franchise, was the team saddled with a brand so obscene. It was these activists who over decades dragged that history out into the open so it could connect with the kind of powerful moment and movement that we are living through today.

But this struggle is not over. I won’t believe that the team has actually changed its name until the players take the field with a new moniker and logo. Snyder is such an erratic and impulsive personality that he could change his mind tomorrow and insist upon keeping the name that he clings to as desperately as Trump clings to Confederate statues. The pressure must stay on him: financial pressure, media pressure, and the pressure of Native American activists. Dan Snyder is on a precipice, facing away from the wrong side of history where he has always found a cozy home. He still needs to be pushed.