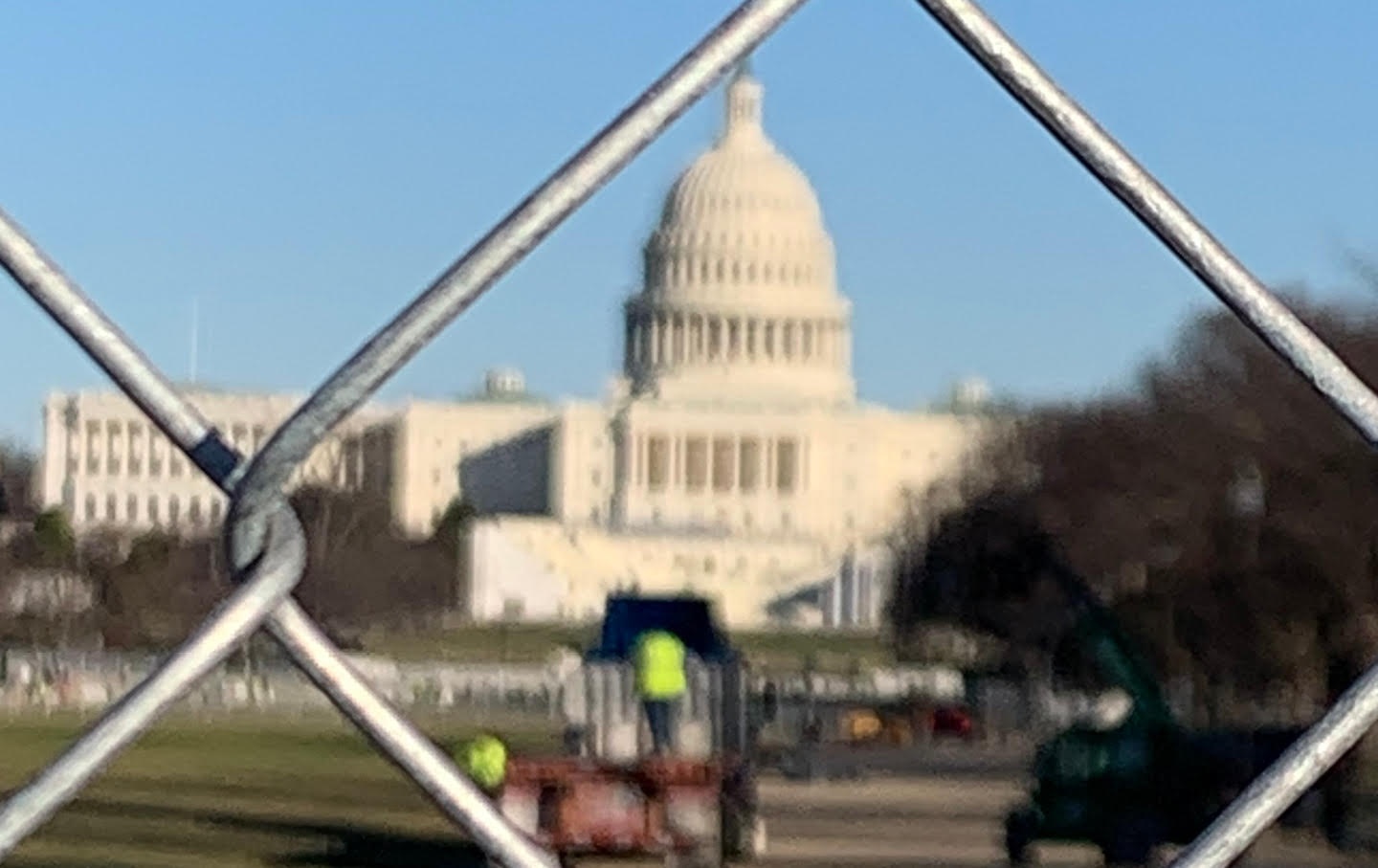 ashington, I wore two masks this past year—one to guard against Covid-19, another to hide my fear of the political violence that infected the nation’s capital.

Eleven thousand people died from the coronavirus in D.C. Nearly 50,000 were diagnosed with Covid out of a population of more than 710,000. And at the US Capitol, five people died when a white mob incited by then-President Donald Trump ransacked the building in an attack on democracy and the sanctity of the vote. As Washington reopens, it’s easy to celebrate survival, though it’s hard to claim real security from Covid and the other virus that has left American democracy on a ventilator. Even if the source of only one of those will be formally investigated—leaving prosecutions the only hope for answers about the unprecedented attack on the Capitol and capital—what happened mustn’t be forgotten.

District residents endured what no other place in the country has—a lockdown for a public health crisis and a crisis of democracy. After January 6, tanks had rolled into town. Twenty-six thousand National Guard troops were amassed. Surrounding waterways were patrolled by federal marshals. Armed soldiers and military vehicles mingled with the monuments and symbols that tell the official story of America, the postcard version that visitors from across the country and the world take home with them. Shortly before the inauguration of Joe Biden, I wrote a friend: “At the request of the Secret Service, the bridges leading to Virginia will be closed from the 19th-21st. (A main bridge has already been closed.) I immediately thought of John Carpenter’s Escape from New York. Manhattan is a penal colony, and all the bridges out are wired to explode if anyone tries to escape.”

We got a taste of what it’s like to live in a state of siege. I had to go no further than the corner. My home was on the periphery of a sweeping secured zone that included the Capitol and the National Mall, which were cordoned off by a massive chain-link fence. To the south this zone included the offices of the Department of Housing and Urban Development, which is bordered by a major interstate. I had imagined the nearby on-ramp to the interstate as my escape route if the capital descended into armed conflict, but National Guard tanks blocked the ramp.

Like other Washingtonians, I looked at the troops and worried, “Will Trump leave without a fight? Will there be blood in the streets before it’s all over?” And, as important, “Should we even trust the Guard to oppose the insurrectionists? Might they turn on one another, and then on We the People?”

The first night I drove home from the grocery store, two young Guard members stopped me as I tried to turn at the light to enter my complex. “I live there,” I said, pointing at the complex, ready to provide proof of address. After a brief pause, I was let through, though I didn’t understand why I would be questioned in the first place. As a Black woman, I wasn’t the reason the Guard has been deployed to the city.

Today the soldiers are gone. The last of them departed a few weeks ago. The metal fences that cordoned off the National Mall following the insurrection are gone too. I am leaving as well, for an ordinary reason, a different job. It strikes me, though, at this moment of reflection, that so much of what I love about D.C. has been eclipsed by memories of contagion and these multiple and still-uncertain efforts at containment.

Covid-19 cases have been reduced here. More than 42 percent of residents have been fully vaccinated. People talk of a return to normal, as if the crises we have experienced were just random interruptions in an otherwise predictable stream of events, not the movie trailer of disruptions to come. Health care experts anticipate a rise in cases in the fall and winter among unvaccinated people, and there are likely to be more variants, more pandemics in the future.

But for now, joggers leave puffs of dirt in their wake on the paths along the National Mall. Friends lounge on the bright green grass by the Washington Monument. Tourists pack the sidewalks on Independence and Pennsylvania avenues. People are out, masks off, while our democracy remains in critical condition.