The United States reacted to the 9/11 attacks with a military mobilization of unprecedented cost. Over the past 20 years, the US military has spent or requested about $5.8 trillion in today’s dollars. Add in medical expenses and disability payments for veterans, which according to research by Harvard’s Linda Bilmes will likely exceed $2.2 trillion by 2050, and the total cost of two decades of war is more than $8 trillion. Included in these numbers are the $704 million in “death gratuities” that have been paid to the survivors of the 7,052 service members who were killed as well as payments to civilians who were injured and the families of civilians who were killed.

Every country goes to war believing that it can win and that it will do everything it can to protect its own soldiers and the lives of noncombatants. But when things go awry, increments of force are often added—or surged—on the theory that a few more troops will make the difference. The war continues, and the costs in blood and treasure go up.

Wars take a toll on politics, too. Military operations may be shrouded in well-intentioned but unnecessary secrecy, and mistakes are hidden or downplayed. Voices of caution are often ignored, derided, or silenced as citizens, the media, and decision-makers rally around the flag and defer to generals. The Costs of War Project hopes that this accounting, and our other work, will promote transparency and facilitate informed conversations about current and future wars. 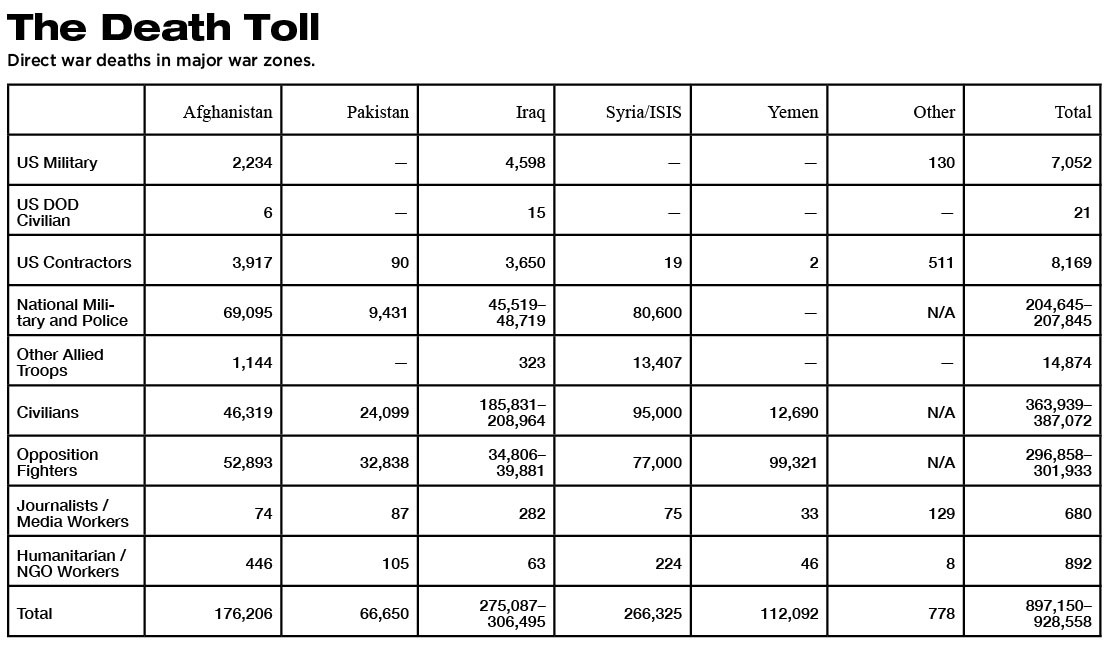 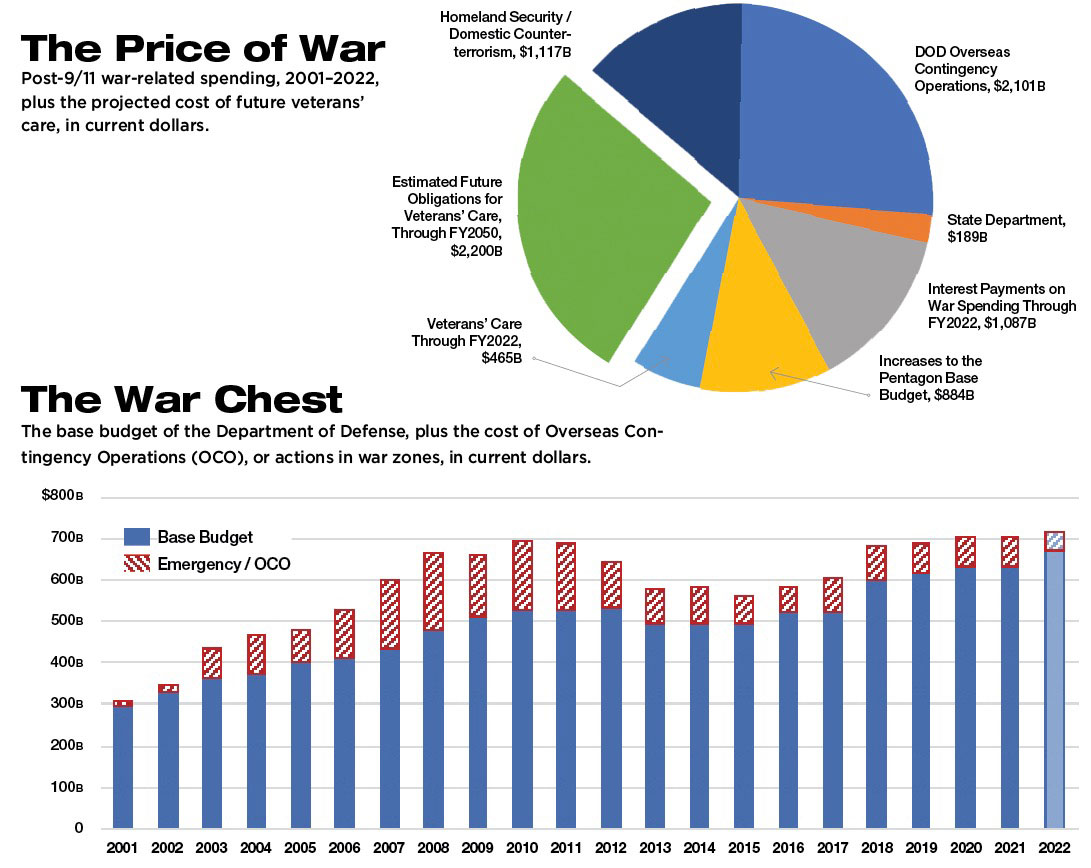 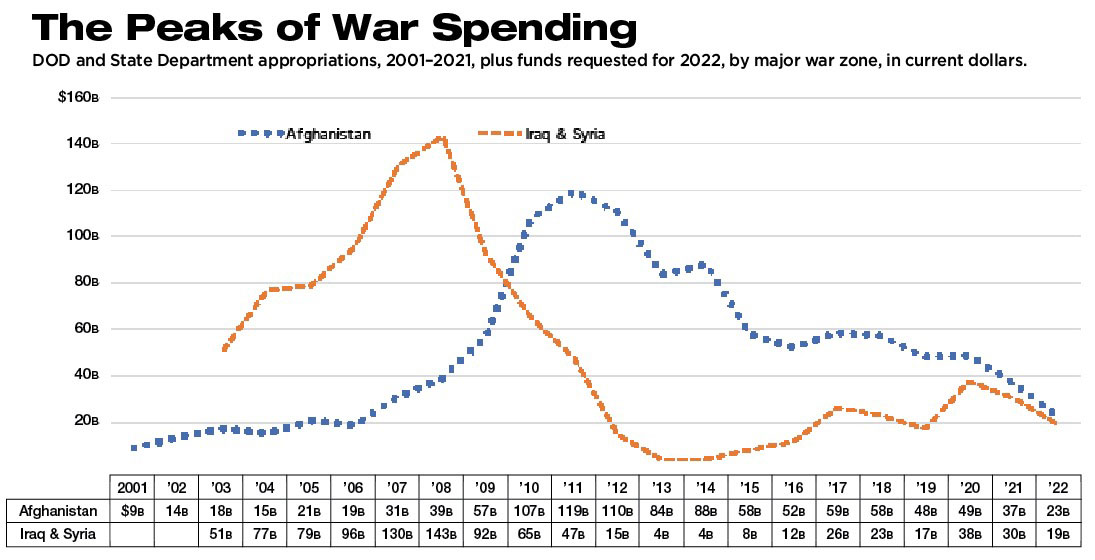 Democrats Dodged a Bullet in the Midterms, but the Culture War Is Far From Won