Brittney Griner is in a Russian jail, awaiting a May trial that could send her to prison for a decade on hashish-oil possession charges. That one of the most prominent basketball players on Earth has become a political prisoner as US-Russia relations disintegrate should be catnip for an opposition party. That fictional opposition party would be demanding information about Griner’s safety, decrying the Biden administration’s ineffectualness in bringing her home, and keeping her name in the headlines to increase pressure on Putin to not treat her like a bargaining chip. But the GOP has kept quiet, and anyone who thinks it is doing so in accordance with the wishes of Griner’s wife for privacy is huffing glue. Brittney Griner is a six-foot-nine Black, queer woman, someone whose identity the GOP seems to only know how to demonize. She also plays for the WNBA, which the GOP probably fears more than Biden himself, given the players’ history of tilting the entire US Senate in 2020 by backing the Rev. Raphael Warnock in his race against Republican white nationalist and WNBA franchise owner Kelly Loeffler. Griner’s identity, her very personhood, has earned her nothing but silence. 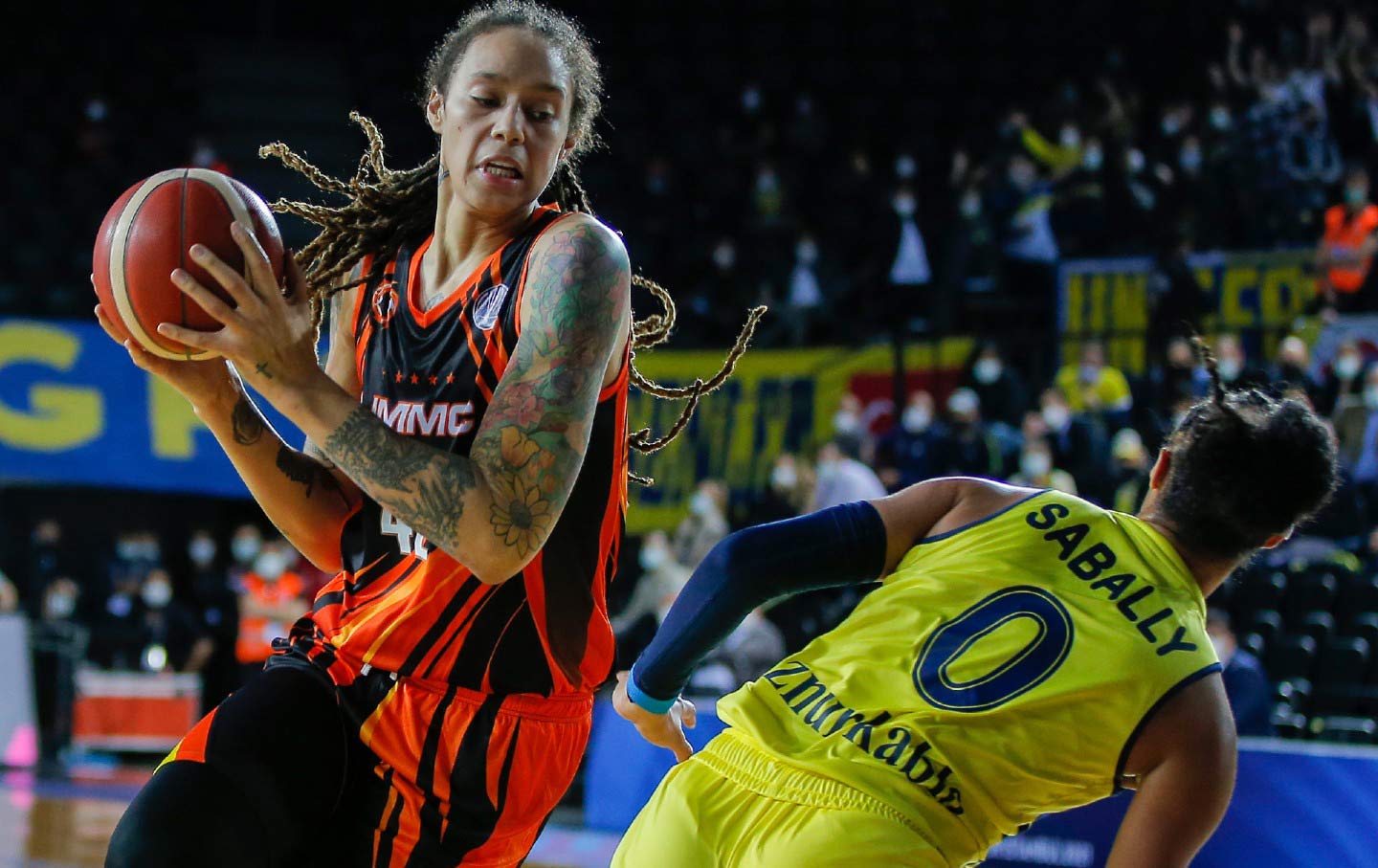 Yet Republicans’ quietude is not because they are too busy with Supreme Court hearings. They actually are keeping a remarkably close eye on women’s sports, just not on Griner. They’re focused on swimmer Lia Thomas, a transgender woman and, most recently, an NCAA champion. Misgendering Thomas and treating her success as a sign of the apocalypse has become a national obsession for both the GOP and a sector of liberal cisgender women willing to align with the darkest corners of our politics in order to keep trans people off the playing field. Even though Thomas competed according to NCAA guidelines for trans athletes, even though Thomas’s victory in the 500 freestyle did not translate to the other races in which she competed, even though she has the support of her team, she was going to somehow end women’s sports as we know them. There is zero evidence that trans women are anything more than barely visible in the world of women’s sports. Yet the GOP has used Thomas’s success as an occasion for moral panic, as 11 states have signed legislation banning trans kids from playing on teams under the banner of “save our girls” or “save girl’s sports.” There are 34 more bills out there, according to trans Hall of Fame triathlete Chris Mosier.

This is unspeakably cruel and has nothing to do with “saving women’s sports.” A photo of Iowa Governor Kim Reynolds surrounded by a sea of young white girls as she signed her ban gave the game away and was a revolting reminder of the ways that the clarion call to “protect” cisgender white womanhood has been used historically as an excuse for violence against marginalized populations. Anti-trans rhetoric and white nationalist movements have always walked arm in arm, and this photo seemed to celebrate that with less of a dog whistle than a foghorn. Suffice it to say, no one who looks like Brittney Griner was anywhere to be found near the governor’s desk.

Make no mistake about it: These laws are about attacking the very existence of trans identity and the ability for trans people to be visible and, frankly, even to exist in public spaces. To remove the opportunity of fun, play, and teamwork from trans kids is a form of cruelty, which is why thugs like Ron DeSantis are all in on this assault. Trans kids are already trying to find a place in a hostile world. These bills only turn up the hostility.

There have been some profiles in courage (although “courage” in this context could also be called “common sense,” and feels less like a celebration than a glass of water in the desert). The Republican governor of Utah, Spencer Cox, in vetoing a trans sports ban, exposed what a sham this all is and what the true stakes happen to be. He pointed out that of 75,000 kids playing high school sports in Utah, four are transgender and only one (1!) a trans girl.

Four kids and only one of them playing girls’ sports. That’s what all of this is about. Four kids who aren’t dominating or winning trophies or taking scholarships. Four kids who are just trying to find some friends and feel like they are a part of something. Four kids trying to get through each day. Rarely has so much fear and anger been directed at so few.

He went on to say, “I don’t understand what they are going through or why they feel the way they do. But I want them to live. And all the research shows that even a little acceptance and connection can reduce suicidality significantly.”

It must be noted that Cox in two paragraphs said more in defense of trans kids than most Democrats ever do. Their lack of a strategy to stand with trans people goes against Biden’s election promises and is shameful. As for the GOP, the commonality between Griner and Thomas is that Republicans reject them both out of hand, ignoring the plight of one and howling to the moon about the other. The Democrats have largely chosen silence, which exacts its own cost, making people feel self-conscious, shamed, or scared about holding their names up in solidarity. But it’s the GOP that has decided to tear Thomas’s identity apart while whistling past Griner’s peril. We must fight for a different framework in both these cases, and show Lia Thomas support while raising Brittney Griner’s name to the light. The GOP wants them both erased. That’s not going to happen, no matter how many children DeSantis and friends want to stomp on in the name of bigotry, division, and political aspiration.