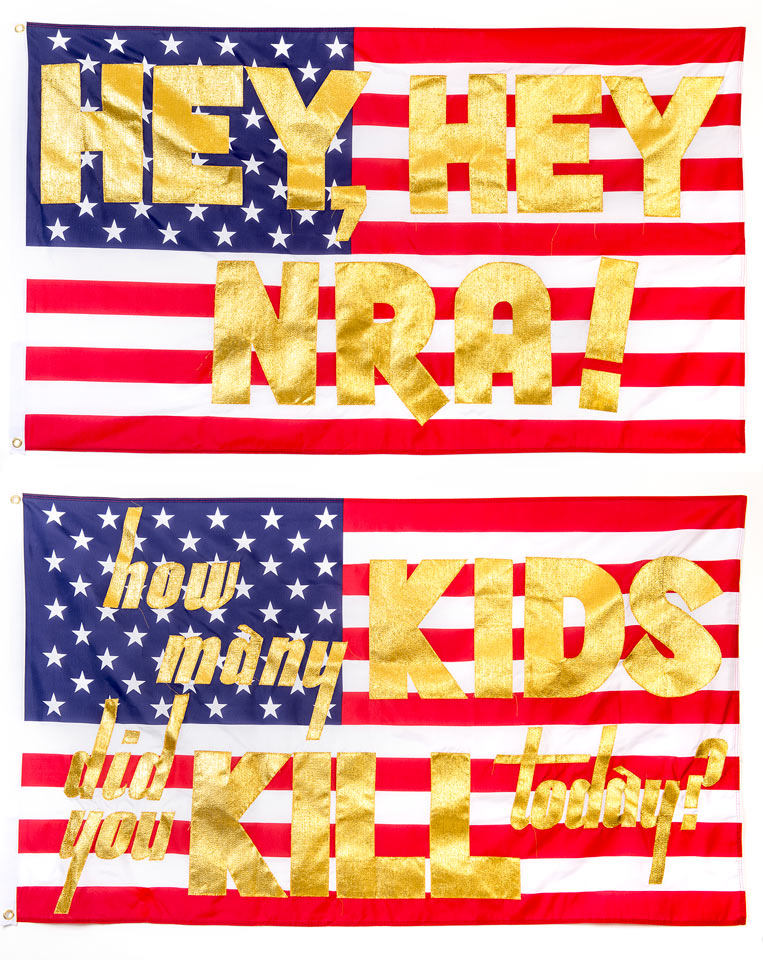 The Altered States Series began in 2016, during the presidential primary election cycle, as a comment on the decline in discourse. Since then, it has evolved to explore the yawning chasm between the ideals of a nation and the brutality of its practice. These flags have been used in protests and demonstrations; they come to life outside of the gallery walls.