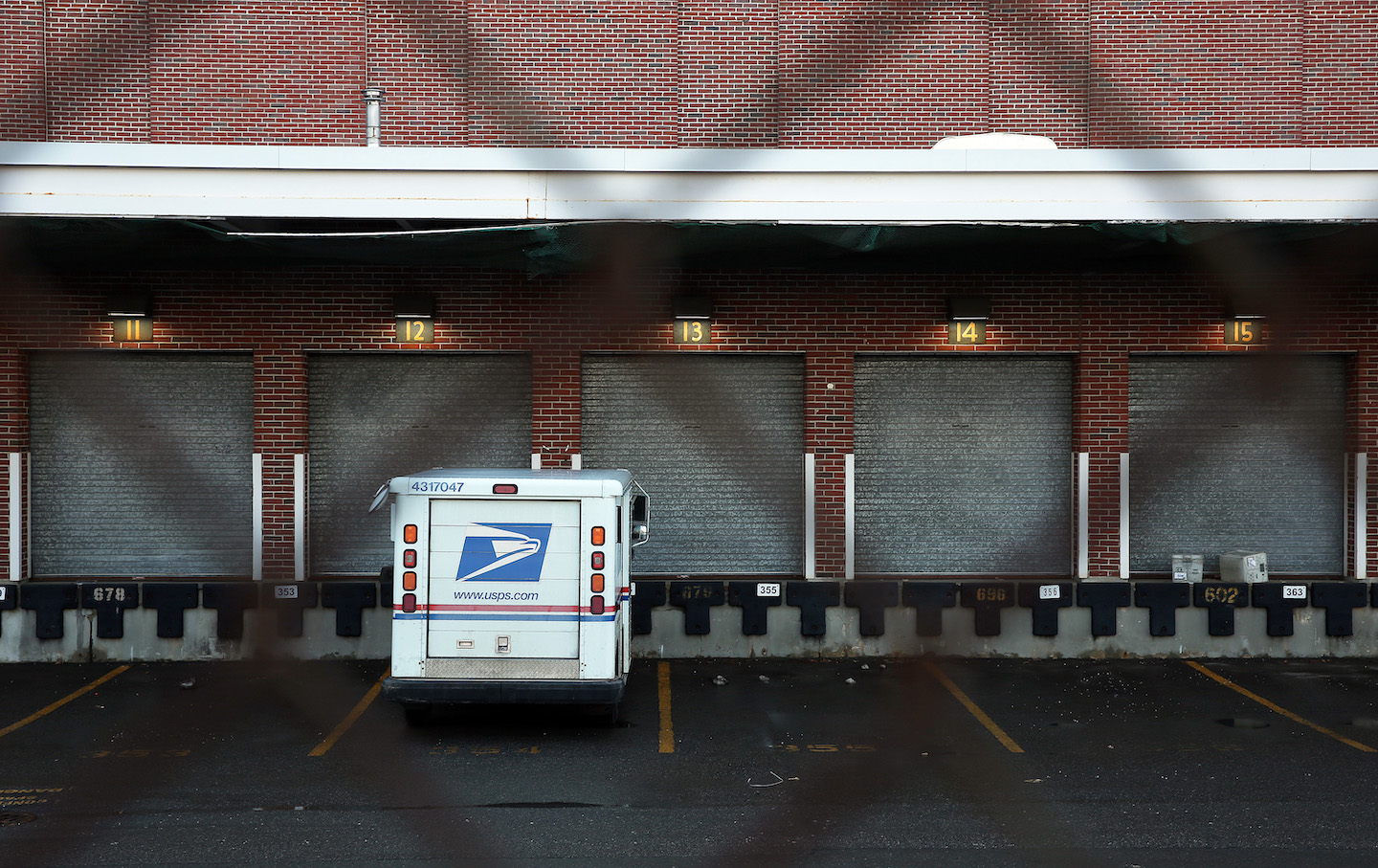 A USPS truck sits parked at the Post Office off Brattle Street in Portland, Me. (Staff photo by Ben McCanna)

In a year that shattered assumptions, even the trustworthy US Postal Service found itself at the center of a political scandal. Months after the pandemic delivered a gut punch to the already beleaguered agency, its workers became pawns in a partisan attempt to suppress voting by mail. Louis DeJoy, the Trump administration’s handpicked postmaster general, busied himself with sticking his fingers in the daily operations of the USPS, leading to dramatic disruptions in mail delivery ahead of the election.

Thanks to an unprecedented public pressure campaign, DeJoy was forced to suspend these changes, and tens of millions of people voted by mail without incident (or fraud). As a result of those votes, Donald Trump will soon leave office. Yet the Postal Service itself remains in dire need of reform. The agency’s long-standing structural problems are more apparent than ever, and DeJoy is poised to move ahead with his draconian efforts to slash delivery costs. It will be an uphill battle for President-elect Joe Biden to restore the USPS to its former glory—but as the past year has shown, the survival of our democracy literally depends on it.

Biden’s first obstacle will be the agency’s governing structure. DeJoy has no fixed term limit, and only the board of governors has the power to replace him. All six of its current members were appointed by Trump, which allowed the board to ram through DeJoy’s nomination last spring. Biden has pledged to appoint Democrats to fill the remaining vacancies, but he will still need more appointments to the nine-member board before his party has a controlling majority. That could take until 2022, and until then he won’t have the opportunity to oust DeJoy.

The road to any Biden-era postal reform, then, may run through Capitol Hill. The Constitution grants Congress broad authority to regulate the Postal Service, but lawmakers over the past decade have all but abrogated that power. At the onset of the pandemic, they restricted postal aid in the first CARES Act to a $10 billion loan from the Treasury, refusing to provide the direct cash infusion that USPS leaders said they needed. However, the second coronavirus aid package forgives this loan, which shows that lawmakers may have more appetite for direct aid now that Trump is fading from view.

Once the Covid-19 pandemic is over, Biden must urge Congress to take immediate action to help the Postal Service get back on its feet. The first and most important task is the repeal of the pre-funding mandate, a 2006 law that requires the USPS to fund retiree health benefits up to five decades in advance. A one-line amendment to revoke this mandate, which has proved disastrous for the agency’s finances, would free up billions of dollars overnight.

Other bills could allow the Postal Service to raise revenue through measures like offering low-interest bank accounts to the general public. Such accounts, which would provide security to poor families who don’t otherwise have access to credit or financial services, should become a priority for progressives.

Yet even with Nancy Pelosi holding the speaker’s gavel in the House, Biden will need support from Senate Republicans if he wants to pass any of these measures. Fortunately for him, there are indications that the GOP’s few remaining moderates, such as Senators Susan Collins and Steve Daines, are keen to take action on postal reform. Given the nature of gridlock in the Senate, though, it will take more than a little nudging from Biden.

Thus he should take a cue from Trump and use the presidency as a bully pulpit for the Postal Service. When Trump wanted to nix voting by mail, he threatened to veto any aid package that included money for the USPS, and Biden can adopt the same hard-line stance for the opposite goal. The president-elect can fulfill the values he espoused as a candidate with reforms that will strengthen crucial voting infrastructure and provide key protections for thousands of postal workers. Biden may not have immediate authority to direct postal operations, but his position on the agency will help steer the next four years of policy.

The spotlight thrown on the USPS by a pandemic election provides the perfect opportunity to fix an institution that millions of Americans rely on every day. It will be up to Biden to ensure that this opportunity does not go to waste.