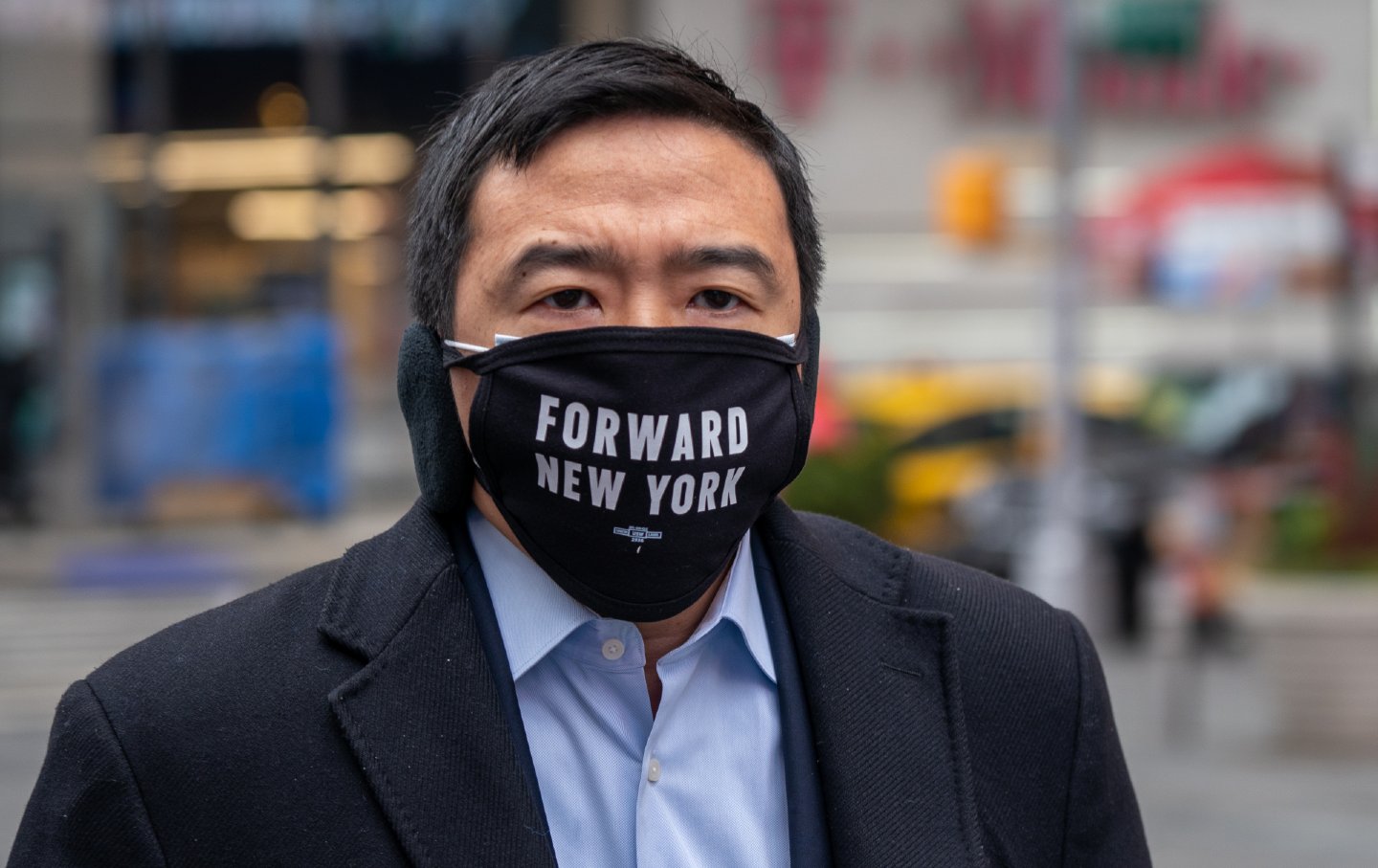 As a long-shot 2020 presidential candidate, Andrew Yang offered an entertaining diversion from the grimly serious business of defeating Donald Trump. Yang’s “MATH” hats, unabashedly nerdy followers, and uncanny ability to bring any social problem—from systemic racism to the crisis in health care—back to his panacea of a universal basic income mattered less than his entrepreneurial enthusiasm, PowerPoint persona, and air of business acumen.

But if his current poll numbers hold, Yang might actually become the next mayor of New York City—and that would be a catastrophe. New York has already had a rich dilettante as mayor. And Mike Bloomberg, for all his abundant faults, was an actual businessman who built and ran an actual corporation. The biggest organization Yang has ever run is his presidential campaign—which won him zero pledged delegates and fewer total votes than Tom Steyer. His candidacy did win him enough media attention to fuel a second career as a celebrity pundit—which must have made running for mayor seem like a win-win proposition. And at a time when Asian Americans are the target of hatred, Yang’s positive campaign and youthful followers have been a source of pride to a community too long overlooked amid New York’s competing constituencies. But, his repeated missteps—fleeing the Covid-stricken city, urging a crackdown on street vendors (many of them immigrants), clumsily attempting to pander to the LGBTQ community and to Orthodox Jewish voters—would have sunk a campaign that was based on issues rather than personality.

Yet in the era of social capitalism, when a Twitter following is easily converted into a donor base, Yang’s momentum may be hard to stop. Though there have been few reliable polls, he maintains a wide lead in those that have been released. While that may mostly be due to the name recognition he accrued during the presidential campaign, his mayoral bid—guided by Tusk Strategies, the consulting firm run by Bradley Tusk, Bloomberg’s former mayoral campaign manager—has been adept at nurturing a “front-runner” aura.

In ordinary times, Yang’s quest might qualify as harmless entertainment, a reality-TV spectacle for the chattering classes. But with New Yorkers still reeling from more than 50,000 Covid deaths and the city’s economy shattered and in desperate need of repair, the stakes are too high, and the cost of failure far too great, to elect a mayor who will require on-the-job training. As the disappointment of Bill de Blasio’s two terms amply demonstrates, good intentions are simply not enough to deliver the leadership the city needs. 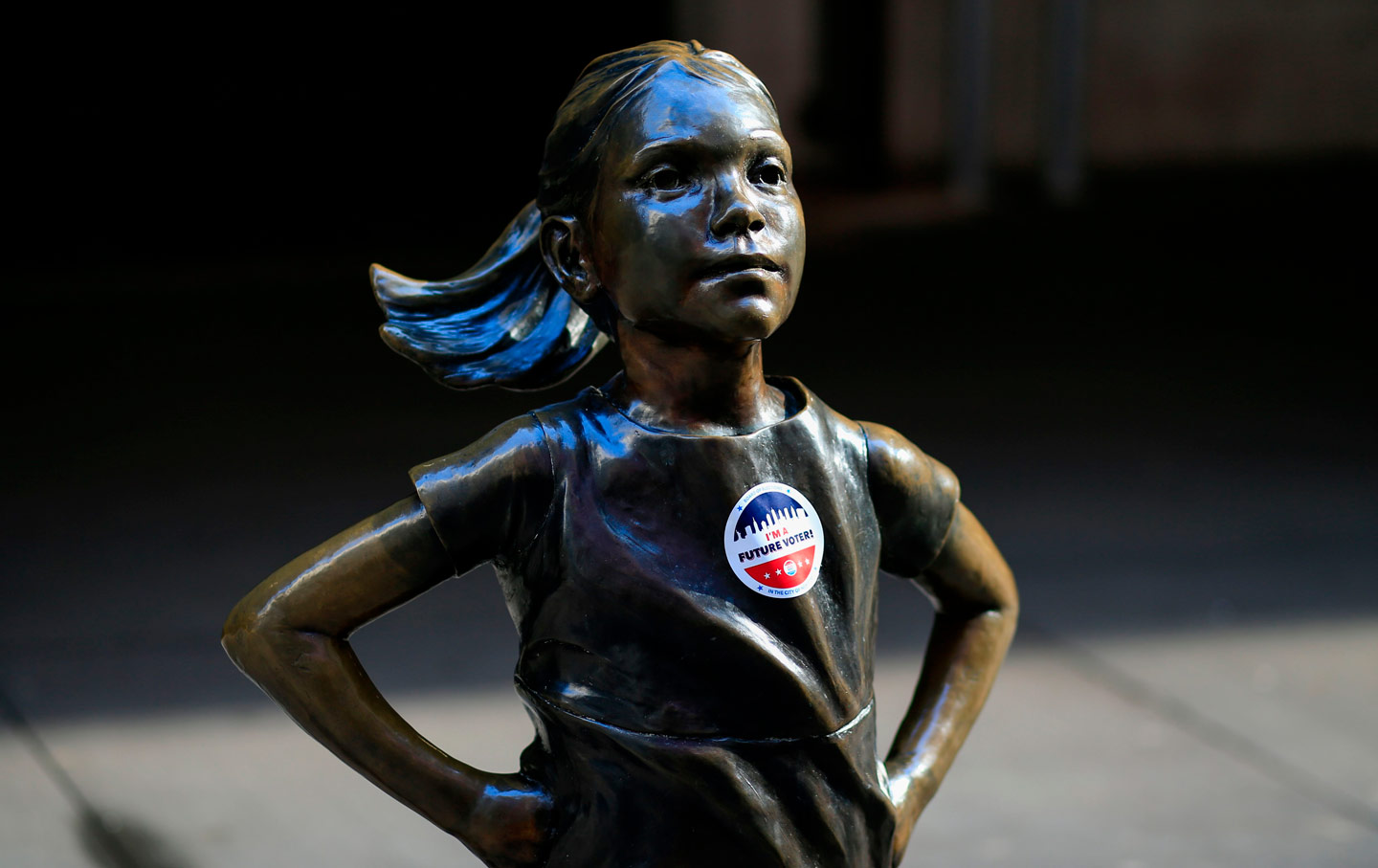 How Ranked-Choice Voting Is Changing Progressive Politics in New York

The bad news is that with less than two months until the Democratic primary (which in the absence of a free-spending celebrity billionaire on the Republican line will determine New York’s next mayor), progressives have signally failed to coalesce around a single candidate. Instead, partisans of Dianne Morales, Scott Stringer, and Maya Wiley all offer plausible arguments for why their candidate deserves support. Morales, the furthest behind in the polls, was ranked second by members of the New York Working Families Party. Her unabashed run on the left has energized many millennial voters, and as the sole Latinx candidate in a city where at least a quarter of the Democratic electorate is Spanish-speaking, she has growth potential. As comptroller, Stringer has a citywide base—and a long history of outspoken support for progressive causes that earned him first place in the WFP rankings and the backing of unions ranging from the Teamsters to the United Federation of Teachers. Wiley, who served as counsel to de Blasio and chaired the Civilian Complaint Review Board, also has significant union support—and, like Morales, argues that after centuries of being run, often badly, by men, New York should put a woman in charge.

Though former sanitation commissioner Kathryn Garcia boasts the second most impressive résumé in the race, she faces the perils of running on competence alone. New York’s electorate is too big, and too balkanized, for a candidate without a base to break through. As leader of the city’s most populous borough, Brooklyn’s Eric Adams has a base. But he also has a record—as a conservative, a former Republican, and an ex-cop—that suggests progressives should look elsewhere.

The good news is that thanks to ranked-choice voting, even with multiple candidates vying for the left lane, a progressive can still be elected. The key, as Nation contributor John Nichols has written, is for voters to rank progressives as their top picks on June 22—and then stop. The genius of ranked choice is that progressive voters can go with the candidate they like best—so long as they leave Yang off their list. Whether New Yorkers follow Working Families Party state director Sochie Nnaemeka’s advice to “rank Scott as first choice, Dianne as second, and Maya as third to prevent a corporate-backed candidate from seizing power in City Hall” or prefer a different order, the crucial point is her conclusion. Withholding votes from candidates who are too corporate, too cautious, or too unprepared to lead the city is the best strategy to save New York from a return to unbridled gentrification and callous indifference to poverty, racism, and police brutality.

EDITOR’S NOTE: After this article went to press, Jean Kim, a lobbyist who worked as an unpaid volunteer on Stringer’s 2001 campaign, accused him of sexually assaulting her. The allegations, which Stringer has categorically denied, certainly deserve to be taken seriously–and, if true, would be disqualifying. However, while one prominent supporter, State Senator Jessica Ramos, has joined some of Stringer’s opponents in calling for him to withdraw from the race, as of this morning the Working Families Party and the unions backing Stringer have not done so.