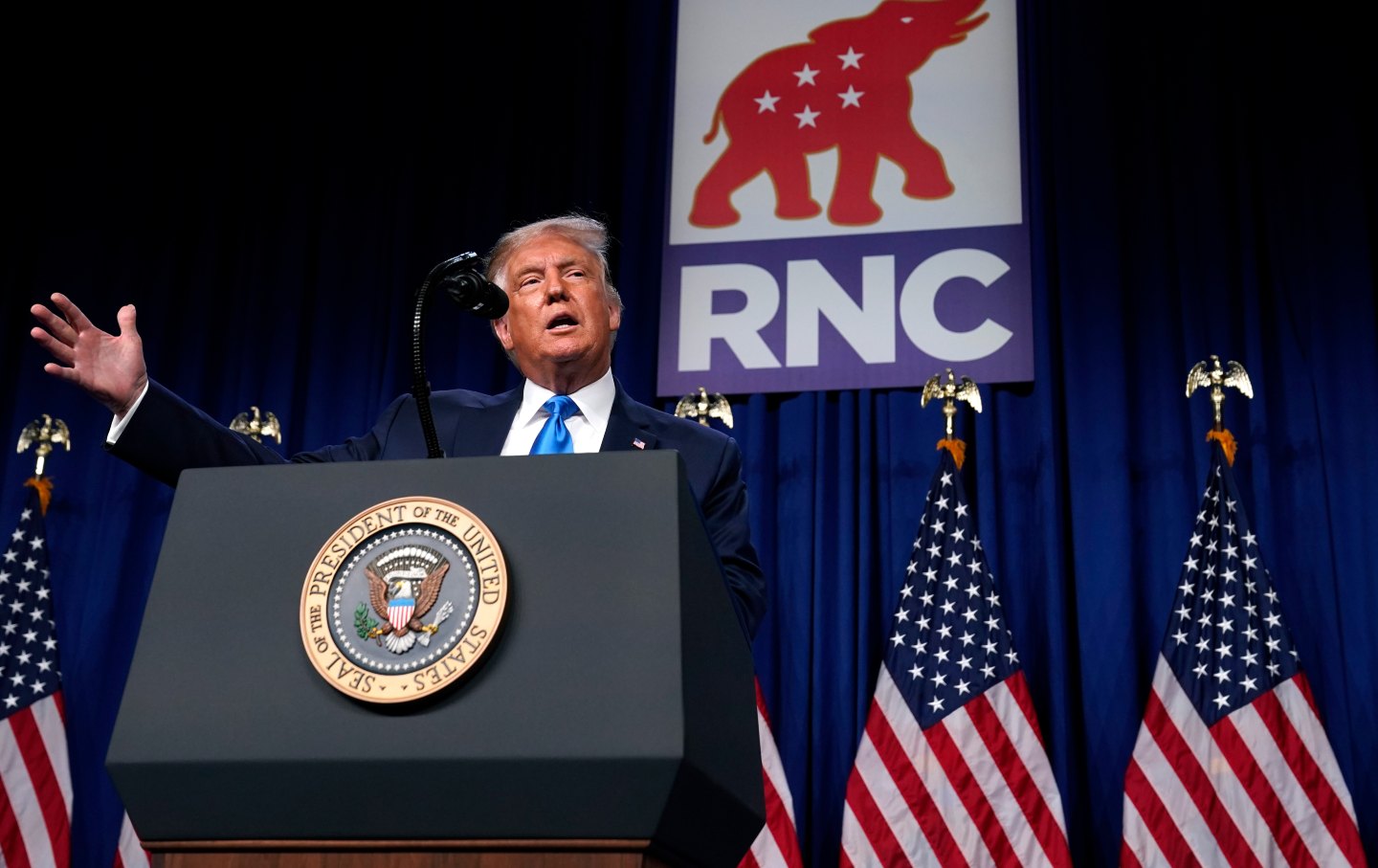 Every night of this week’s virtual Republican convention is featuring President Trump as he labors to convince Americans to reelect him despite presiding over the worst economic collapse since the Great Depression, contributing to the deaths of at least 173,000 Americans from the pandemic, and facing huge demonstrations over the racial tensions that he loves to fan. Even more challenging, he must once more beguile the victims of his greatest con: the working men and women who voted for him, believing his promise that he’d take on the establishment that failed them.

Like the proverbial peddler of snake oil, Trump won’t be confined by the truth. He’ll sell a mythic past and a magical future. Perhaps he’ll even float a miracle cure for the pandemic. As for the calamity, he’s already told us, “I don’t take responsibility at all.” He’ll blame the Chinese, the “deep state,” Barack Obama, antifa, socialists. What is hard to hide, however, is his betrayal of the working people who propelled him to office.

Trump promised to overturn the establishment that had rigged the economy against them. He would bring back good jobs (especially in manufacturing) with “America first“ trade policies and by taking on China. He would replace Obamacare with a cheaper and better system. He would rebuild America’s decrepit infrastructure, “drain the swamp,” and make America great again.